Smooth Traveler Where the West gets real — McAllen, Texas 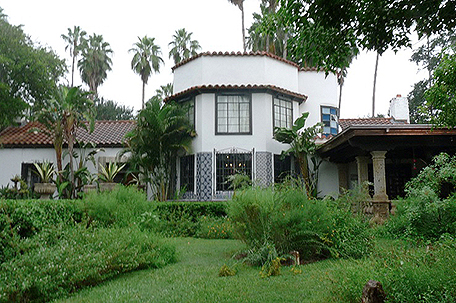 The Caddo Indians inhabited Texas for more than 11,000-years before Europeans arrived. It was their word — “tayshas,” meaning “friend”– that the Spanish pronounced “tejas.” It would give rise to the name Texas.

In 1519, Alonso Alvarez de Pineda was the first documented European explorer of the McAllen area, but a formal settlement would not occur until more than 200 years later. The land was part of a porciones given to Antonio Gutiérrez and Juan Antonio Villareal in 1767 by the Spanish government. José Gómez established the Santa Anita Ranch in 1797 and people migrated to the region. Gómez’s great-granddaughter, Salomé Ballí, eventually inherited the land and she wed the ranch manager, John McAllen, in 1861. The ranch became known as the McAllen Ranch and the existing city of McAllen is within that ranch’s 160,000-acres. (www.southtexastourism.com).

Alvar Núñez Cabeza de Vaca introduced horses and cattle to Texas in 1528. By the late 1600s, the vaqueros — ranchers who were a mixture of Spanish, Native American, African- American, and Criollo descent — were the state’s acknowledged ranching experts and the first “cowboys.” Most of the words we associate with cow herding are Spanish and African in origin. Vaqueros usually sold their services independently and were often recruited from Mexico for their skills. They owned their own horse and ropes. Black cowboys were always an integral part of the southwestern ranch culture. Estimates put their numbers at up to 9,000, roughly 25 percent of cowboys. Many were fugitive slaves and later former enslaved men seeking a new life. 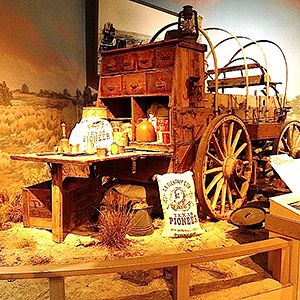 The ownership of the land between the Nueces and the Rio Grande Rivers was a contested border between Mexico and the US. The border eventually became the Rio Grande and the “Nueces Strip” became a line on the Underground Railroad. Freedom seeking slaves from Texas and Louisiana used it to escape to Mexico because Mexico’s mulatto president Vicente Guerrero abolished slavery in 1829.

In 1866, the Army Reorganization Act facilitated the organization of two cavalry and four infantry regiments of African Americans. The units were segregated and would become known as Buffalo Soldiers. They were dispatched across Texas to build forts, accompany wagon trains and stagecoaches, apprehend fugitives and subdue enemies.

The $45-million McAllen Performing Arts Center’s design reflects that environment. A bronze sculpture, “The Vaquero of Nuevo Santander”, stands on the center’s exterior and pays homage to the Tejano cattlemen of the 1700s.

The heritage of the lower Rio Grande region, from prehistoric beasts to current culture, is recounted in the Museum of South Texas History. Tours begin in the Spanish Colonial Revival Grand Lobby with decorative tiles, ironwork and mesquite doors. The history is presented chronologically through dioramas, documents, artifacts, and audio. (www.mosthistory.org).

Forty years ago, the International Museum of Art & Science was founded. The museum combines bilingual hands-on science exhibits with the largest collection of Mexican folk art in the nation, a 4,500-object folk-art and textile collection that dates from the 1500s. (www.mcallenart.com). 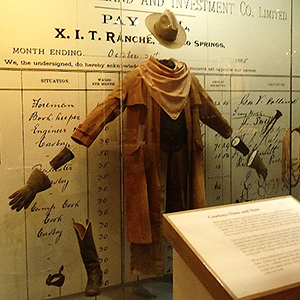 McAllen Public Library is the largest single story library in the country. The building is a redesigned Wal-Mart filled with state-of-the-art technology and community-related services. Self-guided tours are offered. (www.mcallenlibrary.net).

McAllen is a significant destination for birders from around the world. They flock here to witness the great migration. Nearly 500 bird species have been recorded here, many unique to the region. The city is part of the Texas Tropical Trail Region that encompasses nine locations along 120-miles of river road. More than 75 percent of the nation’s bird species can be seen there. (www.texastropicaltrail.com).

The World Birding Center is part of the Quinta Mazatlan Historic House complex that features the 1935 adobe home, nature trail, 15-acres of bird habitat, sculptures and conference center. The historic home was built using 10,000 adobe bricks and government certified Televera tile. Tours of the house and walks along the trails are spectacular. (www.quintamazatlan.com).

McAllen has a unique vibe that is a distinct mixture of the ethnicities that impacted on its history.  One of its most potent exemplifiers is its cuisine. Visitors can opt for traditional Mexican and Tex-Mex dishes at a variety of restaurants. Authentic Mexican food is believed to have its roots in Mayan culture. Tex-Mex is regional and is a blending of both Spanish and Native American cuisine. 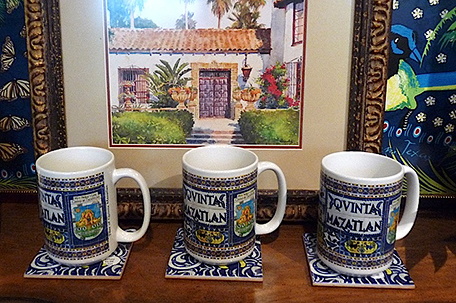 Delia’s Tamales are considered the best in Texas. Delia began selling her fresh tamales door-to-door about 30 years ago . In 1999, she opened the first of three restaurants. Her tamales can now be ordered online. (www.deliastamales.com).

Cambria Hotel & Suites McAllen Convention Center is centrally located and within walking distance of many attractions. It features regional art and all the amenities necessary to make your stay memorable. (www.cambriamcallen.com).

The past is alive in McAllen, and the cultural blend and diversity is unique and evident all around you.