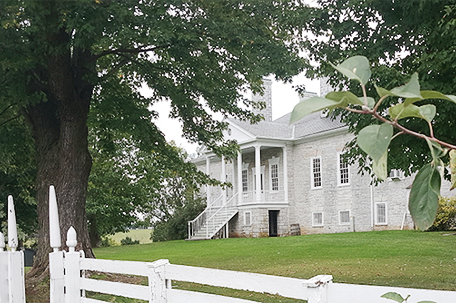 For a small city, Winchester, Virginia has a huge history. Once a Shawnee Indian camping ground, Pennsylvania Quakers found it to be fertile land to settle on in 1732. The city was founded in 1744 by Col. James Woods and remains the oldest city west of the Blue Ridge Mountains. Four years later, a 16-year-old George Washington visited Winchester to survey the land and shortly thereafter the presence of African Americans is documented in the area. The area in general and the city in particular were important because it was on the Great Wilderness Road, the main migration route from Philadelphia to the southern territories. (www.wildernessroad-virginia.com).

Winchester is situated in the northern portion of the Shenandoah Valley and offers some of the nation’s enviable panoramic mountain views. As the Apple Capital of the country, and one of its largest exporters, it hosts the annual, four day, Shenandoah Apple Blossom Festival for more than 200,000 guests. It is believed that George Washington planted the first apple trees. (www.visitwinchesterva.com). 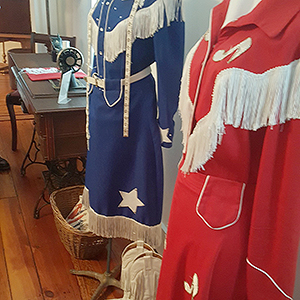 After spending a day filled with outdoor activities including, hiking, biking and trail riding a walk in Old Town Winchester is a must. This two block pedestrian mall is rife with shops, boutiques, multicultural eateries and historic sites. (www.oldtownwinchesterva.com).

Quaker Abraham Hollingsworth migrated into the area around 1728. He built a log cabin on the 582-acre grant on which he hoped to establish a mill. His second house, Abrahm’s Delight, the oldest home in the city, preserves early settlement history. It was fully restored and opened as a museum in 1961.

George Washington definitely slept here, and tours are offered of a log and stone structure,  that functioned as Washington’s survey office from 1749-52. He was headquartered there from 1756-57 during the French and Indian War and the construction of Fort Loudoun and the site interprets those years.

Virginia was the frontier and as such had to be protected. In 1756, permission was granted for a line of defensive forts. Washington selected Winchester as the site of a “large Magazine to supply the diverse Forts with Stores,” because of its location. He drew up the plans, oversaw construction and established his offices there. All that remains of Fort Loudoun is a portion of the bastion and the well.

Daniel Morgan was born in New Jersey but traveled the Wilderness Road south. He befriended Washington during the French and Indian War, and in 1777 Washington requested that he organize 500 rangers. These men — sharpshooters, hunters and scouts — were known as Morgan’s Riflemen. They used the latest technology, rifles, that shot up to 12x as far as muskets, and dressed as natives. As precursors of the modern sniper, when captured they were hung for murder. Morgan is one of the men upon which Mel Gibson’s “The Patriot” is based. After the Revolution he returned to Winchester and lived in a home he named Saratoga, one of the grandest and best-preserved mansions in the Valley. He lived there from 1780-98 and is buried in Mt. Hebron Cemetery. 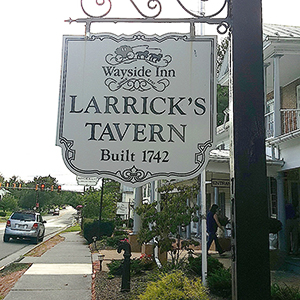 The Wayside Inn, constructed as a stagecoach stop in 1797, is listed as the oldest continuously operating inn in the U.S. The interior is beautifully preserved, furnished with antiques and no two guestrooms have the same décor. There are 7 dining areas including the Slave’s Kitchen. Room 14 is believed to be haunted. (www.alongthewayside.com).

Isaac Hite, a Revolutionary War veteran, constructed the one-story Belle Grove Mansion in 1797. The 483-acre plantation consisted of the home, a store, and whiskey distillery. The house was designed incorporating Jeffersonian-pavilion elements, Federal-style woodwork and 13’ 9” ceilings. There are 10 areas within the house on the self-guided tour. It served as General Sheridan’s field headquarters in 1864.

Over a 75-year period, 276 slaves worked on the estate and an exhibition on their lives and contributions is mounted in the raised English basement that functioned as the kitchen. The displays include a slave inventory and a series of informational panels. Also on site is a slave cemetery and possible archeological remains of slave cabins. (www.bellgrove.org). 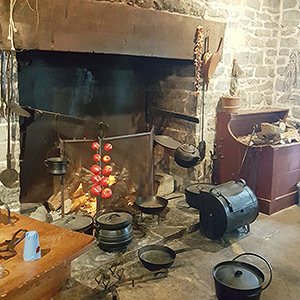 A Civil War orientation center situated inside the Visitors Center educates visitors about the Civil War in Winchester-Frederick County.  Just as Winchester and the Shenandoah Valley were strategic in the colonial years, it was even more so during the Civil War. It had good roads that led north, and was known as the “Breadbasket of the Confederacy.” Winchester changed hands more than 70 times during the war, six battles were fought and three preserved battlefields remain. General Thomas “Stonewall” Jackson’s headquarters (1861-62) was located in the city and tours are offered. General Sherman occupied headquarters in Winchester in 1864. (www.shenandoahatwar.org).

One of the first 50 chartered A. M. E. Churches in America, Saint Paul African Methodist Episcopal Church, was organized in Winchester in 1867. The current church was erected in 1887 on land donated by Josh Barnett, a Black landowner.

Patsy Cline was born Virginia “Ginny” Patterson Hensley in Winchester in 1932. By the time she died in a plane crash in 1963, she had recorded 102 songs, a trio of albums and is credited with helping to create the “Nashville Sound.” The Patsy Cline Trail takes you through her life. Your first stop should be the exhibition, “Becoming Patsy Cline,” in the Convention and Visitors Bureau.

By the time Patsy was sixteen, she had moved nineteen times. The tin-roofed Patsy Cline Historic House was her 19th move and the home she lived in the longest, from 1948 to 1953. The house consists of two rooms and a kitchen on the first floor and one large L-shaped room on the second. A tiny bathroom was added beneath the stairs off the parlor. (www.celebratingpatsycline.org).

The Georgian Revival George Washington Hotel is situated in the heart of the historic area. The hotel’s 90 rooms offer WynRest® bedding, work desks with Herman Miller® ergonomic chairs, and designer amenities. The on-site Saumaj Spa is a special treat with a menu of services that include the rejuvenating Vital C Facial and the adjacent indoor pool replicates a Roman Bath complete with sculpture and pillars. (www.wyndhamhotels.com/wyndham-grand/winchester-virginia).