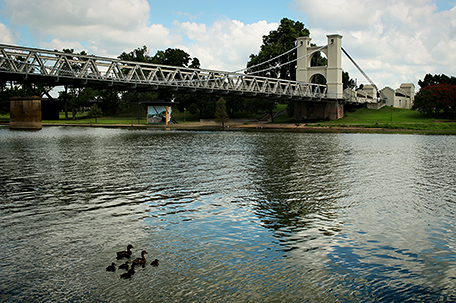 A 60-minute drive south of Dallas takes you to the city of Waco, once the site of a Waco Indian settlement. The Waco Indians were forced from their land by the Cherokee in the early 1800s, and shortly there after the Texas Rangers established a fort. Fort Fisher was soon vacated and in 1844 Torrey’s Trading Post No. 2 opened. Additional people began moving into the area and in 1849 the first Black resident, a free man named Armstead Ross, arrived and helped built the first house in the town. (#explorewaco)

It should be noted that historians state that nonindigenous Texas history begins with Estevanico who was originally North African  and was part of the 1520s Spanish expeditionary forces, and who later crossed the territory alone. Under Spanish rule, Texas’ population was 15% Black and in 1836, when Texas became a republic, there were 13,000 people of African descent.

The majority of Waco’s citizens were either born in the southern states or were native Texans and the city, as the state, was firmly on the Confederate side. After the war, Waco felt the economic impact of the loss of enslaved labor. Waco recovered as part of the Chisholm Trail, a route used by cowboys to herd the cattle to stockyards and railheads. The city became a transportation hub and supply point for cattlemen and settlers heading further west.

Waco Suspension Bridge was built in 1870 and was the first single-span suspension bridge to cross the Brazos River. The 1870 bridge is 475-ft. long has been free since 1889 and in 1971 it was closed to traffic. Panoramic views of the city can be obtained from the middle of the bridge. It was placed on the National Register of Historic Places in 1970.

Located on the north side of the bridge is a bronze sculptural diorama, “Branding the Brazos,” that depicts life on the trails that ran in or near Waco, the Chisholm, Shawnee and Western Trails. The three figures represent the groups that drove the cattle, a Hispanic vaquero, an African American and a European. The men are based on actual cowboys, and such attention has been paid to detail that their saddles are tooled, the vaquero dons a bandolier and the spurs spin. The figures are larger than life, and there are more than a dozen steer strung out along the walkway, each weighing 1,200-lbs. 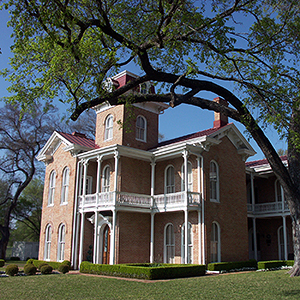 A great path for touring is the 7-mile Waco Riverwalk that winds beside the Brazos, past Baylor University and through downtown. Baylor University’s red brick buildings make up one of the world’s most beautiful campuses. The science building — the largest academic building on a college campus — is in the shape of a bear claw. The garage is so fancy that is called known as “Garage Mahal” and the $267-million McLane Stadium is on a lake. (www.baylor.edu)

Chip and Joanna Gaines, stars of HGTV’s “Fixer Upper,” are based in Waco. Waco Tours gives a fun and informative tour that relates city history and visits homes that were featured on the show. One of the most visited places in the city Magnolia Market, a retail experience designed by the Gaines. Adjacent to the market is the Silo Bakery Company serving phenomenal baked goods. (Waco-tours.com)

A park in Waco honors hometown Doris “Dorie” Miller, the Navy cook who became a hero at Pearl Harbor. Efforts are underway to build a memorial. (www.dorismillermemorial.org)

In 1885, Waco pharmacist Charles “Doc” Alderton created Dr. Pepper, a carbonated soft drink, and in 1904 the drink was served to millions at the St. Louis World’s Fair. It remains the oldest major manufacturer of soft drink concentrates and syrups in the nation. The Dr. Pepper Museum related the history of the soft drink through restored vehicles, soda wagons and a 7-Up bottling line. Must stops include the gift shop and soda fountain. (www.drpeppermuseum.com)

If you have ever seen a Western, then the Texas Ranger Hall of Fame & Museum is for you. The museum interprets ranger history from their beginning in 1823 to the present with more than 14,000 artifacts in seven galleries. They are the oldest state law enforcement agency in the country. Self-guided tours begin with a 45-minute film and continue with a timeline, artworks, rogues’ gallery and pop culture icons the Lone Ranger and Walker Texas Ranger. (www.texasranger.org)

There are three female Texas Rangers, their average age is 42 and there is no forced retirement. The icon hat can be white or fawn and are most often purchased from Master Hatters of Texas. The tour ends with the Texas Ranger Hall of Fame. There are 30 honorees, all deceased. (www.masterhatters.com)

President Obama designated Waco Mammoth Paleontological Site and Museum a national monument, the only site of its type in the world, in 2015. Approximately 65,000-years ago a natural event, probably a flash flood, killed a nursery herd of Columbian Mammoths. The site was discovered in 1978 and excavated 1984-2001.

Two of the ten acres have been excavated and 24 mammoths and other Ice Age mammals can be viewed in situ. The female herd surrounded their babies for babies for protection.  Camels, once indigenous to North  America, were found on the periphery of the herd. Mammoths had no real predators and poor vision. Camels were vulnerable, had good vision and could sound a loud warning. The camels were allowed to accompany the herd in a trade-off. The exhibition building has an elevated walkway for viewing from all angles and an accurate mural on the rear wall details the event. This is a singular attraction.