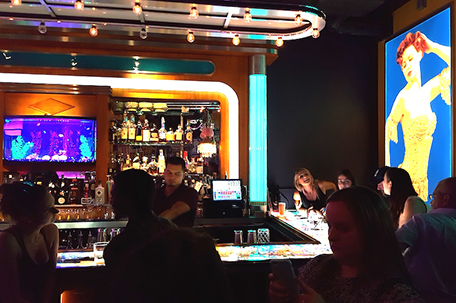 A 1790 Congressional Act designated a site and delineated the boundaries of the new United States’ Federal City as being situated on the banks of the Potomac River near Conococheague Creek. The land was originally 100-sq. miles annexed from Maryland and Virginia, but in 1846, the Virginia parcel was given back. DC, the federal District of Columbia, was not granted statehood based on Article 1, Section 8, Clause 17 of the Constitution because the founding fathers feared that state allegiance would supersede national allegiance. Around 1800, the time of the first official meeting, the name Washington appears in honor of George Washington who died a year earlier.

Pierre L’Enfant, a civil engineer and friend of George Washington’s who served with him at Valley Forge, drew up a rudimentary plan for the design of Federal City a year later. L’Enfant resigned in 1792 and left with all the plans in hand. Benjamin Banneker, a free African American and member of the surveying team, was able to recreate all the plans from memory within three days. Maryland’s Benjamin Banneker Historical Park & Museum memorializes his achievements. (https://friendsofbenjaminbanneker.com)

Washington’s street plan locates the Capitol at the center of the city indicating its importance as the location of the legislature and the heart of our government and four quadrants of the diamond shaped grid radiate from the Capitol. Lettered streets are oriented north and south, numbered streets east and west and “J” street is omitted.

I find DC driving problematic because of the 18 traffic circles intersected by diagonal avenues. It is believed that L’Enfant planned them as squares around which politicians from individual states would construct homes and offices that would boost growth. Each of the circles, and the areas surrounding them, developed differently and visiting them is an ideal way to get to know the authentic DC.

Dupont Circle is a perfect entrée into the city’s culture. It has a unique vibe that adroitly combines the traditional and the trendy showcasing Embassy Row, with its history of international importance, museums, oases of solitude, with some of the hippest dining in the region. The circle is just outside the original boundaries, and was developed in the 1870s when a Nevada senator constructed a mansion there. In 1871, construction began on the Circle, then known as Pacific Circle, and in 1884, a statue of Samuel Francis duPont was built. Thirty-seven years later, a marble fountain replaced it. By the end of the century, Dupont Circle was known as Millionaires Row and wealthy people chose to erect huge mansions along Massachusetts Avenue.

Your experience begins at check-in with a view of amazing, modernized historic political portraits arrayed above the desk. The recently renovated hotel has 231 guest accommodations, many with amazing views, and designer amenities, and the only rooftop pool and bar in Dupont Circle. Station Kitchen & Cocktails and the Chef’s Pantry is open 24-hours. The hotel’s most unique offerings include yoga classes, the Silent Disco, the Adult Playground (with games for guests) and Splash Cycle water bike classes. The Embassy Row Hotel was originally constructed in 1970, has hosted guests such as Hillary Clinton and President Barack Obama, and has been referenced in several novels. (#EmbassyRowLove and https://www.destinationhotels.com/embassy-row-hotel).

It was not until 1893 that foreign ambassadors were recognized in the US, and today there are more than 175. Sixteenth Street was the first Embassy Row, but when the British constructed a 4-acre embassy on Massachusetts Avenue, it took the title. During the Great Depression, many of the wealthy lost their fortunes and the mansions were sold to be used as embassies, headquarters and museums. The architecture along the 2.5-mile Row is stunning, as are the tales of the residents. Two-hour, 1-mile walking tours are offered weekly from the Dupont Circle Fountain. Reservations are required, and guests name their own price. (http://www.freetoursbyfoot.com)

May is International Cultural Awareness Month in Washington, and many embassies invite visitors to tour and experience the culture. Information on Passport DC and this much anticipated event is available online. (https://www.culturaltourismdc.org)

In 1921, Duncan Phillips, Jr. turned a wing of his Georgian revival home into an art gallery to honor his deceased father and brother. In 1930, the family moved, and his mansion and art collection became a museum. The 4,000-artwork collection includes works by El Greco, Degas, Cezanne and Monet. The Phillips Collection represents the first museum of modern art. (http://www.phillipscollection.org)

There are more than 80 dining establishments and nightlife locations in the Dupont Circle area, and the Neighborhood Restaurant Group is a collective that represents independent venues in the area. They are committed to the community and to their guests and seek to create exceptional experiences in exceptional spaces. (@NRGRestaurants).

Iron Gate was DC’s oldest continuously operating restaurant until it closed. The townhouse dates from 1875.  Chef Anthony Chittum and NRGR reopened the restaurant in 2013. The menu offers Greek and Italian inspired cuisine. Three dining areas are available including a patio. (@IronGateDC )

Chef Jeff Black founded Blackjack’s with an American menu with Southern flair. Highlights are the seasonal craft cocktails and a visit to Tilt Speakeasy accessed through a secret entrance. The effect of the speakeasy décor is to make guests feel they are inside a pinball machine. (@BlackJackDC)

In 1840, Charles Dickens called Washington, DC the “City of Magnificent Intentions.” Visitors can trace its traditional roots, and the trendy results in and around Dupont Circle.