Smooth Traveler: The Black Dispatch: Spying While Black (Part One) 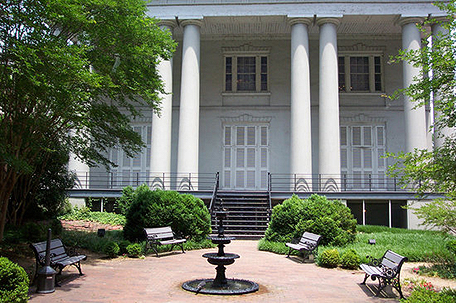 “They also serve who only stand and wait.”

We can all acknowledge the fact that Blacks have played a significant role in United States history, from the Spanish explorers, Estevanico, Pedro Nino and Juan Garrido, to advancements by  *Dr. Patricia E. Bath and **Dr. Thomas Mensah.

We tend to exalt those whose actions were overt, and seemingly larger than life, but what about the ones who operated in the shadows and attained quiet victories — those who literally turned the tide of events?

Blacks, free or enslaved, were marginalized and largely ignored, and it was assumed that African Americans were illiterate.

They, on the other hand, had a highly developed ability to go unnoticed, and honed their listening skills for self-preservation. Those who could not read would often memorize complex structures and tasks. An awareness of the geography around you often proved essential.

All of these abilities proved ideal for covertly gathering information. Gen. George Washington recognized the value of information gained from both free and enslaved Black  people and employed them often. These agents came to be known collectively as the “Black Dispatch. ”

Samuel “Black Sam” Fraunces, a West Indian mulatto, established the Queen’s Head Tavern in New York City in 1790 in a 1719 building. The Sons of Liberty met there prior to the Revolution and later functioned as Washington’s headquarters.

At the war’s end, the Americans and British held meetings there to resolve the issue of returning Black Loyalists to slavery. The British held out, and in most cases won freedom for the Loyalists. Washington bid farewell to his staff from the tavern and returned home on December 4, 1783. (www.frauncestavernmuseum.org)

Fraunces was captured by the British in 1778 and forced to cook for General Robertson. In this role he helped American prisoners and gave information to the Continentals.

When Washington became president, Fraunces became his chief steward and was in charge of the New York house and staff of 12. When Philadelphia became the capitol in 1790, Fraunces was again chief steward. He also opened another tavern on Second Street. He died at 72 in Philadelphia and is buried in St. Peter’s Church where an obelisk has marked his grave since 2010.

Fraunces Tavern was renovated in 1907 and is the oldest standing building in New York. Dining and tours are offered. It is listed on the American Whiskey Trail. (www.americanwhiskeytrail.com)

Fraunces’ household consisted of his family, indentured servants and at least one slave. The most disputed tavern story is mentioned in an 1860 book, “Recollections and Private Memoirs of Washington,” written by Martha Washington’s grandson. Fraunces’ 13-year-old daughter Phoebe spied for the cause while working in the tavern.

She stopped Gen. Washington from eating peas poisoned by Thomas Hickey, one of his personal bodyguards. Hickey was court martialed and hanged in June of 1776.

Hercules Mulligan, an Irish tailor, operated an upscale clothing shop servicing wealthy colonists and British officers. Alexander Hamilton rented a room in his home and through him he became a spy. The information Mulligan gathered was transported by his slave Cato. Information was sewn into the hem of clothing, packaged neatly, then Cato would deliver it to Hamilton.

Twice when Mulligan learned of plots to capture Washington, he and Cato managed to deliver messages to him to alter his plans. Eventually suspicion was aroused ,and Mulligan and Cato were monitored.

On a mission, Cato delivered the message but was captured, imprisoned and harshly interrogated. Still, he did not give up any information.

After the war, there is no record of Cato, but Mulligan and Hamilton became founding members of the New York Manumission Society, a group formed to advance the abolitionist cause. Mulligan is buried in New York in Trinity Churchyard.

In 2017, the $50-million American Revolution Museum opened in Yorktown. The museum’s five thematic galleries relate tales of the revolution through more than 500 artifacts, interactive displays, video, dioramas and the orientation film “Liberty Fever.” Visitors select an individual and follow their lives through the Revolution. The story of James Armistead Lafayette, enslaved master spy of the Marquis de Lafayette, is one of the choices. (www.historyisfun.org/yorktown-victory-center/new-yorktown-museum)

Pretending to be a runaway, Armistead slipped into British lines and quickly, because of his knowledge of the area’s geography, was recruited to spy on the Americans. He agreed and became a double agent, spying for the colonials and feeding the British false information.

In 1781, he informed Lafayette of Cornwallis’ march from Portsmouth to Yorktown with an additional 10,000 reinforcements. The information allowed Rochambeau to blockade both land and sea leading to Cornwallis’ surrender on October 19th.

At the end of the war in 1783, James was returned to slavery. Spying did not count as war service in Virginia. He petitioned relentlessly and in 1784 the Marquis sent a certificate attesting to his service but he was not freed until 1787.

He took the Marquis’ last name, became a farmer and was granted a war pension of $40 annually. He and the Marquis last saw each other when the Marquis toured the US in 1824. Lafayette saw him in the crowd, called out to him and embraced him as an old friend.