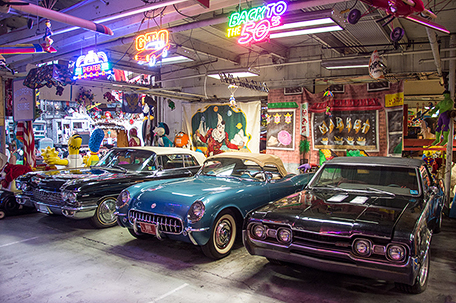 ABOVE PHOTO:  The American Treasure Tour

Americana: “materials concerning or characteristic of America, its civilization, or its culture”  Merriam-Webster

Philadelphia is so filled with museums, historic houses, restaurants and entertainment venues that people often forget that there are a staggering number of things to do in the communities and villages 30 minutes away from the city.

One of the region’s most prominent areas is Montgomery County, which is just northwest of Philadelphia. The land was deeded to William Penn in 1681 for the purpose of Quaker settlements, but it first came to national attention during the late 1700s, when George Washington and the Continental Army encamped there for six-months during the winter of 1777-1778. It was part of Philadelphia County until the 1780s. Quakers and Europeans fleeing persecution settled the area and some historians believe that this is one of the reasons it was known for its abolitionism. A number of structures from that time are sprinkled throughout the region, and several offer tours and special events. There are more than 58 historic markers throughout Montco. (http://www.montcopa.org)

Eighteen-miles northwest of Philadelphia and 5-miles from Valley Forge, Pennsylvania sits the village of Oaks. This village’s history has been shaped by its location as a transportation hub. In 1825, a canal system was completed and the village was named in honor of Thomas Oakes, the man who  designed the canal. Forty-three years later when the canal became obsolete, the Reading Railroad built a station there. 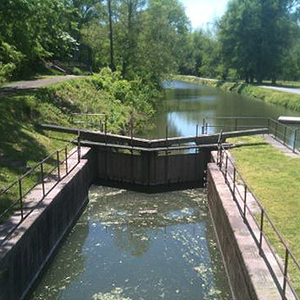 Oaks is also the home of the most surprising star in the constellation of northwestern suburban sites. The American Treasure Tour takes collecting Americana to the next level with several thousand objects representing a mere portion of the owner’s private collection displayed in 100,000-feet of gallery space. One of the most unique aspects of the museum is the fact that the walls and ceiling are covered with hundreds of 45s and album covers with the original records included representing all genres of music.

The two-part tour begins in the Mechanical Music Room where the history of nickelodeons, originally called orchestrians, can be traced through the preserved and refurbished instruments on view and an accompanying video. The earliest patented piano designed to use paper rolls appeared in 1842, but it was not until Philadelphia’s 1876 Exposition that it gained national attention. Essentially, the nickelodeon is a piano that, after payment of a nickel, played itself by means of a music roll read by a tracker bar. Unlike a player piano the nickelodeon contains several other instruments sometimes replicating an entire orchestra.

Perforations on the roll were scored using a special, two-keyboard, arranger’s piano. Piano music was done by machine and then other instruments were hand scored. One of the most prolific arrangers was J. Lawrence Cook, an African American who is credited with arranging more than 20,000 rolls during his 50-year career. Route drivers changed rolls weekly. Highlights of this gallery are the 1897 single-banjo, Cook’s personal piano, 60 antique radios and an authentic musical chair. The music is activated when one sits down. An art teacher created Ormond’s Giant World of Miniatures. These tiny dioramas are created from repurposed materials and depict both everyday and movie scenes.

The second half of the tour is a tram ride through the adult Toy Box. The collection began when the owner was 15 with a hot rod he built himself. There are more than 100 vehicles, as well as animated figures, on display. Many of the figures were formerly in store windows. Must sees in this area include a gangster’s car complete with bullet hole, a castle made of 396,000 popsicle sticks, more than 900 clowns and the only Wurlitzer 175 organ, the largest ever made.

New additions to the collection are a constant, and last year the museum welcomed the 20-lb each papier-mache reproductions of “Snow White and the Seven Dwarfs.” The dwarfs are aproximately 7-ft. tall with a 9-ft. Snow White.

The museum’s gift shop is filled with Americana items that bring a smile to one’s face. The American Treasures Tour is available by groups for tours and events. (http://www.AmericanTreasureTour.com)

King of Prussia, 8-miles from Oaks, was an 18th-century Welsh settlement that was named after an inn established in the 1760s. In the 19th-century, the village around the inn was named King of Prussia. Because of its location, the area has always been popular as a transportation hub. In 1963, the grand opening of the King Of Prussia Mall took place, and it quickly became the largest mall in the country. There were major additions in 1980s and 90s, and today this upscale mall is the second largest in the nation.

In March, local food activist James Beard and  acclaimed Chef Scott Anderson opened a second location of his Mistral Restaurant in King of Prussia. The original Mistral, based in Princeton, New Jersey,  was on New Jersey Magazine’s 25 Best Restaurants list in both 2015 and 2016.

Mistral King of Prussia’s Michelin-quality chefs offer a different menu from that of Mistral Princeton, but it similarly provides cuisine that is filled with inspired seasonally and locally-sourced American dishes with an international twist. The 3,700-sq. ft. venue seats 111 guests, with outdoor seating available for 48 additional diners. The 18-seat bar is the ideal spot to avail yourself of the extensive bar menu with wine, spirits, beer and unique craft cocktails. Every menu item is wonderful, but you must try the grilled calamari, pork riblets, wings and corned beef sausage. Reservations can be made online. (www.mistralkop.com and @MistralPrinceton)