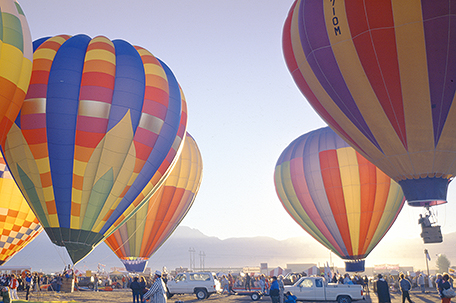 The earliest archeological evidence of human habitation in New Mexico dates from 25,000 B.C. At that time the Sandia people migrated into the region developing crop cultivation, architectural techniques, weaving and pottery making through the centuries between 1200-1500 A.D., the Pueblo Indians founded villages along water routes in the area. The first contact with Europeans occurred in 1536 when Cabeza de Vaca and Estevanico, a black enslaved explorer, reached southern New Mexico Juan de Onate established the first Spanish capital in 1598 in the Royal Province of New Mexico. Gov. Pedro de Peralta established a third capital in 1609, after the others failed, in Santa Fe. (www.newmexico.org).

Mexico claimed independence from Spain in 1821 and in 1846 New Mexico, which also encompassed Arizona and portions of southern Colorado, Nevada and Utah, was annexed to the US. New Mexico, as it exists today, was granted statehood in 1912. 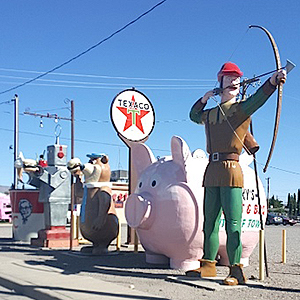 New Mexico is a cultural and historic gem with opportunities for adventure travel and active tourism for all ages and boasts large numbers of sacred places that one may, respectfully, visit. Native Americans considered sites sacred based on tradition, ceremonial use and spirituality and once recognized as sacred they remain so for perpetuity. These sites are often identified by their location near prominent geographic features.

Making the most of a trip to New Mexico may appear daunting. Visitors can plan their own route, wander with a purpose or take designated touring routes. Route 66 National Scenic Byway runs approximately 236-miles west to east across the state on what is basically I-40.  The Trail of the Ancients New Mexico Scenic Byway in the northwest features prehistoric sites. El Camino Real, (The Royal Road,) was created in 1540, and is the oldest and longest historical trail in this hemisphere. It facilitated trade over 1600-miles, from Mexico City, Mexico to Santa Fe. Today it parallels I-25 and State Road 14,The Turquoise Trail, and is linked Santa Fe and Albuquerque.

In 1706, the Bosque Grande de San Francisco Xavier would become the village of Albuquerque. It was a small trading area that boomed after the California discovery of gold. The Confederates occupied the city during the Civil War for two-months. (www.visitalbuquerque.org).

Albuquerque is home to the International Balloon Fiesta, the world’s largest hot air balloon rally. More than 600 balloons are launched over a nine-day fiesta period. The event has taken place on a 78-acre field since 1972. Balloons weigh approx. 400-lbs and their direction, speed and distance is determined by the wind. This is an unparalleled experience and it is never too early to plan your visit. (www.balloonfiesta.com).

The Anderson Abruzzo Albuquerque International Balloon Museum is adjacent to the launch site. The museum walks you through the history and science of ballooning with the use of dioramas, photographs, hands on activities, artifacts, photo-ops and a 4-D movie. Exhibits begin with the first flight and continue through 16 galleries. (www.balloonmuseum.com). 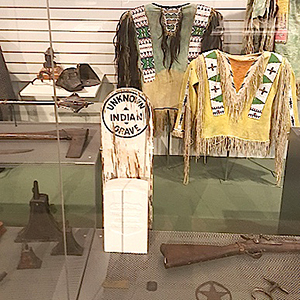 Golden Crown Panderia is an exceptional restaurant and bakery that specializes in New Mexican cuisine influenced by Native American cooking. Heritage grains are used to create the New Mexico pizza that was created here and their featured state cookie, the biscochito. All food is made of local ingredients and there are more than 40 beers on tap. You can order a portrait made of bread and their famous bread turkey with a stuffed cavity. (www.goldencrown.biz).

The Turquoise Trail is the most scenic route between Albuquerque and Santa Fe. The trail is 62-miles of small towns, historic sites, hiking options and panoramic views. Just prior to entering the trail at Tijeras, at I-40 exit 170 on Route 66, driving eastbound you will enter a short stretch of road known as The Musical Highway. If you travel at exactly 45 mph rumble strips 2.4-inches apart play “America the Beautiful.” (www.thesingingroad.com).

Tinkertown Museum is one of the 10 best small museums in the country. Ross Ward carved miniatures for 40-years. The carvings represent slices of American life and many are animated. Tours are self-guided. (www.tinkertown.com).

Madrid is an old mining town that is filled with quaint and unique shops. Once a ghost town, it is now a trendy arts destination and the set of several movies including Wild Hogs. The Madrid Old Coal Town Museum relates the town’s mining and movie history. The Mine Shaft Tavern, a historic landmark, serves great food in a comfortable atmosphere and doubles as The Red Pony in the Longmire series. (www.visitmadridnm.com). 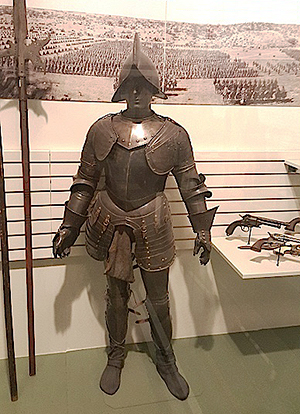 As early as 900 AD, there was evidence of native turquoise mining in Cerrillos. It continued to thrive until the early 20th-century. The town is still considered the turquoise capital and is the place to purchase souvenirs. While there, you can visit the mining museum, petting zoo and roam the town and see excellent examples of authentic adobe structures. Some “Young Guns” scenes were set in Cerrillos. (www.cerrillosnewmexico.com).

The Spanish built a market square, now Old Town Plaza, where the Santa Fe Trail culminated. The 1610 adobe Palace of the Governors is part of the Museum of New Mexico. It is the nation’s oldest continuously occupied public building. Highlights include period rooms and the state’s first printing press. (www.palaceofthegovernors.org).

The adobe La Fonda Hotel is situated on the plaza and is renowned for its service, accommodations and artworks. Each headboard is hand painted in a nod to regional folk art. It has always been the place to stay and such luminaries as President John F. Kennedy have stayed there. (www.lafondasantafe.com).

Southwestern cuisine is the oldest indigenous cuisine in the country and features beans, rice, corn, tomatoes and red or green chili. Café Pasquals, named after the saint of Mexican kitchens. The cuisine is organic, locally sourced, and focuses on regional dishes. (www.pasquals.com).

Meow Wolf began in Santa Fe and has quickly become a phenomenon. This interactive art journey takes you inside a 70-room Victorian house where a crime has been committed. As you wander from room to room you can open drawers, watch videos, climb into bed and generally gather clues. This is out of the box entertainment. (www.meowwolf.com).