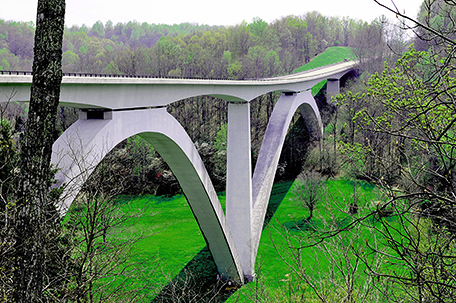 Eighty-seven miles from Tupelo, along the Natchez Trace Parkway, is the city of Florence, Alabama. The land, once part of the Chickasaw Nation, was sold off as soon as the last treaty ceded the land. The city’s architect, Ferdinand Sannoner, was tasked to name the city in 1818. He chose Florence after the city of his birth. You should begin your visit in the $2-million Visitor’s Center with exhibits and information to enhance your stay. (www.visitflorenceal.com).

W.C. Handy, “The Father of the Blues”, was born in Florence in 1873 in a one-room cabin. He was not the first to play the blues, but he was the first to write down and publish this “new” form of music that blended religious and secular styles with worldly themes. His works — “Beale Street,” “St. Louis blues” and “Memphis Blues” influenced other musicians and popularized the genre. 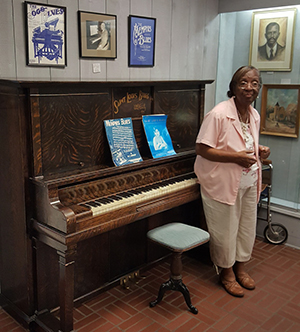 The W. C. Handy Birthplace Museum & Library honors the man, his accomplishments and his legacy. The site was originally funded by Handy in 1954. The complex now consists of his birth home, museum, Black Heritage Library and an extensive collection of memorabilia and items that belonged to Handy, many donated by Handy and his family. Highlights of the collection are the restored cabin, his brass trumpet, handwritten sheet music and the piano on which he composed “St. Louis Blues.” The site is listed on the Blues Trail. Florence’s 2018 W.C. Handy Music Festival will be staged July 20-29. The 10-day festival has been held since 1982. (www.wchandymusicfestival.org).

To tour the Alabama Music Hall of Fame is to walk through the state’s music history, beginning with the lobby’s bronze star homage to Alabama’s music influencers. The stars lead to the Hall of Fame gallery, which features portraits of inductees painted by Tuskegee artist Ronald McDowell. Memorabilia from many famous Alabama musicians resides in the gallery filled with memorabilia, dioramas and outfits of featured artists. Sequential galleries include popular music, country music, muscle shoals, gospel showcase, Alabama songwriters, and a complete recording studio where visitors can record their own song. The objects on display are awe-inspiring and include the group Alabama’s Tour Bus and Commodore’s stage outfits. (www.alamhof.org).

While W.C. Handy gave birth to the blues, the adjacent city of Muscle Shoals took music to a new level, and it is internationally recognized as the place that rocked the world. Two of the most influential recording studios are located there and they are both open for tours.

The Swampers, the Muscle Shoals Rhythm Section, established their own studio, Muscle Shoals Sound Studios, in 1969 in an old coffin factory. Their first client was Cher, followed by Rod Stewart, Bob Seger, Rolling Stones and Paul Simon. The studio has been restored to its former glory with the assistance of Dr. Dre. (www.msmusicfoundation.org). 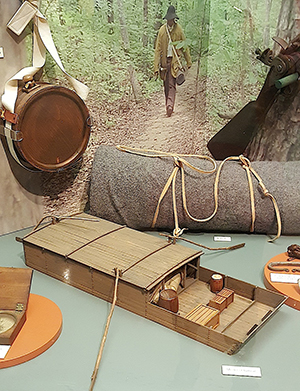 Before you rejoin the Natchez Trace Trail, be certain to stop in Stagg’s Deli. This family-run market now serves made-to-order meals. The Stagg’s hamburger is ranked 4th in North Alabama’s “Top Cheeseburger” poll.

Franklin, Tennessee is approximately 115-miles north of Florence on the Natchez Trace. The city was founded in 1799 and named in honor of Benjamin Franklin. It is a stop on the music trail and is renowned as a place where visitors can hear live music every night. Downtown Franklin’s Great American Main Street is filled with unique shops, eateries and historic properties. A complete list of venues, festivals and special events is available online. (www.visitfranklin.com).

A circular brass time capsule —  engraved with “COU” — is imbedded center stage in The Franklin Theatre and it is indeed a center of the musical universe. The restored theater was constructed in 1937 and closed in 2007. It reopened in 2011, on the same footprint, and now hosts more than 600 events annually. It has been deemed the “greatest small theater venue in the country”. The balcony, built originally to accommodate segregation laws of the era, now features a clubhouse. The Franklin was redesigned like a recording studio, with no reverb, and $2-million in audio and lighting equipment. Tours are offered.  (www.franklintheatre.com).

A few miles from Franklin, just off The Trace, is the village of Leiper’s Fork, established by settlers with Revolutionary War land grants in the 1790s. The village is a National Historic District and a popular dining, shopping and entertainment destination. Puckett’s of Leiper’s Fork is an absolute must. This grocery store morphed into a restaurant and music site in 2002. The food is delicious, the people are friendly and the music is awesome. (www.puckettsgro.com, www.visitleipersfork.com). 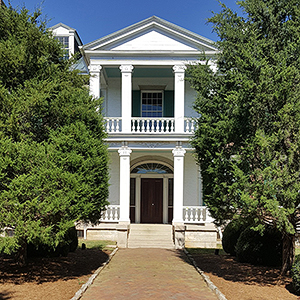 The best selling novel, “Widow of the South,” is set on Carnton Plantation and based on events surrounding the 1864 Battle of Franklin. The house was used as a field hospital and bloodstains are still visible on the second floor. Tours of the 22-room brick house showcase original furnishings and are offered year round. (www.boft.org/carnton).

Volt’s rechargeable, heated, indoor/outdoor slippers make a perfect gift for any traveler or individual with circulation issues. The heat is thermostat controlled and a charge lasts more than four hours and the memory foam interior makes them extra comfortable. (www.voltheat.com).

A little research beforehand can save a vacation. Moon Travel Guides has published, online and in print, a series of seven City Guides that detail neighborhood walking tours to some of the world’s most popular cities. Guides include general information, highlights and a removable map. These are a best bet for tourists. (www.moon/com, @moonguides).