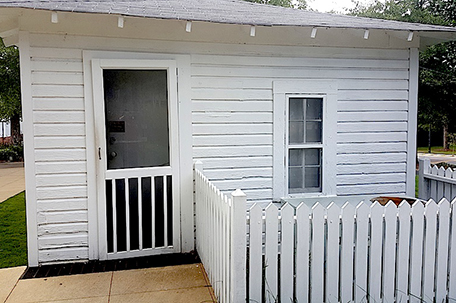 “Trace” is a French word for animal track. The fabled Natchez Trace was created centuries ago by bear, deer, bison, etc., as a migratory path to locate food sources, water and salt licks. Paleo-Indians — who migrated into the region — followed this footpath when traveling and hunting. The earliest documented European explorer, Hernando de Soto, arrived in 1541 and was met by native resistance that lasted more than 200 years. The Trace linked settlements in Kentucky, Ohio Valley and Tennessee with the southern region of the Mississippi River. (www.nps.gov/natr).

In 1937, President Franklin Roosevelt approved the construction of the Natchez Trace Parkway. It was completed in 2005. This iconic drive has the distinction of being a National Scenic Byway, an all-American road and designated portions are listed as part of The Gold Record Road on The Americana Music Triangle and The Blues Trail.

The Natchez Trace Parkway Visitor Center, located at milepost 266 in Tupelo, is an important stop. Here you can obtain all the information necessary to pick your path. The center offers a 12-minute orientation film and exhibits on all aspects of the Trace.

I began the drive in Tupelo, Mississippi, near the Trace’s midpoint. In 1859, the existing settlement of Harrisburg was renamed Gum Pond and relocated nearer to the railroad line. It was again renamed Tupelo after the native name for a type of tree. (www.tupelo.net). 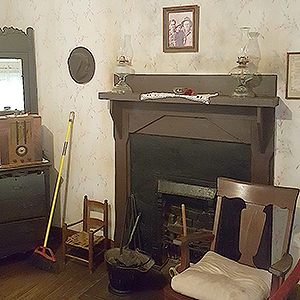 On January 8, 1935, Elvis and Jessie Presley were born in a 2-room cabin constructed by male family members. Jessie was stillborn. The family was evicted in 1937, but remained in Tupelo until Elvis was 13. The foundation of Elvis’ music was established in Tupelo, shaped by country music radio, his home church, area Black churches and interactions with blues musicians in the Shake Rag neighborhood. His first 1945 radio performance resulted in a prize of $5.00. In 1948, the family packed up the car and moved to Memphis for greater opportunity.

Elvis Presley’s birthplace complex consists of 13 sites including buildings, memorials, historical markers, movies and exhibits. Self-guided tours begin at the Walk of Life, a circle paved with granite markers denoting significant points in his life until age 13. The $180.00, two-room Birthplace is in the circle’s center. The shotgun house has been restored and contains period furnishings. Other highlights include the relocated Elvis’ Childhood Church, the museum, a statue entitled “Elvis At 13,” story wall and “Memphis Bound,” a replica of the 1939 green Plymouth the family drove to Memphis. (www.elvispresleybirthplace.com). 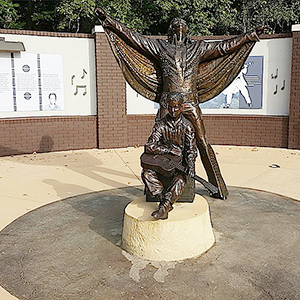 An overlook was recently created with benches, interpretive information and a sculpture of a milk-crate-seated 11-year old Elvis in front of a standing, caped Elvis at the height of his worldwide popularity. “Becoming” was unveiled in 2015 on a site where Elvis played as a child.

Tupelo Hardware Co. has been family-owned for 90 years and is the place where Gladys Presley purchased her son’s first guitar. Visitors can purchase souvenirs and hear to a recounting of the sale. A replica is on display. The instrument was not his first choice and legend has it that Gladys apologized for not being able to afford what he wanted. His alleged reply, “That’s alright, mama.” (www.tupelo-hardware.myshopify.com).

For a time, the Presley’s lived in the Shake Rag Black community north of Main Street. Music filled the enclave and Elvis was, no doubt, influenced. So many important musicians were in the area that it is a site on the MS Blues Trail. 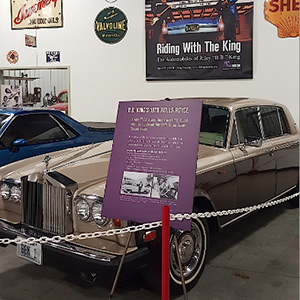 One of the premiere stops on the Natchez Trace route in Tupelo is the Tupelo Automobile Museum, a private collection of more than 100 antique, classic and collectible vehicles in a 120,000 sq.-ft. display. Self-guided tours are chronological and highlights include a Tucker, a Duesenberg, a unique pizza delivery car and cars owned by BB King and Liberace. A Lincoln owned by Elvis is displayed in an area filled with Presley memorabilia and a complete set of his movie posters. Information on individual cars is available through audio and video. (www.tupeloautomuseum.com).

Johnnie’s Drive In is said to be the oldest restaurant in the city and a place where Elvis liked to dine. It is affordable, the food is good and, if you are lucky, you can sit in the Elvis Booth. (908 E. Main St.).

The Blue Canoe is a must.  The restaurant features live music and one of the “Top 10 Burgers” in the state.

The heyday of The Trace was 1785 to 1825, before steamboats. Goods were transported by flatboat down the Ohio to Natchez and New Orleans. Goods were sold, boats were dismantled, the wood was sold and workers walked back north along the Natchez Trace. Crime was rampant and tales of ghosts, murders and hangings abound. Meriwether Lewis, traveling on The Trace in 1809, stopped for the night at an inn and was either murdered or committed suicide. He is buried along the road.

Two sisters have created a handbag to meet every traveler’s needs. The Anti-Theft Waterproof Travel Crossbody bag’s exterior fabric repels rain and the interior fabric, used in bulletproof vests, is 100% slash-proof with a built-in wallet that contains RFID blocking ability. The chain strap is offered in two sizes with a lobster clasp locking waterproof zippers that allow you to secure your bag to your chair. The bags are functional, chic and offered in a variety of colors online at Arden Cove. (https://ardencove.com).