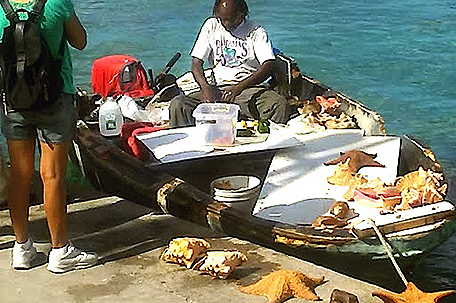 In the movie Hidden Figures, John Glenn orbits the Earth three times and lands in the beautiful waters around the Bahamas. Modern visitors have a much easier time getting to the islands and many opt to arrive by sea. Cruise ships regularly dock at the port in Nassau on New Providence, arguably the most historic and the most visited of the Bahamas. Nassau is the premiere place to experience more than 400-years of architecture, culture and history. (www.bahamas.com)

Originally known as the Lucayan Islands the Bahamas were named after their earliest inhabitants, the Lucayan Indians who arrived around 600 AD. In 1492 they were the first natives to meet Columbus and were eradicated by disease and removal as slaves in less than 30-years. A religious group, the Eleutheran Adventurers, founded the first European settlement in 1647.

The Bahamas Heritage Museum is free and provides a great overview of island history from the indigenous people to modern festivals and events. The true highlight here is a guided tour with a very knowledgeable docent. 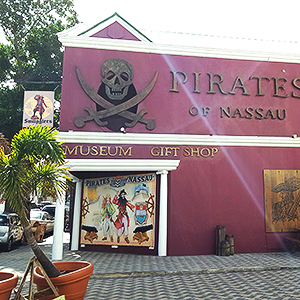 Pirates established their headquarters on New Providence in the late 17th century because of its proximity to important shipping lanes and its numerous hiding places. Pirates ruled the area waters, raiding with impunity, until the Spanish razed Nassau in 1695. The pirates rebuilt and continued to raid until the British, French and Spanish formed an alliance and destroyed the town again 8-years later. The pirates tried a third time but in 1718 the British appointed a governor who offered them death or amnesty. Hundreds of pirates surrendered and the rest were hunted down.

The Pirates of Nassau Museum introduces you to the colorful characters and events that led to Nassau’s Golden Age of Piracy. The tour highlight is a virtual trip aboard the pirate ship Revenge.  (www.piratesofnassau.com) 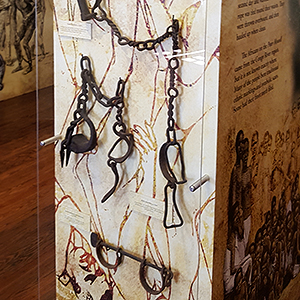 By the end of the 1700s the British, fearful of invasions erected several protective forts. Forts Charlotte, Montagu and Fincastle remain. Located on Nassau’s highest point, Fincastle (1793) is reached by walking up the limestone, 102-ft, Queen’s Staircase. The 65 stairs were handcarved by more than 550 slaves and the city’s most visited attraction.

Forty-two percent of the Africans taken by the slave trade were sold into the Caribbean. At the end of the American Revolution British Loyalists and their slaves relocated to the Bahamas and duplicated their cotton plantations. Britain ended their slave trade in 1807 and emancipated their enslaved in 1834. By the end of the trade in the islands 75% of the Bahamas’ population were non-European enslaved individuals.

New Providence is the setting for a sculpture that speaks to this specific heritage. “Sacred Women,” carved by Antonius Roberts and Tyrone Ferguson from Casuarina trees, is located cliffside in Clifton Heritage Park. The area was the debarkation place for the initial slaves. The figures both face and lean toward Africa. The park also contains the remains of a 1700s plantation Great House and African Slave Village. (#cliftonheritage)

The newly remodeled Pompey Museum of Slavery & Emancipation is inside the 1760 Vendue House, once a market where slaves were sold. The museum is excellent and covers the complete history with vivid graphics, dioramas and artifacts. Stories are told of ancient African kingdoms and featured exhibits focus on the Wreck of the Slave Ship Peter Mowell and Pompey’s Slave Revolt.

Adjacent to the Pompey Museum is the renowned straw market. This is an ideal place to shop for authentic souvenirs. Items are handwoven and many of the patterns are traditional and have been passed down in the family. 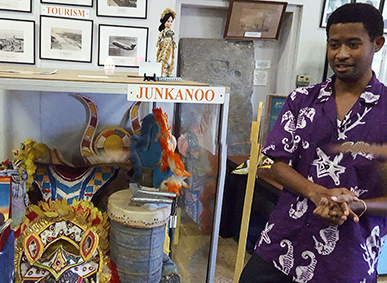 Adelaide Village was founded in 1831 on land given by the governor to captured Africans who were liberated from ships en route to the colonies. Descendants of the original settlers inhabit the village today. Central to the area is a church built by the newly freed slaves. Nearby is the 11-acre Retreat, the island’s first national park. The former estate is now an internationally recognized garden and palm collection. Tours are offered. (www.bnt.bs/the-retreat)

Ardastra Gardens, Zoo and Conservation Centre, a four acre complex, showcases tropical gardens, animals and Caribbean flamingoes. The flamingoes perform for visitors on a regular schedule and they are a “must see.” They have been featured in National Geographic. (www.ardastra.com/about-the-only-zoo-in-the-bahamas)

Aquaventure Water Park and Dolphin Cay offer 155-acres of fun and excitement at Atlantis Resort. Aquaventure is filled with a wide variety of water themed activities including a mile long river float. Dolphin Cay offers marine life interactions including the opportunity to be a trainer for a day. Day passes are available. (www.atlantisbahamas.com/daybooking)

A quintessential Nassau souvenir is John Watling’s Rum, considered the “Spirit of The Bahamas”. Watling was a pirate who amassed a fortune that is believed to still be buried on Fortune Hill in San Salvador. He was killed in 1681. The John Watling Distillery is located on the 1789 Buena Vista Estate in central Nassau. All products are finely crafted and hand packaged. Tours are offered daily. (www.johnwatlings.com)

This is a perfect time to get away from the cold and snow. It really is better in the Bahamas!