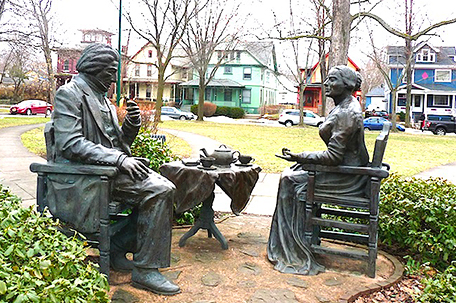 In 1926, Carter G. Woodson created Negro History Week and deemed February the month for this celebration of Black achievement because it was the birth month of both Frederick Douglass and Abraham Lincoln. Douglass, the most photographed man of his era, was also the most influential man of color.

Frederick Augustus Washington Bailey was born into slavery on Maryland’s Eastern Shore in 1818. He “stole himself” on September 3, 1838 and traveled by train and boat to Philadelphia and then to New York. He changed his name to Douglass in New York and wed Anna Murray, a free Baltimorean who had assisted his escape. Douglass moved to Massachusetts, became involved in the abolitionist movement and rapidly became an important orator. He had learned of the movement in 1831, shortly after becoming literate and coming upon a copy of the “Columbian Orator.” In 1847, Douglass relocated to Rochester, New York after a rift developed between he and his mentor, citing “motives of peace”. His family joined him in 1848.

Douglass chose Rochester for several reasons. New York State played a significant role in the Underground Railroad (UGRR) because it offered Canadian access via land and water. There were more active anti-slavery groups in the state than in any other and religious and Black communities provided assistance and a haven. He also had a number of friends in the city. Douglass would live there until 1872, longer than he would reside anywhere else. (www.visitrochester.com) 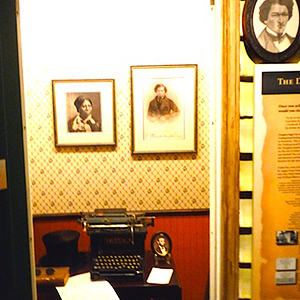 Douglass was not the first person of African descent to live in Rochester, albeit he is the most renowned. Asa Dunbar, a mulatto, was among the first to settle the area in 1795. Within 30 years, the number of Blacks had grown to over 230 largely due to jobs available in the mills and the canal industry.

Southern slave catchers would sometimes track freedom seekers to Rochester. There are regional stories of the community assisting in escapes. One of the most poignant of these stories deals with Ellen, who was tracked and captured. The Black community managed to free her, but she was recaptured. The second capture resulted in her gaining her freedom by slitting her own throat. 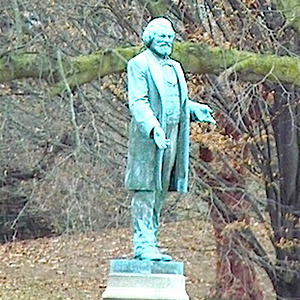 The City of Rochester is honoring the legacy of Douglass on the 200th anniversary of his birth. A series of creative and informative events will take place throughout the year spearheaded by the city and the Frederick Douglass Bicentennial Commemoration Committee under the aegis of Rochester Community Television and Rochester Contemporary Art Center. A proclamation designating 2018 as “The Year of Frederick Douglass” was decreed on Jan. 4th. (www.cityofrochester.gov/frederickdouglass200).

Douglass  published a four-page weekly newspaper called “The North Star.”The first issue was published in the basement of the A.M.E. Zion Church — which was an UGRR stop, on December 3, 1847 at a cost of $2.00 annually. Subsequently, it was published in the Tallman Building until 1851. In 1851, it became Frederick Douglass’ Paper. In 1861 through 1863, it was known as the Douglass’ Monthly.

The Tallman Building was constructed in 1820. During Douglass’ residence, the building served as a stop on the UGRR. It is believed that he hid freedom seekers in his printing office. In 1849,  writer Harriet Ann Jacobs organized an anti-slavery reading room there. The building has been designated a Historic Site in Journalism. 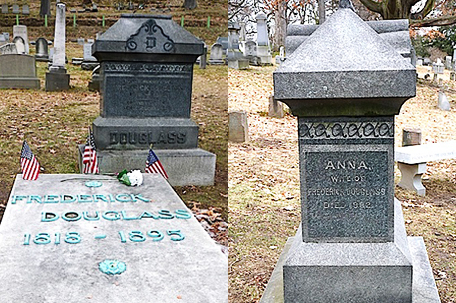 Douglass purchased a home in 1848 at 4 Alexander Street from an abolitionist. His neighbors on both sides were abolitionists. Even though there were protests by other residents, he lived there for  four years. He then moved just outside the city. This rural home served as a stop on the UGRR , with Anna often serving as stationmaster.

On May 22, 1863, the Bureau of United States Colored Troops (USTC) was formed by the War Department. Douglass immediately became a recruiter. Two of his first recruits were his sons Lewis and Charles.

In 1872, Douglass’ home was burned down in a probable case of arson. He returned from a speaking engagement to find his home gone, his family displaced and was refused a hotel room until they learned who he was. He then moved to Washington, DC where he died of a heart attack in 1895. A second funeral was held for him at Central Presbyterian Church in Rochester and he was interred in Mount Hope Cemetery. (www.fomh.org).

Rochester Museum & Science Center’s exhibit, “Flight to Freedom: Rochester’s Underground Railroad”, is an outstanding interactive journey in the footsteps of historic abolitionists and freedom seekers. Special emphasis is placed on the lives of Douglass and Harriet Ann  Jacobs. This exhibit is a learning experience for all ages. (www.rmsc.org).

Sidney W. Edwards’ 1899 Douglass Monument is located Highland Park. Originally situated near the train station, it was relocated in 1941. It was the first statue dedicated to an African-American in the country.

The Strathallan Hotel is a Rochester icon. This premier boutique hotel offers an extensive menu of services including luxurious accommodations, superior service, spa and a rooftop bar with a 360-degree city view. Situated in the heart of the city, it is walking distance to many attractions. The Strath is a great choice when visiting the city. (www.strathallan.com).

Honor his legacy by seeking the spirit of Douglass in Rochester. (www.iloveny.com).

Seat sitters are the perfect inexpensive protection for travelers. The package contains 1 seat cover, 1 tray table cover, 1 allergy mask and 2 sanitary wipes. These items, while disposable, can also be washed and recycled. Protect yourself and your loved ones from food allergies, E-Coli, Cold and Flu germs and accidental spills. (www.SeatSitters.com).