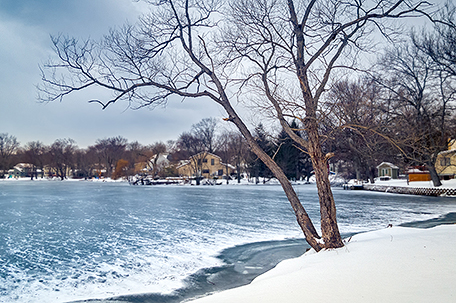 Philadelphia is often considered the nation’s birthplace but had not a number of pivotal events occured 85 miles away in New Jersey, history would have taken a decidedly different course. Morris County left an indelible mark on Revolutionary-era history, and many of these event locations remain virtually intact, offering interpretive tours year round. (www.morristourism.org).

Lenni Lenape Indians occupied the land for more than 5,500 years prior to the earliest European settlement in 1715. In 1739, the county was officially recognized and named in honor of the first royal governor, Col. Lewis Morris, of the colony of New Jersey. The 30-sq. mile county has 11,000-acres of land preserved for the sole use of recreational and leisure activities including arboretums, golfing, hiking and horseback riding.  (www.visitnj.org).

Morristown, the county seat, is a great place to begin your journey along the 35-mile “Patriot’s Path”. The 2.5-acre Morristown Green was the setting for important events throughout the area’s history, most significantly during Washington’s encampment during the American Revolution and two sculptures commemorate activities that occurred here. Patriot’s Farewell honors the New Jersey Militia who left their families to join the Continentals. The Alliance depicts May 10, 1780 when Lafayette informed George Washington and Alexander Hamilton that the French would support the American war effort. (www.themorristowngreen.org).

On Christmas Day in 1776, Washington daringly moved his troops across the Delaware River and into New Jersey by night. The ensuing victories at Trenton and Princeton gave renewed hope for victory.

He then marched his men 49 miles to Morristown to set up a winter encampment on January 6, 1777. The location was chosen because it enabled Washington to monitor the British in New York and protect the roads to and from British-held Philadelphia. The county became known as “The Military Capital of the American Revolution”.

The annual Christmas Day Crossing Reenactment is one of the premiere holiday events in our region. It is held from noon to 3 PM, with the launch at 1 PM, and is free. Prior to that on December 10th, there will be a rehearsal that is also open to the public. (www.washingtoncrossingpark.org).

Washington’s first headquarters in Morristown was the Jacob Arnold Tavern on the Green from January 6 – May 27, 1777. Colonels and above were headquartered in buildings because they were considered safer. Enlisted men set up encampments outdoors. (www.townofmorristown.org). 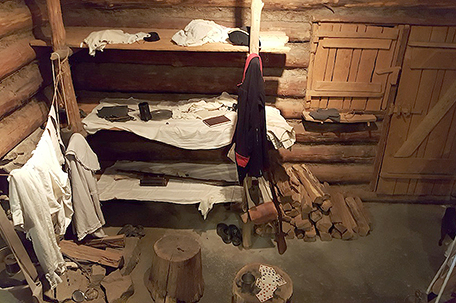 Morristown National Historical Park interprets the winter encampment from December 1779-June 1780, during one of the coldest winters ever recorded. Twelve to 14,000 men withstood extreme deprivation and 28 snowfalls. Jockey Hollow Visitor Center offers an introductory video and a completely outfitted, full-scale, soldier hut. Also within the park is the Wick House and replica soldier huts. (www.nps.gov/morr/index).

The Washington Headquarter Museum was designed incorporating elements of Mount Vernon. Exhibits inside include items that belonged to Washington and a painting of George by Gilbert Stuart. The 22 minute documentary, “Morristown: Where America Survived,” is regularly scheduled. 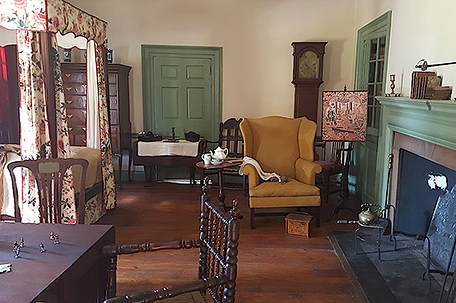 Located a short walk away is the Ford Mansion, Washington’s second headquarters, December 1, 1779 – June 23, 1780. Jacob Ford Jr., the owner of the home, died in 1777 and his widow Theodosia invited Washington to occupy it. She and her four children stayed in rooms on the first floor and Washington and more than 20 assistants and secretaries, including his youngest aide-de-camp Hamilton, set up a War Room and sleeping quarters. Highlights of the tour include the room in which the Washingtons stayed when Martha visited the winter of 1779 and a replica of the room where his aides slept. 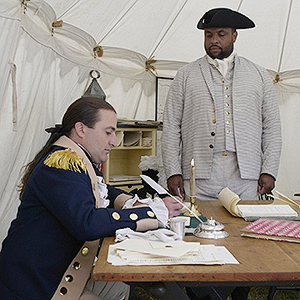 Hamilton was sent to deliver a communication to Washington’s physician, Dr. John Cochran, who was staying at the Schuyler-Hamilton House. His niece, Eliza Schuyler, was visiting. Hamilton met her there, courted her and married her a year later. (www.njskylands.com/attractions-schuyler-hamilton-house).

After the American Revolution the wealthy leaders of the country began building large country estates in the county and it became known as an enclave of rich and powerful people. Today, it is home to more than 50 Fortune 500 companies.

Gustav Stickley selected the area to start a utopian community. He constructed a family home, the Log House, in 1911 to showcase his furniture and lifestyle. The 1.5 hour tour includes the home and several out buildings. Original furniture is labeled. Special note should be taken of the mottoes on the fireplaces. This international destination is right in our own backyard. (www.stickleymuseum.org). 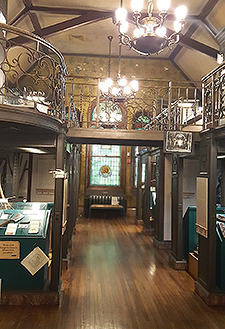 The Museum of Early Trades & Crafts (METC) is truly spectacular. In 1900, philanthropist D. Willis James donated $65,000 for the building of a public library, a “Cathedral of Learning”. This stunning structure features 20-ft. ceilings, eight chandeliers, three fireplaces and 56 stained and painted glass windows. In 1970, the METC was founded to preserve and exhibit more than 8,800 pre-industrialization tools. (www.metc.org).

The Shakespeare Theatre of New Jersey, one of the nation’s largest and most significant, was founded in 1962. The theater mounts six annual professional productions of Shakespeare and other classics. Their work is profound. (www.shakespearenj.org).

To round out your visit take the time to stop at the Long Valley Pub & Brewery. Housed in a 200 year old barn they offer an eclectic menu, craft beers and interesting ambience. (www.restaurantvillageatlongvalley.com).

Westin Governor Morris is an ideal blend of unique history and modern amenities. There are 224 accommodations, along with signature Westin Heavenly Bed, WestinWORKOUT Fitness Center and designer linens and bath products. Signature and specialty treatments are available at the DePasquale The Spa. The hotel is pet friendly. Affordable packages are offered online. (www.westingovernormorris.com).

Educational & Experiential Harriet Tubman Travel Package*** offered by Dorchester County Tourism- Explore the scenic landscapes of where Harriet Tubman and other freedom seekers worked, lived and escaped slavery. Hotels, bed and breakfasts, restaurants, and local businesses are teaming up to offer discount rates and exclusive perks only to Tubman travelers. The offers are available through October 2018. To reserve a Tubman Travel Package, guests can make a reservation at one of five lodging partners. For more information go to www.visitdorchester.org/the-tubman-travel-package