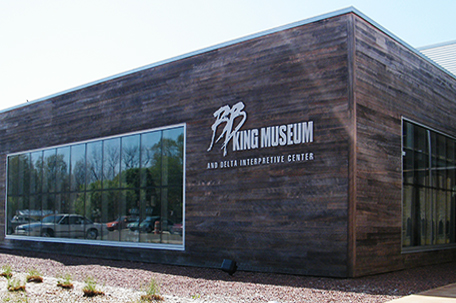 (Including the towns of Greenwood, Meridian, Cleveland, and Hattiesburg)

“As a form, the blues is an autobiographical chronicle of personal catastrophe expressed lyrically.”

At the time of legendary bluesman Robert Johnson’s untimely death at 27, he had recorded 29 songs and would influence other blues musicians across the world.

The 10-site Robert Johnson Life & Legacy Tour is centered around Greenwood, Mississippi. In July 1938, Johnson was poisoned over a woman in a juke joint and died an agonizing death on August 16 at the Star of the West Plantation. Several burial sites have been cited but it is now generally accepted that Johnson was buried in Little Zion M.B. Church Cemetery. Little Zion M.B. Church, the site of the movie “The Help” character Minnie’s place of worship, is also listed on Greenwood’s 14-site movie tour centered around the movies’ locations. (www.visitgreenwoodms.com) 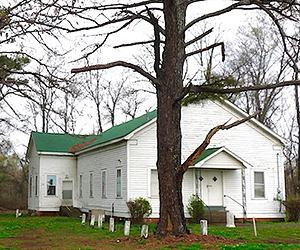 The Alluvian, winner of the AAA Four Diamond Award, offers luxury accommodations and a complete menu of spa services in the heart of the Greenwood Delta. The boutique hotel teams with the Viking Cooking School to present events and unique classes. Giardina’s Restaurant and Bar is adjacent to the hotel and is renowned for its stunning drink menu and gourmet cuisine. The Alluvian is a wonderful destination hotel, ideal for getaways and as a hub for Delta explorations. (www.thealluvian.com)

Choctaw Indians occupied Meridian, Mississippi until an 1831 treaty opened it to European settlement. It is listed on both the Delta Blues and the Meridian 18-site Civil Rights Trail. It was home to Jimmie Rodgers, the father of country music, and currently honors the  local arts at several locations, including a downtown Walk of Fame. (www.meridianms.org)

The Mississippi Arts and Entertainment Experience, known as the MAX, opened April 28, 2018. The Hall of Fame is the 360-degree focal point featuring a two story rotunda. The second floor has 6 galleries with 10 predesigned tours. The titles of the six galleries are Land, Home, Community, Church, People+Places and Global Community. They contain interactive activities and holograms in over 58,000-sq. ft. of exhibition space. (www.msarts.org)

Weidmann’s is the oldest restaurant in the state. It was founded in 1870 and moved to its current address in 1923. Weidmann’s menu consists of Southern cuisine based on authentic recipes and regional specialties. Don’t forego this treat.  (www.weidmanns1870.com) 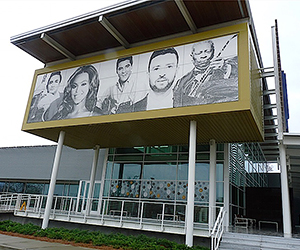 The 28,000-sq.ft. Grammy Museum is Cleveland’s newest addition and the first Grammy Museum not in Los Angeles. The museum interprets the history of music and the award itself. There are numerous artifacts and opportunities to engage with the music.

My personal favorite is a station that allows you to select a song and hear how it would sound as a recording on a wax cylinder, on a gramophone, on vinyl, on a cassette and in surround sound. A temporary exhibit, “Legends of Motown: Celebrating the Supremes” is on view until September 3rd. Original Supreme Mary Wilson’s personal photographs and costume collection are displayed.  (www.grammymuseumms.org)

Chef Cole Ellis presides over the Delta Meat Market, a full service butcher shop, grocery store and southern restaurant. Everything is delicious and you will like both the comfort food and the comfort.  (www.deltameatmarket.com) 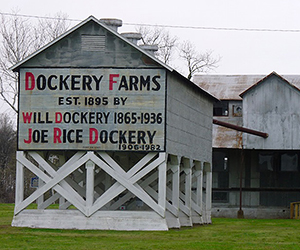 Eight miles from Cleveland is the 1895 Dockery Plantation, a true blues mecca. This cotton plantation was home to Charley Patton, a seminal blues figure. Robert Johnson, Pops Staples and Howlin’ Wolf lived, worked and learned there. Tours are self-guided. (Dockeryfarms.org)

B.B. King called Indianola home and they honor his legacy in the $17.6-million B.B. King Museum & Delta Interpretive Center housed in the oldest brick cotton gin, where King once worked. Self-guided tours begin with a 12-minute film and proceed into the chronological story of King’s life. Many of the exhibited articles were donated by King himself. He is buried on the museum grounds.  (www.bbkingmuseum.org)

Hattiesburg has the unique distinction of being both a university and a military town. It has 42-miles of rails to trails and the 1964 Freedom Summer Trail complete with audio guide. Live music is offered every night of the week.  (www.visithburg.org)

There are six large exhibition areas and two Halls of Honor. African-American military history is integrated into the exhibitions to make their contributions even more comprehensible. Display highlights include dioramas of  a WWI trench and Vietnam medical evacuation. (www.armedforcesmuseum.us)

An American Pilgrimage, the Mississippi Delta Blues Trail (part one)