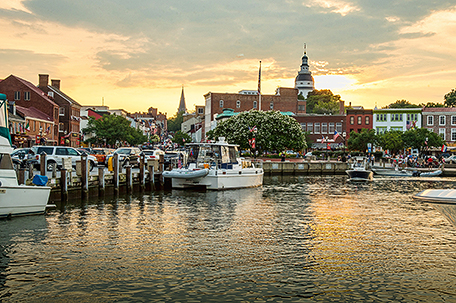 North Beach and Chesapeake Beach are twin bayside beaches. North Beach is located on the northern tip of Calvert County and has a .50-mile boardwalk and 7-block waterfront. The Bayside History Museum places emphasis on the history of North Beach. The beach offers fishing, swimming, kayak rentals and boat slips. #1Xmas town

The best way to learn about Chesapeake Beach is to follow the Historic Heritage Trail. It was developed as a resort area in the 1890s and the Chesapeake Beach Railway operated from 1900 to 1935 and its story is related in the Railway Museum housed inside a former station. The Railway Trail has wonderful views of Fishing Creek and the surrounding terrain. baydreaming.com

Numerous events and activities take place at the Chesapeake Beach Resort & Spa. It is a destination in itself but it is located within an easy drive of all the main attractions on the Western Shore. It offers rooms with waterfront views, fine dining, a spa menu of treatments, a casino and a vast array of water sports. Rock the Dock, a series of concerts, is presented on the beach in a unique Band Shell. chesapeakebeachresortspa.com

Visitors can go from sea to stars in only a short drive. Spaceflight America and Science Center is an excellent walk into the history of spaceflight. This museum is filled with artifacts and interpretive galleries that will awe you. Everything here is a highlight but you must not miss a full sized replicated space station, the earliest digital camera, a 1998 model that cost $15,000 and held six pictures, Russian, Chinese and American space gear and an authentic Mission Control console. With all those wonders my favorite was the medical treatment apparatus. In space astronauts need speedy diagnosis and this milk crate sized device takes 30-seconds to complete a full analysis of every possible medical condition. Spaceflightamericamuseum.org 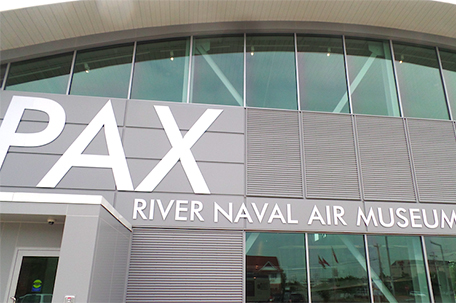 The Patuxent River Naval Air Museum relates the history of more than 70-years of naval aviation in a newly opened $5.6-million facility within an indoor-outdoor complex. A replica of the first, 1911 naval airplane, greets you in the foyer. After visiting exhibits in the main museum visitors proceed to the Flight Line, 21 planes including experimental and supersonic planes. The test pilot school is on the adjoining base and these are actual planes tested there. People who were part of the program give the tours and insider information such as, army navy and marine planes must be 90 percent compatible so that parts are interchangeable. The final stop on the tour has full sized flight simulators that allow visitors to select their own combat mission. This is another hidden gem. paxmuseum.com

Why stop on the surface when you can dig deeper at the 560-acre Jefferson Patterson State Park and Maryland Archeological Conservation Laboratory. Once the site of a, 10,000 BC, woodland Indian village, it now contains interpretive trails and more than 65 archeological sites. The conservation lab features artifacts, 90 percent from Maryland and 10 percent federal and offers tours and public archeology days. Spotlighted on the grounds is the site of Sukeek’s Cabin. Sukeek, Jane Dawson, an African American lived there from 1880-1920. She died the day she received a letter that her son was killed in WWI. jefpat.org

James Bowles purchased 2,000-acres in 1699 and erected a 2-room cabin. In 1703 his slaves built the main house. Records indicate that in 1723 he purchased 263 slaves and in 1729 he sold the tobacco plantation. During the War of 1812 out of the owner’s 60 slaves 48 escaped to the British. One slave escaped during the Civil War and joined the USCT. 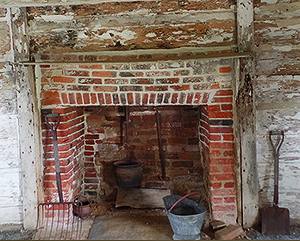 Sotterley Plantation is the sole remaining tourable Tidewater plantation. Mansion tours begin with a 10-minute orientation film. Important features of the house include the magnificently slave carved tulip poplar alcoves in the drawing room and a 1760 Chinese Chippendale staircase. A slave cabin on-site houses “To Be Enslaved,” an exhibit that interprets the slave experience in the region through artifacts and displays. sotterley.org

The 1880s Old Wallville School is a significant site in American history. This tiny building functioned as the separate African American High School. Teacher Harriet Brown discovered that white teachers with the same experience and education were paid nearly double the salary of black teachers. She went to the NAACP where a young attorney, Thurgood Marshall, took the case. In 1937, it was ruled that unequal salaries violated the 14th Amendment and this landmark case laid the groundwork for equalization of salaries. oldwallvilleschool.org

The Annmarie Sculpture Garden was founded n the 90s and it became a Smithsonian Associate in 2003. A museum, surrounded by more than 25 outdoor sculptures, showcases rotating exhibits. The most famous sculpture in the garden is Antonio Mendez’s “The Oyster Tonger.” It as the first sculpture purchased and depicts an oysterman in honor of the men who fished the region. annemariegarden.org

Serenity Farm is a 250-acre working agri-tourism farm. It was a native Acquintanacsuck village, a landing point for John Smith in 1609 and a campsite for British in the War of 1812. The farm is family owned and offers tours, a petting zoo and a farm store.

Previously it was the Smith tobacco plantation and recently 23 graves of enslaved infants and adults were discovered. The most recent grave dates from 1810. Some of the bodies were exhumed for DNA testing, one individual’s face has been reconstructed forensically and visitors can see his face across the centuries. The burial ground has been kept as they would have been and a documentary, “Remembered by the Wind,” is being filmed. serenityfarminc.com

The Western Shore is ground zero for seafood and farm to table dining. I could make dozens of recommendations but here are a few favorites.

Walls Bakery is renowned as the 3rd generation bakery of delicious éclairs. They are made from scratch and are the favorites of movie producers and presidents. wigwamwallsbakery.com

Rex is located inside a 1920s movie theater and decorated with posters of movies that were once shown there. Rex’s specialty is modern twists on comfort food and their signature Rex Charcuterie is outstanding. The restaurant is in the heart of Leonardtown’s Arts and Entertainment District, the only one in southern MD. therexmd.net 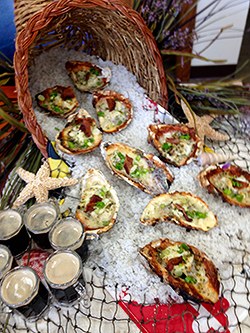 Brick Wood Fired Bistro is not to be missed. You may have seen some of the kids on “Chopped Junior” from their children’s cooking classes. They use wood-fired ovens, locally sourced foods and herbs that are grown on the restaurant’s roof. The menu changes seasonally and it features a 6-course bourbon dinner. brickwfb.com

If after you have heard about all the wonders of the Western Shore of Maryland you still aren’t convinced, remember the US Oyster Festival. The festival will be held October 15-16 and highlights the National Oyster Shucking Contest and the National Oyster Cook-Off. There is nothing like it. usoysterfest.com