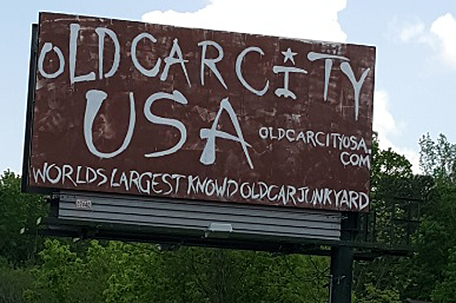 Have you ever noticed the Georgia logo at the end of a movie or television program — or listened to the line “Made in Georgia” — and wondered what was their deeper significance. Georgia, the Film Capitol of the South, second only to California in the nation, was the scene of more than 245 productions and generated $7 billion in 2016. The industry exists throughout the state’s 159 counties, but really flourishes within a 50-mile radius of Atlanta due to film union regulations. There are numerous tours that take visitors to actual locations, places visited by celebrities and immersive activities that make you feel part of the film world, and this is the “Year of Georgia Film.” The state is truly ready for its close-up.

Movies were made in the state in the 50s and 60s but in 1972 it was the profitable filming of “Deliverance” that made everyone really take notice. In 1973, then Governor Jimmy Carter created the GA Film Commission, initiating an active pursuit of the industry. Today, productions, both movie and television, can qualify for a 20% tax incentive, 30% if the logo is inserted at the end of the film. The state offers other unique draws, such as the only Home Depot in the world geared to film industry needs, and the GA Film Academy, created to teach skills needed, make-up artists, lighting, set design, etc., by studios. Currently, the most costly film ever made is being filmed in GA with a $1-billion budget. (#GeorgiaFilm) 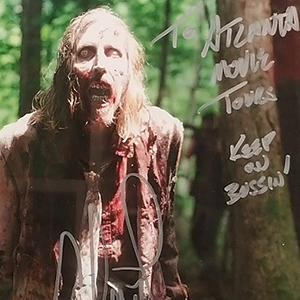 An exploration of GA’s golden circle should begin in Atlanta with Atlanta Movie Tours. They offer a variety of movie tours led by people who are working on current productions and fill you in on insider information. There most popular tours revolve around “The Walking Dead” (TWD). The tours are guided shuttle tours with limited walking. Season One of “TWD” was filmed in Atlanta and many of the iconic scenes are on the tour including the bridge where Rick is depicted riding into the deserted city on a horse. Other movies sites visited include those of “Hidden Figures,” “Sully,” “The Hunger Games,” “Driving Miss Daisy,” “Captain America: Civil War,” and more. If you opt to take the Atlanta Heritage Tour you will visit film locations and Martin Luther King heritage sites. )@ATLMovieTours)

Cartersville, 43-miles from Atlanta, is currently one of the countries most significant film tourism locations, because downtown Cartersville is prominently featured in “Guardians of the Galaxy 2.” The area is easily recognized in the movie, and is great for selfies. Three additional projects filmed in Cartersville are due for release later this year. (http://visitcartersvillega.org)

While downtown, be certain to be photographed in front of the world’s first Coca-Cola wall sign on the side of Young Brother’s Pharmacy. It was painted in 1894 and restored and authenticated in 1994. The sign was painted without an “i” that was noticeably inserted later.

Prior to film fame, the Cartersville region played an active role in American history. It was the location in which Sherman severed the telegraph wires to cut off communication before launching his march to the sea. Michelle Robinson Obama’s ancestors lived in the area and her –great-great-great grandmother, Melvinia Shields is buried in Queens Chapel Methodist Church Cemetery.

Booth Western Art Museum, a Smithsonian affiliate, showcases the largest collection of western art in the nation and it is breathtaking. Tours begin with exterior sculptures and proceed through nine galleries filled with artworks and artifacts. Many consider the Presidential Gallery featuring a picture and a letter from every president, a highlight.  A 15-minute video is available to orient visitors. www.boothmuseum.org

The 125,000-sq. ft. Tellus Science Museum is a second Smithsonian affiliate. It consists of three Xploration Zones, the Fossil, Mineral and Transportation Galleries, a planetarium and the Solar Decathlon House. The showpieces here are the fossil collection, a visual periodic table and an authentic moon rock. www.tellusmuseum.org 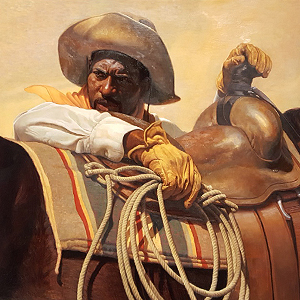 Hernando De Soto and 1,000 troops visited “Itawa”, now Etowah Indian Mounds, in 1540. Native Americans lived there from 900 until around 1550. The Spanish carried with them measles and smallpox and devastated the population. Today the mounds represent the most intact Mississippian Culture site in the southwest. A small museum in the visitor center offers an introduction and archeological displays include two unique marble effigies. Six mounds are on the site as well as a defensive ditch, village site and nature trail. www.gastateparks.org

Old Car City is a great place to end this part of the tour. This 40-acre quirky roadside attraction has become an international draw and provides an experience that is not replicated anywhere else.  More than 4,000 classic cars are showcased in nature in various stages of deterioration. As guests wander along the 7-miles of trails they are also introduced to folk art and handpainted signs situated throughout the site.

Old Car City was established in 1931 as a car dealership and later became a junkyard for used car parts. The site is so picturesque that people began to visit to view and take photos and as word spread it was used as a location for video and modelling shoots. In 2015, the new Corvette was debuted there, and it was featured on numerous television programs. Three things visitors must bear in mind, there is an admission fee and an additional fee to take pictures, you must remain fully clad and do not miss the Styrofoam Cup Display on the second floor of the office.

Georgia is always a fun filled destination and the “Year of Film” promises to add an extra measure of excitement. In this instalment we immersed ourselves in zombie culture. Next week, we continue to film sites connected with “Vampire Diaries.” You will love it. #ExploreGeorgia