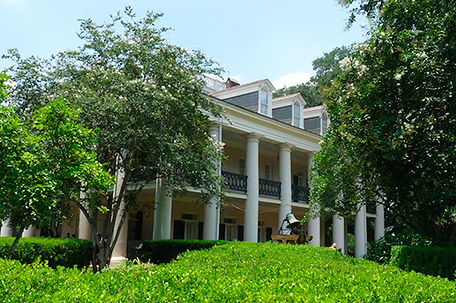 Laura Plantation features a 75-minute award-winning tour of this Creole plantation that brings to life all aspects of the family that owned it and the free and enslaved population that worked there. Twenty-years of research using archival material, inventories, Civil War pension records and a memoir — entitled “Memories of the Old Plantation Home,” penned by one of the Lauras who lived there — went into developing the guided tour.

Highlights include the house, the focus on the French Colonial experience and the 2017 addition of an exhibit based on the documented experiences of the individual enslaved residents, including skilled labor, health, medicine, domestic life, and post-Civil War. Approximately 400 enslaved people moved through this plantation. In 1994 Laura was the first Louisiana historic attraction to incorporate the stories of the enslaved. The site is listed on the Louisiana African American Heritage Trail.  (www.louisianatravel.com/african-american-heritage-trail)

The guided grounds tour showcases 12 buildings on the National Register including the house, gardens and an authentic 1840 slave cabin. The 1804 home, originally 5 rooms wide and 2 rooms deep, is notable for its Federal interior. Visits begin in the outstanding gift shop, Laura’s Plantation Store. (www.lauraplantation.com)

Oak Alley Plantation provides a memorable experience from the moment you glimpse the quarter-mile allée of 28 live oak trees that lead to your exploration of the 11 interpreted sites on the grounds. A guided tour of the “Big House” takes you through the 1837, two-story, Greek Revival structure dominated by the 28 Doric columns on the façade. Six reconstructed slave cabins comprehensively represent the life of the enslaved residents from field to household staff in the “Slavery at Oak Alley” exhibit.

The plantation has been used as a setting for “Hush, Hush, Sweet Charlotte,” “Interview with a Vampire,” “True Detective” and Beyonce’s “Déja Vu” video. Oak Alley offers a restaurant, an inn and a gift shop. It is a singular experience. (www.oakalleyplantation.com)

For film buffs, the 1830 St. Joseph Plantation, adjacent to Oak Alley, is a mandatory stop. This operating Creole sugar plantation is currently the setting of “Queen Sugar” and was used in “12 Years a Slave.” The gift shop features crafts made by descendants of individuals who worked there.  (www.stjosephplantation.com) 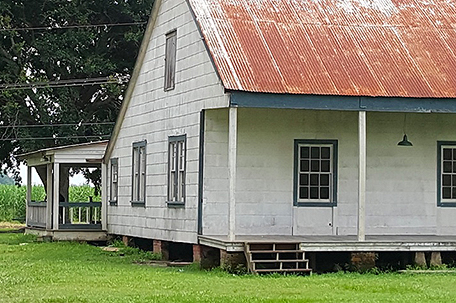 The 1752 Whitney Plantation, originally known as “Habitation Haydel”, is the sole plantation museum dedicated to interpreting the story of the enslaved residents. Founder John Cummings spent $11-million of his private fortune on restoration, artworks, monuments, memorials and a museum based on research and primary documents, all housed on the 2,000-acre complex.

Guided tours begin in the museum with a general overview of slavery in the region and proceeds onto the grounds where you encounter the children of Whitney. Life-sized sculptures of enslaved children by Woodrow Nash, as they would have appeared in 1865, placed around the grounds. A collection of the sculptures is in the original 1868 freedmen’s Antioch Church. 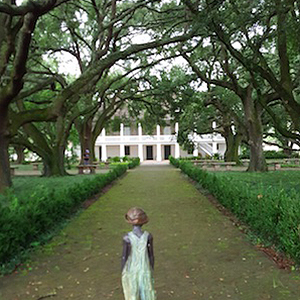 There were 354 slaves on Whitney from 1752 until1865. A +Wall of Honor records their names. The 1811 German Coast Uprising exhibit details the largest slave revolt in American history. A slave jail made in Philadelphia, a 1790 French Creole barn, slave quarters and the 1803 French Creole raised Big House are included on the tour.

The most arresting memorial is the Field of Angels, honoring the 2,200 enslaved children who died in St. John the Baptist Parish 1820-60. Etched in each plaque is the child’s name, date and age of death and mother’s name.

Louisiana’s plantation country’s African-American experience did not end with emancipation. Historic Riverlands Christian Center begins where the plantation stories generally end. They offer specially designed tours as well as interactive experiences, a Catholic history tour and “Soul River: A Musical Journey through African American History.” Philadelphians will find the role Katherine Drexel played in the history of Louisiana’s African American history particularly intriguing. Packages and catering are offered and this site is particularly fitting for groups and reunions. It is on the African American Heritage Trail.  (www.historicriverlands.com)

The Sorapuru House, home to a family of Creoles of Color, was constructed in 1825. The house is inscribed on the registry of National Historic Places because of its architectural significance. It is one of the last extant examples of French Creole architecture and it functioned as the first parish courthouse until 1847.  (www.neworleansplantationcountry.com)

Dining in the towns along River Road is always a treat and here are a few of my favorites.

Nobile’s Restaurant began in 1894 as a place for lumbermen to meet and eat. (www.nobilesrestaurant.com) 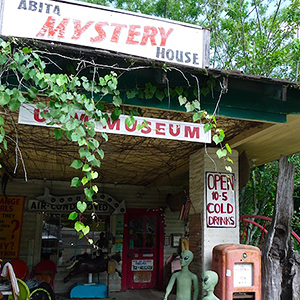 Chef Richard Kiral presides over the kitchen at Ormond Plantation Restaurant situated in one of the oldest plantation mansions. The atmosphere is exceeded only by the international cuisine.  (www.plantation.com/restaurant)

United Front Transportation Services provides transportation to the River Parishes for groups and individuals as well as airport pickups. If you have a long layover at the airport you can arrange to take a tour and still make your flight.  (www.unitedfronttransportationservices)

Get outside of New Orleans and have the experience of a lifetime in Plantation Country.  (#nolaplantations)

Abita Mystery House, located in Abita Springs, Louisiana, exhibits artistic works created by artist John Preble of more than 1,000 objects and inventions. Visitors follow a winding path that leads pass tiny dioramas, machines, button-activated displays and animated exhibits. Highlights of this homage to the unusual are the paint-by-number collection, the Bassigator and a full-scale UFO. The Mystery House has been featured on a number of television programs. (www.AbitaMysteryHouse.com)