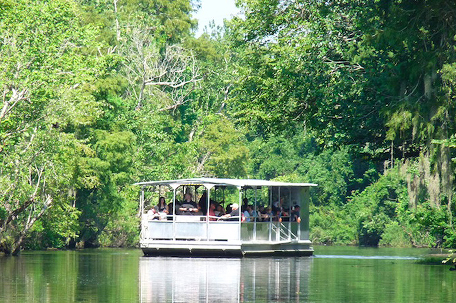 No experience has so impacted the United States as profoundly and lastingly as the years of Black enslavement, which lasted from 1619 to the end of the Civil War. “The peculiar institution” remains a defining characteristic of who we were, are and will become as a nation. How do we align the events of the past with the view of ourselves that we are a country founded on the principles of liberty for all and malice toward none?

Might I suggest beginning with a trip to Louisiana? (www.louisianatravel.com)

To better understand the present we must peel back the layers of the past and a trip to the plantations along both sides of the river on Louisiana’s Great Mississippi River Road is a great way to do it. The road begins just outside of New Orleans and winds 70-miles to Baton Rouge. This was the same road that planters and slaves traversed as they traveled from city homes to plantations or moved from field to field, passing palatial homes, slave quarters, rustic churches, bayous, and levees. (www.gonola.com)

Many of the mansions remain, some offer tours and a few feature overnight accommodations. The largest group of homes was constructed beginning in the early 1800s, often in the Greek Revival-style with a common feature being the use of columns. There is also a collection of Creole houses that date from the French colonial era. Moss-draped oaks and beautiful gardens complete these idyllic scenes but there are other equally important structures that remain from the antebellum period. The dependencies, slave quarters and work buildings were also significant parts of the plantation complex.  (www.nps.gov/nr/travel/louisiana/riverroad) 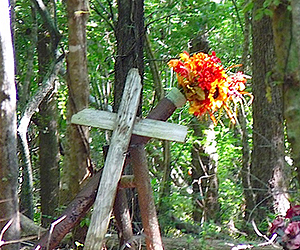 In 1682, La Louisiane, named to honor Louis XIV, became a colony of France. Antoine Crozat became the Proprietor of Louisiane in 1712 with an express mandate to fill the colony with White Catholics and Black slaves in hopes of bolstering France’s sagging economy. Prior to this, the native population had been the primary slaves, but they proved difficult because they could escape and return home. The settlers imported Black slaves from their West Indies colonies. John Laws Company of the West took over in 1717. He promised to supply 3,000 Black slaves by 1727. By 1721, 2,000 slaves had been imported, but only 565 survived because of the disease, climate and arduous labor.

Native Americans and Africans joined forces on several occasions to rebel, most notably The Great Natchez Massacre on November 18, 1729. They launched an attack that killed approximately 200 of the French and freed more than 275 slaves. Slaves who fled the plantations would often create maroon (from the French marronage, “to run away”) communities in the bayous and swamps. When the Spanish took over, they abolished Indian slavery in 1763.

A series of events occurred at the end of the 18th-century that made Black slavery even more lucrative. The invention of the cotton gin and mechanization of spinning and weaving increased the production and sale of cotton. In 1795, it became possible to produce granulated sugar from Louisiana cane. White planters fled the Haitian revolt, bringing with them slaves skilled in the labor needed in the region. Steamboats began plying the waterways of Louisiana increasing the ease of shipping goods.

The value of a slave in Louisiana increased and generally cost double the price in Virginia. New Orleans became the largest slave market in the nation, selling 6-8,000 annually. In 1860, there were 331,726 in the state and it ranked first in the number of people owning 70 or more slaves. Solomon Northrup in “12 Years a Slave” graphically describes slave sales in New Orleans and life on a River Road Plantation.

Cajun Swamp Tours, in the heart of the 54-mile Plantation Country, provides an excellent way to explore the bayous and swamps on a cruise within a private wildlife refuge. The native-Cajun guides narrate as you spot wildlife and pass by the Cajun town of Frenier and the gravesite of the Julia Brown. Brown, believed to have been a voodoo priestess, had an acrimonious relationship with her neighbors. She predicted that upon her death they would die too. She died in 1915 and on the same day, a hurricane wiped out the entire community. Her spirit makes Manchac the country’s most haunted swamp. You may not see Julia, but you will see numerous American gators. (www.cajunprideswamptours)

River Road’s plantations are noted for their architecture, individual histories and now, the unique and increasingly comprehensive manner in which they tell their stories, making each plantation distinctive and worthy of exploration.  (#nolaplantations) 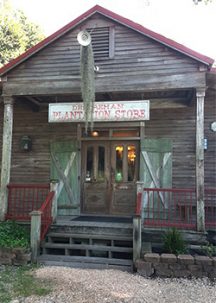 The house is French Colonial with Greek Revival Doric columns and semi-detached wings. Some of the furnishings and all of the portraits are original and a 1,300-lb marble bathtub is a showpiece. The 1994 film “Interview with the Vampire” was filmed here.

The 20-acre complex features 15 tour stops and a history that is inclusive of all the people who lived and worked there. The slave cabins are original, but their porches are not. Costumed docents share information on general history and the lives of the enslaved.

Demonstrations on daily life including indigo, construction, weaving, cooking and African American herbal remedies are presented on a rotating basis.

The Miller-Haydel Museum has an excellent exhibit detailing the 1811 slave rebellion, the largest in US history. More than 500 farm implement wielding slaves headed to New Orleans shouting for freedom. Their way was blocked by troops and a battle ensued. 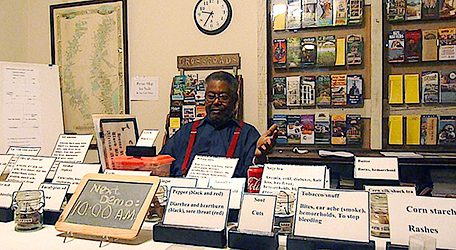 Some rebels were hacked apart and decapitated, their heads displayed on pikes along River Road. There were three trials for the remaining leaders, one of which was held at Destrehan. The story was suppressed because plantation owners feared further rebellion. Interestingly, after the Civil War the plantation was the site of a freedman’s colony.  (www.destrehanplantation.org)

Join me for part two as we continue our journey.  (www.neworleansplantationcountry.com)

Zeel is an app that brings massages directly to homes in as little as an hour from the time you book. Download the app, swipe and a licensed massage therapist comes to your home with music and a massage table, ready to transform your home into a five-star spa. Customers choose from Swedish, deep tissue, sports, pre-natal, couples massage, or a sleep massage.