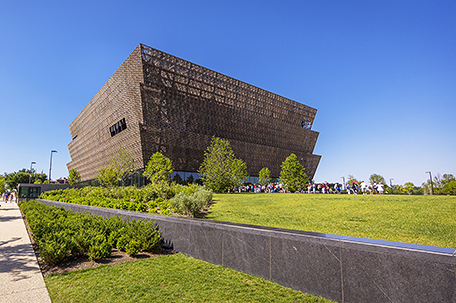 “Until the lion learns to write, tales of hunting will always be told by the hunter”.  African Proverb

Just as there has been a Black presence in the Americas since there was a European one, so too have there always been “lions” such as John Henrik Clarke, W.E.B. Du Bois, Ivan Van Sertima, Carter G. Woodson, and J. A. Rogers, whose early scholarly pursuits documented and maintained that history.

After the Civil War, the primary preservers of Black culture were Black colleges and the first documented African-American museum, founded in 1868 in Hampton, Virginia. 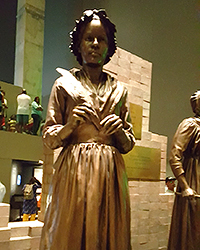 In 1915, Black veterans of the Civil War proposed a permanent memorial to Black contributions in the war. Rep. Leonidas C. Dyer, took up the cause in 1916 with a bill, HR 18721, to erect a monument. Congressmen Mickey Leland and John Lewis introduced simularly bills to found a National African-American Museum as part of the Smithsonian Institute in 1988. Fifteen years later, Congress enacted the National Museum of African American History and Culture Act (NMAAHC) establishing the 19th Smithsonian museum on the Mall. (https://nmaahc.si.edu).

A site was selected in 2006, an architectural firm was chosen in 2009 and ground was broken in 2012. The 400,000-sq. ft., 5-acre museum opened in September 2016 as “The only national museum devoted exclusively to the documentation of African American life, history and culture.” The $540-million museum is designed to be totally immersive and foster an educational opportunity from the galleries and exhibits to the architecture and traffic flow. The building, created to resemble a Yoruba crown, is a three-tiered marvel called the Corona. It is covered with 3,600 bronze-colored panels, weighing 230-tons, paying homage to enslaved ironworkers from Louisiana and South Carolina. The Mall-side ”porch” is reflective of the southern tradition of gathering on the front porch to fellowship and pass down stories, wisdom and history. 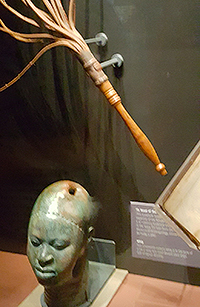 NMAAHC consists of seven levels bisected by Heritage Hall, containing Information, the Museum Store and access to both upper and lower levels. Sixty percent of the museum is located underground and tours begin chronologically and thematically with “Slavery and Freedom 1400s “70-ft. below ground. The exhibits continue through “Defending Freedom, Defining Freedom: The Era of Segregation 1876-1968” and “A Changing America 1968 and Beyond.” Early galleries are dark and confined to induce feelings of the confinement of slavery. As visitors proceed the spaces expand until they reach the light of the above ground galleries, Explore More, Community Galleries and Culture Galleries.

Text is augmented with compelling displays of videos, sculptures, artworks, artifacts and memorabilia. Personal photography is allowed in every area except the Emmett Till Memorial. The gallery features a mural, his story told by his mother and the original casket in which he was buried.

The things that I suggest you don’t miss are James Baldwin’s passport, a 20-ft guard tower from Angola, Louisiana State Penitentiary, Nat Turner’s Bible, Harriet Tubman’s shawl, a Tuskegee Flyer trainer, Chuck Berry’s Red Cadillac and the 1,200-lb original Mothership used by George Clinton and Parliament-Funkadelic. My heart was most touched by a tiny amulet in the shape of shackles worn in Africa as a charm against slave catchers. 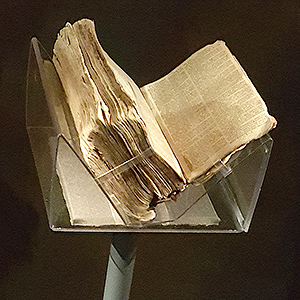 African-American contributions to American cuisine are showcased in exhibits and in the Sweet Home Café on the Concourse. This year it was designated a 2017 James Beard Award semifinalist as Best New Restaurant. (#apeoplesjourney).

Free passes are difficult to obtain and must be reserved. Same day passes are offered daily at 6:30 AM online and walk-up passes may be offered on weekdays at 1 PM daily.

The African American presence in DC predates the federal city and it is well documented that enslaved labor and craftsmanship were widely used in all aspects of construction of the Capitol and the White House. The foundations for these buildings were dug, the stone was quarried and bricks were made by enslaved and freedmen. Payment records indicate that skilled slave carpenters worked inside the buildings. One, Jerry, received $8 monthly, the highest wage, because of his skill. Phillip Reid, a South Carolina slave, cast the Statue of Freedom atop the Capitol, after the original foundry worker was dismissed.

The NAAMHC’s front porch opens onto the National Mall, America’s lawn. Once this expanse had few buildings, was ringed by slave pens and markets and was considered the place to view human cargo.  Solomon Northrup whose story is told in “12 Years a Slave”, was sold in the vicinity. On April 16, 1862 the District of Columbia Compensated Emancipation Act abolished slavery in DC. It freed 2,989 slaves remunerating owners up to $300 per slave.

Lincoln Park, the largest Capitol Hill Park, is home to statues of President Abraham Lincoln and African American activist Mary McLeod Bethune. In 1867, the park was the first location named in honor of the president. His statue was made public in 1876 with Frederick Douglass as keynote speaker. Bethune’s 1974 statue depicts her passing on her legacy to two Black children. 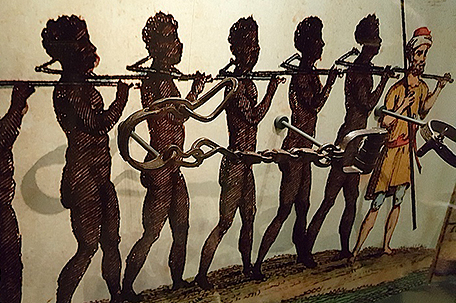 Ben’s Chili Bowl is a DC institution. This landmark eatery has been serving their signature dish, the chili half-smoke, since 1958. Just about everyone in Washington has stopped by Ben’s for a meal including former President Barack Obama. (His picture hangs above where he sat for lunch.) Note the mural on the side wall. (http://benschilibowl.com).

Getting around the city is a snap. You can opt for a hop-on, hop-off bus tour on one of the Big Bus loops. Tours are narrated and stops are convenient for hotels and sightseeing. (https://www.bigbustours.com/en/washington-dc).

The DC Circulator is a best bargain. For $1.00 you can ride one of six routes including the National Mall Route that offers museum access. Buses and stops are clearly marked and run every 10-minutes daily. (https://www.dccirculator.com).