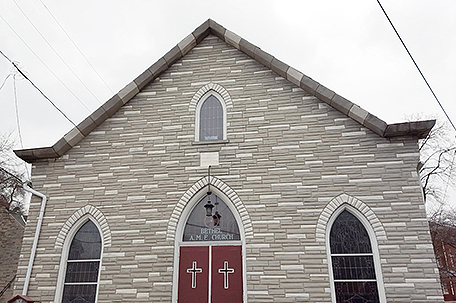 Make me a grave where’er you will, In a lowly plain, or a lofty hill; Make it among earth’s humblest graves, But not in a land where men are slaves.

One of the movie moments I will always remember is the scene from Spielberg’s “Lincoln” in which Thaddeus Stevens returns home, after the hard fought passage of the 13th Amendment, and is greeted by his African American housekeeper, Lydia Hamilton-Smith. Later Stevens and Smith are seen sharing a bed to the audible gasps of a surprised audience. The scene was less of a surprise to those who know the illustrious history of the Underground Railroad in Pennsylvania, and more specifically, Lancaster County, for this is where Hamilton and Stevens lived and operated an Underground Railroad station. (http://www.visitpa.com)

Lancaster County, approximately 60-miles from Philadelphia, was one of the first stops for freedom seekers in PA, the first free state traveling northeast from the south. The county was part of William Penn’s original charter and was named after an English city. Germans and Quakers seeking freedom of religion settled the area in the 1700s and in 1795 a turnpike joined the county with Philadelphia. (http://www.discoverlancaster.com)

The Underground Railroad Trail throughout the county spotlights not only locations, activities and narratives but also focuses, in a unique way, on the African American contributions to this interracial effort and early act of civil disobedience. Another singular feature of Lancaster County’s UGRR trail is the interactive, experiential offerings that allow visitors to more fully comprehend both the people and the journey.

The City of Lancaster is a natural place to begin your visit. The African American Heritage Map & Guide leads you to 24 significant locations. The illustrated guide, divided into two thematic units, includes information on each location and indicates those designated sites on the National UGRR Network to Freedom. 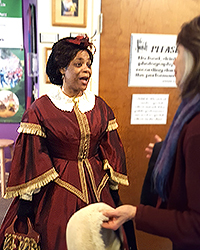 The Thaddeus Stevens Home and Office is arguably the most important site in the city. Stevens served as Pennsylvania’s Representative from 1849 to 1853, and from 1859 until 1868. He was a fierce abolitionist who believed in emancipation and total equality. Lydia Hamilton-Smith became Stevens’ housekeeper after her husband left her, in 1847, with two sons. She was his housekeeper for 24 years and at his death was bequeathed $5,000 and his property in Lancaster. Stevens demanded that all his guests address her as “Mrs. Smith” or “Madam.” In 1860, she purchased an adjacent house. Although she accompanied him to DC, as depicted in the film, when in Lancaster there is archeological evidence that Stevens and Hamilton operated an UGRR station on the property, using a water cistern as a hiding place. The house may be viewed from the exterior only.

Stevens died in 1868 with Hamilton-Smith at his side and was interred in the Shreiner-Concord Cemetery at his request. He wished to be buried in an integrated cemetery where he rests near members of the US Colored Troops. More than 20,000 people attended his funeral. Hamilton-Smith is buried in the St. Mary Roman Catholic Cemetery.

Bethel AME Church, the third AME church established and the oldest in Lancaster County, has been supporting the African-American community since its founding. Along with worship services the church provided a harbor for fugitives and the congregation raised funds and supplied clothing. Bethel presents an experiential history program, “Living the Experience,” on a regular schedule. Guests become part of a pre-Civil War congregation that learns through first-hand accounts slave related experiences and witnesses an encounter with slave catchers. Fellowship in the form of a meal and interaction with church members is part of the experience. Reservations are required. www.livingtheundergroundrailroad.com

Outside of the City of Lancaster is the tiny village of Bird-in-Hand, settled in the early 1700s. The centerpiece of the village is the Amish Experience at Plain and Fancy Farm. The complex includes a restaurant, Amish school and home, film, buggy rides and farm tours. (http://bird-in-hand.com) 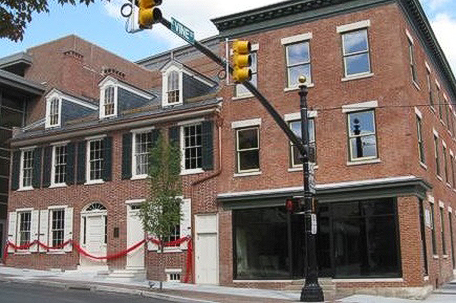 This month the Amish Experience inaugurated a new program, “What Price Freedom?” It seeks to relate the people and stories of the UGRR in Lancaster County in a cohesive, educational and entertaining way. The three-hour offering consists of four segments designed to provide a panoramic view of life as a free Black person, a fugitive slave, an abolitionist and a political activist in the years immediately prior to the Civil War.

Visitors’ first stop is the theater where the program orientation is presented as a Magic Lantern show. Magic Lantern shows were the cinemas of the 1800s with crowds reaching up to 7,000. Abolitionists enhanced their speaking engagements using the Magic Lantern’s projection system to illustration their stories. A living history interpreter is introduced, one of the county’s foremost male and female activists, to give an account of their life and experiences. Participants then board a bus for a guided tour into the countryside visiting historic UGRR sites. The tour is interactive, and along the way decisions must be made that make each tour individual. The experience ends with “The Amish Quest for Freedom,” an opportunity to compare and contrast the search for freedom by two different groups in Lancaster County. (http://amishexperience.com)

Currently “What Price Freedom?” is by group reservation. Program specific educational materials are available for groups. Individuals and families may inquire regarding opportunities to participate.

Lancaster County has many more important sites including Christiana, the site of what some scholars describe as where the opening volley of the Civil War was sounded. This is a short ride, a single tank of gasoline from Philadelphia and it makes a cost effective way to learn about a unique aspect of African-American history.