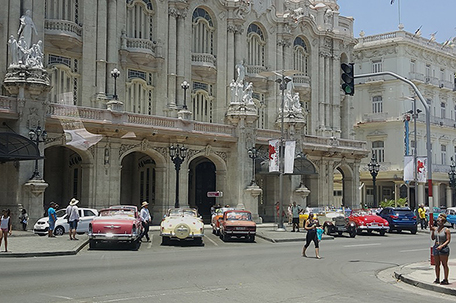 In 1960, the United States placed an embargo on Cuba and severed diplomatic ties the following year. Forty-five years later, President Barack Obama reestablished relations and visited the island nation in 2016. With these events came an increased ability for Americans to visit with the goal of active interaction in the form of “people-to-people” educational programs. Documentation regarding their activities while in Cuba must be maintained for five years.

Previously, I recommended “Celestyal® Cruises – Experience The Real Cuba,” for a number of reasons, not the least of which was affordability, including the all-inclusive nature, on-board classes, and a certificate that memorializes your participation in the people-to-people program. The cruise line provides receipts, activity records and detailed itineraries so self-certification is not necessary. (#celestyalcruises)

Havana is our second port of call. La Habana Vieja was founded in 1519 as a Spanish settlement and in 1982 Old Havana and its Fortifications were listed as UNESCO sites. The 5-mile Malecón, a bayside promenade, connects several of the areas in the city and provides great bay views and glimpses of pastel colored buildings on winding cobblestone streets. Americans constructed the Malecón during their occupation of the island. 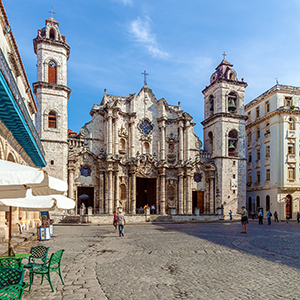 The colonial center was an important harbor in the 1600s, and tours begin across from the cruise terminal in Plaza de la Catedral where Old Havana began. Five plazas, enclosed by the original walls, the Old Square (the site of the slave market) and Castillo de la Real Fuerza and the oldest standing colonial fortress in the Americas, are highlights. The symbol of the city is the St. Christopher’s Cathedral, built in 1748 with its Latin cross floor plan, Baroque façade and Neo-Classical interior. Showcased inside is a statue of St. Christopher, crafted in 1636.

One could spend their entire vacation examining the city’s architecture. Early Spanish homes adapted Moorish elements to fit the climate and use. Basically homes had thick walls, tiles and shutters. In the 1700s, rooms, central courtyards and wrought iron gills to replace the wooden ones were added. Business was conducted and slaves were quartered on the lower level, while families resided upstairs.

Africa House Museum is housed within a 17th-century building that was once a tobacco factory. The 1986 museum is a research center and the 2,000-object permanent collection’s exhibits relate the story of the African presence in the region and include objects gifted to Cuba from African nations. The first floor displays articles used during slavery. Santeria, (“way of the saints”), icons and other ethnographic pieces are exhibited and the museum also presents a variety of educational programs. 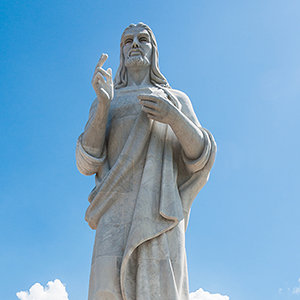 Outside of the old city there are a plethora of additional sites that round out a portrait of the country. A good place to begin is at Havana Harbor atop La Cabaña hill where a Carrera marble statue of Jesus Christ blesses the city. The 320-ton monument stands 65-ft. tall, and depicts a Latin male face. Located directly opposite the statue is the former home of Che Guevera. It is open to the public.

Ironically, the luxury Hotel Nacional de Cuba was built in 1930 by Americans for Americans. But now, it represents a beacon of Cuban heritage and culture. On the exterior, it is nearly an exact copy of The Breakers in Florida. Self-guided tours are free, and many of the rooms have exhibits of artwork, memorabilia and photographs. Do not pass up a Mojito on the portico facing the bay. (http://www.hotelnacionaldecuba.com)

Sculptor José Rodriguez Fuster built his home in Jaimanitas, an impoverished neighborhood. Inspired by the Spanish architect Gaudi, his colorful works filled every surface of his house and he then began to decorate the homes of willing neighbors. The area, Fusterlandia, is now a tourist draw.

Revolution Square was created in 1952, but received its name after the revolution in 1959. The site is important because all significant celebrations, rallies and parades are held here. The Memorial to José Martî, Cuba’s national hero, is 358-ft. tall and provides the best viewpoint in Havana. A 59-ft. statue of a seated Martî is placed in front of the tower, while interior memorial displays feature portraits, artifacts, documents and a mural. A 1995 wire portrait of Che is on the exterior of the Ministry of the Interior. The bronze depiction is lit in the evenings. 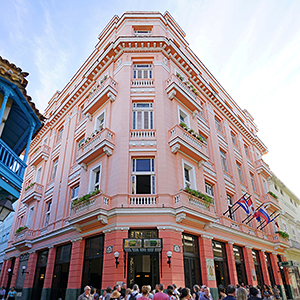 Ernest Hemingway initially discovered the warmth of the Cubans in 1928 and there are five major sites on the Ernest Hemingway Trail that provide insight into what he most loved about Cuba.

Hotel Ambos Mundos is a five-story, colonial-style hotel constructed in 1923. During his 1932-39 residence, Hemingway occupied room 511, now preserved as a museum. On the lobby walls are pictures of the author at various stages.

Both of Hemingway’s two favorite Havana bars still exist, have changed little physically, and continue to serve his signature drinks. They are tourist draws but are also essential sites on the trail. La Bodeguita del Medio is a local establishment. Hemingway was known to favor the Cuban highball, a mojito, here. 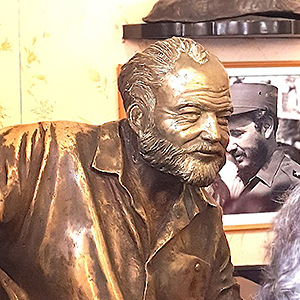 La Floridita is possibly the most famous of Hemingway’s haunts and is considered “la cuna del daiquiri” (“the cradle of the daiquiri”). No Hemingway tour is complete without a daiquiri from La Floridita. Photographs and a bust of the writer decorate the venue, and a life-sized statue of the author stands near his favorite bar stool.

In 1940, Hemingway purchased an hilltop home for $12,500 in San Francisco de Paula, 10-miles from Havana. The home, Finca Vigia, Lookout Farm, was his residence until he left Cuba forever in 1960. Visitors cannot enter the house, but are allowed to peer in through doors and windows. Tours are self-guided and include the house, garden, tower, pool and boat. The home is filled with trophies, personal items, furniture, 9,000 books and his personal typewriter.

His fishing boat, El Pilar, is on view near the pool. It is painted in dark colors, because Hemingway patrolled Cuba’s offshore waters hunting for German U-boats. He was equipped with hand grenades, binoculars and a Thompson machine gun.

In Cojimar, a tiny fishing village, Hemingway set his Pulitzer Prize winning novel, “The Old Man and the Sea.” He docked the Pilar there, and it is widely believed that the title character is based on his fishing guide, Gregorio Fuentes.

La Terraza de Cojímar is a restaurant and bar that he frequented. In remembrance, the bar section is decorated with photographs and in the attached restaurant his table is indicated with a historical sign.

Hemingway Park houses a neo-classical pavilion with a bust of Ernest Hemingway created by villagers in his memory. He gazes contemplatively out to sea.