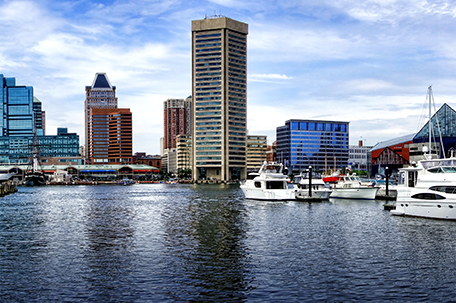 “Those who profess to favor freedom and yet depreciate agitation, are people who want crops without plowing the ground.”

Black History Month (BHM) began as a week in 1926 and was extended to a month in 1976. Founder, Dr. Carter G. Woodson, specifically chose the month of February because both Abraham Lincoln and Frederick Douglass were born in February. Although African-American history has been made in North America daily for more than 500 years, BHM provides an opportunity to explore, in a more insightful way, the contributions and legacies of African-Americans. Baltimore was uniquely situated — by geography, industry and history — to play an important role in this history and the city offers a selection of ethnic dining opportunities and creative tours, activities and exhibits at the museums and historic sites. These offerings, are showcased at Baltimore’s Legends & Legacies Jubilee held annually at the Visitors Center. (www.visitbaltimore)

Earlier this month Trump commented, “Frederick Douglass is an example of somebody who’s done an amazing job and is getting recognized more and more”. His comment seems to indicate a lack of knowledge about Douglass and I thought I would begin my Baltimore journey exploring Douglass’s “amazing job” through sites in Baltimore. He lived in many places, including Canada and England, but Baltimore had a special significance for him. 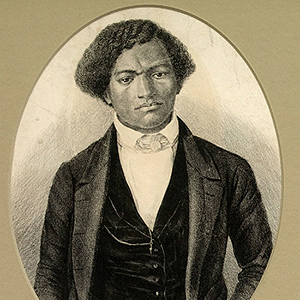 Douglass was born a slave on the Eastern Shore in 1818. His father is believed to have been his mother’s owner. At the age of 7, he was sent to Fell’s Point, Baltimore to serve as the body servant to his owner, Hugh Auld’s son. He disembarked in the Inner Harbor on the wharf at Gay and Pratt Streets and it is in the house on the corner of Aliceanna and Durham Streets that his life changed, Mrs. Auld began teaching him to read, but was forced to stop when caught by her husband. He continued learning with the help of playmates, and at 28 Thames Street he bought his first book.

Douglass began training as a ship’s caulker in a shipyard on Lancaster Street and quickly became an expert. In 1828, he was returned to the plantation as one of the inherited items in a will. Once the will was settled, he was returned to Fell’s Point and continued his craft. Black workers were important to shipbuilders  because they were skilled and received much lower wages, causing white resentment. On Bond Street and Shakespeare, Douglass was badly beaten by four coworkers. Because no Black man could testify against a White man, no one was charged. 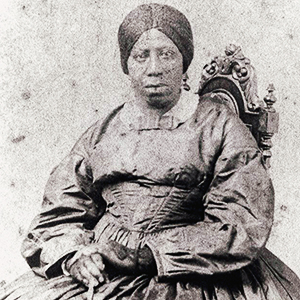 Freedom was always on Douglass’ mind and when he was allowed to retain some of his wages he began saving. Anna Murray, a free Black seamstress, purchased a ticket for him to escape aboard a northbound train dressed as a sailor in 1838. It is from Baltimore that his legend was launched.

Fell’s Point was established in 1726 and was always important as a deep-water port and maritime center. Walking tours that focus on the African-American experience are offered and information is available at the Visitor Center. (www.explorebaltimore.org)

Tours of additional Frederick Douglass sites in the area are regularly scheduled. Visitors can take a guided tour, or visit on their own. The Frederick Douglass-Isaac Myers Maritime Museum in Fell’s Point interprets the African-American maritime experience from 1800-1900, and relates the story of Isaac Myers who, along with 14 others, founded the 1860s Chesapeake Marine Railway and Dry Dock Company. Douglass life as a slave is also recounted here. An interactive exhibit gives visitors the chance to caulk, both Douglass and Myers were caulkers, no easy task. A larger than life bust of Douglass is located on the exterior. (http://www.douglassmyers.org)

The Baltimore Civil War Museum at President Street Station was the home of the Philadelphia, Wilmington, and Baltimore Railroad and the station from which Douglass left. He had a ticket but many freedom seekers traveling aboard the Underground Railroad passed through here, most notably Henry “Box” Brown, who was mailed to Philadelphia. The site is now a museum and is on the National Underground Railroad Network to Freedom. (http://www.angelfire.com/biz/presidentststation)

Douglass Place, the 500 block of Dallas St, is a block of brick row houses, five of which Douglass built as rental properties. In 1892, he purchased the land for $1800 and erected the 2-story homes for African-Americans. A historic plaque is located on one of the homes. In 1906, the family sold the properties, and in 1983 they were listed on the National Register.

The Reginald F. Lewis Museum of Maryland African American History and Culture is the perfect place to gain a better understanding of Maryland’s 350-years of African American participation and influence. Galleries are thematic and the stories are presented through films, interactive stations, dioramas and artifacts. Highlights include a special exhibit, “Witness,” about lynchings in America, Dominique Dawes leotard, information on Benjamin Banneker and Frederick Douglass’ visiting cards. (http://www.rflewismuseum.org)

In keeping with Douglass legacy, visitors must also explore Baltimore by water. A fun way to arrive at the wharf in Fell’s Point is by water taxi. You will land at approximately the same place he did when he arrived from the Wye Plantation. There are several routes and ticket options. Stops are designed to provide access to all the major tourist locations. (http://www.baltimorewatertaxi.com/)

The Spirit of Baltimore offers Inner Harbor tours that feature unparalleled panoramic views. Cruises include dining and dancing and are often thematic, including a Black History Month Cruise. (https://www.spiritcruises.com/) 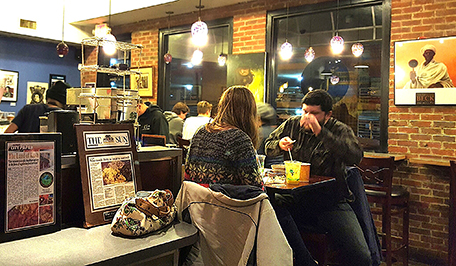 The Land of Kush is a superior Vegetarian and Vegan-Soul Food restaurant that has been rated one of the best in Baltimore. Owners, Naijha Wright-Brown and Gregory Brown have created an incredible menu with a nod to cultural influences. Guests can eat in or take out their signature specialties, crab cakes, smoothies, drummies and Kush BBQ Ribs. Definitely make this a stop on your tour. (www.landofkush.com)

Hyatt Place Baltimore Inner Harbor places you in the center of all of the activities Baltimore has to offer. The recently renovated hotel has beautiful, welcoming public spaces and tastefully appointed, deluxe, private ones. The menu of amenities includes complimentary WIFI, designer bath products, bedding and exceptional personal service. The on-site Bistro 360 has a menu comprised of fresh, locally sourced foods in wonderful combinations. Favorites here are the crab cakes and the she crab soup. (https://baltimore.regency.hyatt.com)