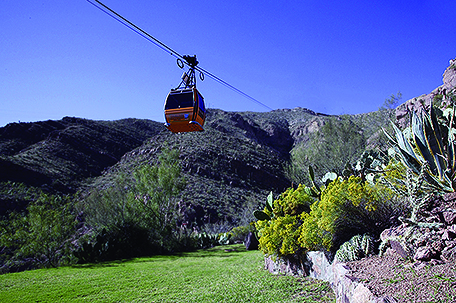 “I love it. It is wild with adventure.”

For thousands of years, El Paso has been an important site for human settlement and trade routes due to its location at the juncture of the Chihuahuan Desert and the Rio Grande River. The area was inhabited by a number of tribes prior to the 1535 arrival of Álvar Núñez Cabeza de Vaca followed by Francisco de Coronado in 1540. In 1598, Juan de Oñate began colonization efforts by claiming El Paso del Río del Norte for Spain.

From its beginning as the Spanish frontier, the region’s population was a rich ethnic mixture. The Camino Real, a vital north-south link between the Spanish colonies and missions for priests, explorers and traders, made the region even more diverse and Cabeza de Vaca brought Blacks, both slave and free into the area, including Estevanico in 1528.

El Paso became part of Mexico when it gained independence from Spain in 1821. War broke out between Mexico and the US in 1846 and ended with the 1848 Treaty of Guadalupe Hidalgo. Mexico was paid $15-million, and the US acquired 525,000 square miles that was previously Mexican land, and the border between the two countries was mandated as the land north of the Colorado, Gila and Rio Grande Rivers. El Paso, now part of the United States, retained the unique cultural mixture that makes it an outstanding cultural, historic, outdoor, getaway, shopping and family destination. (http://www.visitelpaso.com)

El Paso is in the top 10 of the nation’s most livable cities and is one of the five safest cities in the US with more than 500,000 people. It is also home to the 1.2-million acre Fort Bliss with a base population of 170,056 and the Fort Bliss and Old Ironsides Museums. Six regiments of Buffalo Soldiers were established in 1866 and for the next 35 years many were stationed in Fort Bliss. In 1999, their contributions were acknowledged in the form of a monument, “The Errand of Corporal Ross.” The memorial depicts a rifle-bearing rider, John Ross of the 9th Cavalry, during the Guadalupe Campaign against the Apaches. (http://www.bliss.army.mil/Museum)

Juana Ascárate de Stephenson was first to be buried in what is now a Texas Historic Cemetery on her husband’s land and by 1856 Concordia Cemetery became the residents official “Boot Hill.” The 60,000 Internments were by religion or ethnicity and include pioneers, gunfighters, most notably John Wesley Hardin and nearly fifty Buffalo Soldiers, including a father and son, on 52-acres. Concordia hosts a number of activities and programs including ghost walks and a Dia de Los Muertos commemoration. (www.concordiacemetery.org)

San Jacinto Plaza, Plaza de los Lagartos, is an iconic photo stop for visitors. The site was purchased by the city in 1883 and converted into a park. Live alligators lived in a pond there until 1967 and were replaced by a fiberglass statue by Luis A. Jimenez Jr, of three alligators in 1993. 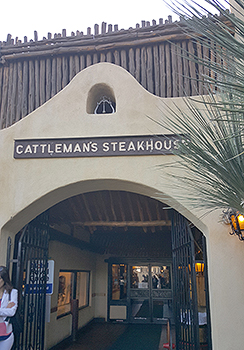 The Magoffin Home is an excellent way to explore Territorial Architecture and mid-1800’s culture. The 17-room home offers self-guided tours of 8 rooms. The adobe house, constructed in 1875, is a blend of Spanish hacienda and Greek Revival-styles. It showcases original, high ceilings, thick walls, faux finishing on doors, lack of foundation beams and is one of the oldest adobe buildings in the region. Several generations lived in the home and many family pieces are displayed. Highlights of the tour are the Reception Room, Dining Room with seating for forty and the Formal Parlor box grand piano. (www.visitmagoffinhome.com)

Indian Cliffs Ranch is a destination that features activities to enhance your immersion into the territorial world of West Texas. Tractor-drawn hayrides take you to the Old Pioneer Homestead and the 1850s Miller Ambush site complete with graves and a burned wagon. The surrounding cliffs were once the home of Native Americans and more recently the set of Denzel Washington’s “Courage Under Fire”.  Cattleman’s Steakhouse, inside the ranch house and adorned with artifacts including items belonging to Pancho Villa, is famous for its mesquite-smoked barbecue, 2-pound T-bone steak. (http://www.cattlemanssteakhouse.com)

El Paso Zoo’s 35-acres is the perfect size for visitors to be able to do it all in a single visit. Areas are oriented geographically and include Africa, Asia and North and South America. Daily presentations include “The World of the Sea Lion”, “Windows on the World” and “Wings of the World”. (http://www.elpasozoo.org)

The sole Border Patrol Museum in the country interprets the patrol’s history from its establishment in 1924 — when officers were required to supply their own horse — until today. (https://borderpatrolmuseum.com/history-of-the-border-patrol) 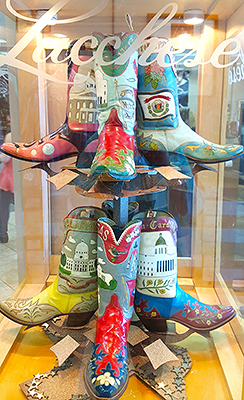 A tour of Lucchese Boot Company is possibly the most unique and fun thing visitors can do in El Paso. These are the preferred boots of presidents, entertainers, Texas Rangers, and sports figures. All boots are handmade and pass through more than 125 pairs of hands before completion. The tour takes you through the ordering process, skin selection, hand construction, polishing and packaging. Skins are matched by hand, and are legally sourced and are never from endangered species.

The largest boots made were the late wrestler André the Giant’s size 25, and the most recognizable, were Lady GaGa’s thigh-high, snakeskin boots crafted from the skins of enormous Indonesian pythons. The list of purchasers is awesome and included John Wayne, Johnny Cash, Michael Jordan, and Scotty Pippin. Call ahead for information. (https://www.lucchese.com)

Forty-acre Franklin Mountain State Park is completely within the city of El Paso and is well worth a visit for the views. There are trails to the top, but a really fun ascent is on the Wyler Aerial Tramway. It whisks you to the 5,632-ft. high deck on Ranger Peak in 4 minutes where the 7,000-mile panorama features Texas, New Mexico, Mexico, the Rio Grande River and unparalleled Chihuahuan Desert scenery. Take the Scenic Drive back down.

The lure of El Paso has been felt by Billy the Kid, Pancho Villa and Steve McQueen, adventurers all. Create your own adventure, visit El Paso. (#itsallgoodEP)