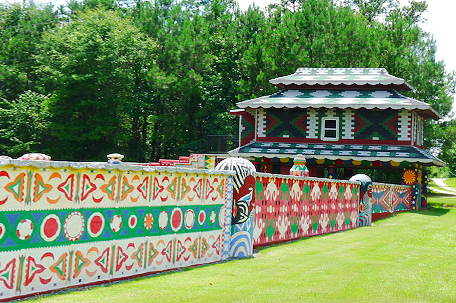 Columbus, Georgia is truly a destination with something unique for every traveler to do and see. This hidden gem boasts a significant number of attractions that are exclusive to the city, as well as inimitable eateries and affordable accommodations. (www.visitcolumbusga.com)

The Georgia State Legislature established Columbus at the fall line of the Chattahoochee River in 1828 because they recognized its potential as an inland port. The Yuchi Tribe of the Creek Indian Nation lived in the area on their traditional land until they were driven out of the region in 1838-39 on the Trail of Tears. This tragedy opened the area to further settlement, and the city’s river trade thrived with connections to national and international cotton markets. Prosperity continued with the coming of the railroad.  (#GoAllOut)

By 1860, of the 9,621 city residents, more than 33 percent were enslaved and 141 were free Blacks. At the onset of the Civil War, Columbus industries changed to produce war materials. It became the Confederacy’s second largest supplier. On April 16, 1865, days after Lee’s surrender, the Battle of Columbus was fought. It is considered the final Civil War battle prior to the official dissolution of the CSA (Confederate States of America) on May 5, 1865.

The city offers a series of tours and trails, both self-guided and unaccompanied. These thematic tours include Arts & Antebellum, historic cemeteries, foodie and downtown Columbus. Additionally, there is a 26 site Black Heritage Trail and a 12 site Soft Drink Heritage Trail. In May 1866, pharmacist Dr. John Pemberton stumbled upon the recipe for Coca-Cola in his Columbus home. Pemberton was attempting to invent a medicine to take the place of the morphine to which he was addicted because of a painful Civil War wound. Two of Pemberton’s former homes and his gravesite are in Columbus.  (www.historiccolumbus.com) 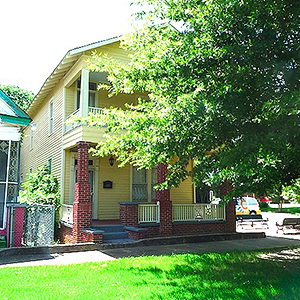 Highlights of the Black Heritage Trail include the Ma Rainey House and Blues Museum and artifacts from “Blind Tom” Wiggins, a blind, mute slave born in 1860.

He performed exhibiting his ability to play any music he heard perfectly on the piano.

He never collected a penny because he was property and after Emancipation they became his managers. 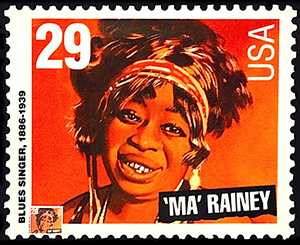 Gertrude Pridget, Ma Rainey, performed from the time she was 14 and is considered the “Mother of the Blues”.  She retired in Columbus, where she was born in 1886, and died there in 1939. She is interred in Porterdale Cemetery. (www.columbusGAblackheritage.com)

Along the 15-mile Chattahoochee RiverWalk, Columbus’ natural rapids form a 2.5-mile long urban white-water course, the longest in the world. Adventurers can select from mild to wild with rapids classified from I-V and the biggest waves in eastern United States. Visitors can kayak, stand up paddleboard, tube and fly fish in the heart of downtown. Several outstanding works by African-Americans are displayed. Admission is free. (@columbusmuseum.com)

You will love the Lunch Box Museum. It has been featured on television and is one of a kind. The collection is displayed in showcases and begins with a Hopalong Cassidy lunchbox with a picture the size of the then-TV screens. There are 600 different lunchboxes and a total of approximately 2,000 items including trays and thermos containers. Duplicates are on sale and the Smithsonian has added them to their collection. (lunchboxmuseum.com)

Francis Joseph Springer built Springer Opera House and The State Theatre of Georgia. The list of performers, more than 100-years old, is stunning and includes Blind Tom, Ma and Pa Rainey and the Assassinators of the Blues, Oscar Wilde and all of the Barrymores except Drew. The resident ghost is believed to be Edwin Booth. All furniture predates 1901 and tours are available. (www.springeroperahouse.org)

The 155-acre National Infantry Museum tour begins with dioramas of eight historic battlefields that reinforce the importance of “the last hundred yards” in any battle. The sculptures are based on real soldiers. There are 11 immersive galleries, combat simulators and a giant screen theater.

Graduates walk across a field seeded with soil from the historic battlefields. Patriot Park, an outdoor memorial to the Global War on Terrorism, features granite panels with 6,900 names beginning in 2006, a steel beam from the 911 South Tower, a replica Vietnam Wall and life-sized bronze sculpted soldiers. (www.nationalinfantrymuseum.org) 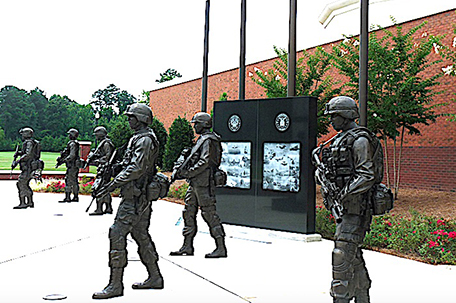 Eddie Owens Martin was born in 1908 to Georgia sharecroppers. He always felt different and at 14 he moved to New York. While in New York during an illness, Martin was visited by time travelers, Pasaquans, who told him to return home and found a place of peace and art.

He called himself St. EOM and established Pasaquan on seven-acres.

Today there are 900-ft of masonry walls and six structures completely covered with visionary artworks. St. EOM took his life in 1986.

He is remembered on a wall in Philadelphia’s Magic Garden and has been featured on CNN. (www.pasaquan.columbusstate.edu)

Located nearby is Richland Rum, the only single estate rum producer in the US. They grow the cane and process the rum from cane to cup. Tours, tastings and cane farm visits are by request. (www.richlandrum.com) 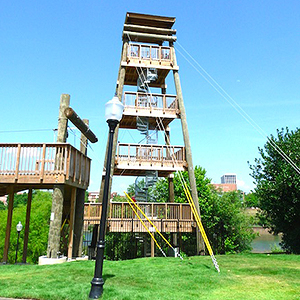 Columbus is filled with more than its share of great eateries. You can eat your way through the city and a must stop is the award-winning Country’s Barbeque renowned for its fried pickles, Vidalia onion dip and sweet tea. (www.countrysbarbecue.com)

The Columbus Marriott Downtown is centrally located within walking distance of the majority of attractions and offers a menu of amenities. (www.marriott.com)

Columbus, Georgia is truly an undiscovered gem. You should plan to visit before its wonders go viral! (#alloutfun),  (www.visitcolumbusga.com)

Modern technology can make traveling with a variety of devices much smoother. The new Twist World Adapter Duo MacBook makes adapting your dual USB charger for use in 150 countries as easy as a twist. It offers rapid charging for smartphone and an outlet for additional devices. www.oneadapter.com. ThingCharger features both a tip for Apple and a micro USB for Android and 2 additional USB ports on the bottom. www.Thingcharger.com

These items and more innovative tech offerings are available at The Grommet. www.thegrommet.com