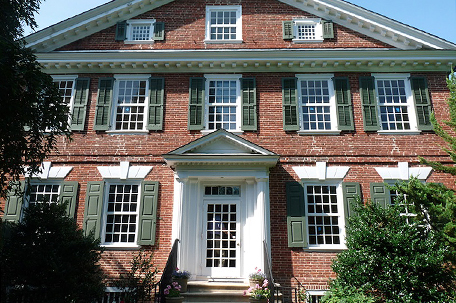 Delaware is the most amazing state. It was the first of the original colonies to join the Union and is the second smallest state, a tiny jewel filled with history, mystery, quirky sites and a plethora of outdoor activities. Delaware consists of three counties, New Castle, Kent and Sussex, and is so close to Philadelphia that your entire vacation can require a single tank of gas. (www.visitdelaware.com)

The Lenape Indians occupied the west bank of the Delaware River when the first Europeans arrived in 1638 to found the first permanent colony in the Delaware Valley. The ship, Kalmar Nyckel, landed in what is now Wilmington. In 1640, the Fogel Grip arrived with a slave from Angola named Anthony Swartz. The Swedish and Dutch travelers purchased land from the natives for the New Sweden settlement. William Penn was deeded the lower Delaware counties in 1664 and the colony fell under the control of England and Penn’s Province of Pennsylvania from 1682-1701. In 1776, Delaware voted for independence from England and Pennsylvania.

Forty-miles south of Wilmington stands the state capitol, Dover. Penn had it chartered, surveyed and laid out in 1683 and four years later a courthouse was erected there. In 1717, Dover was founded and became the capitol in 1777. The Green is at the center of the city today as it has always been. Many important events occurred in the area known as First State Heritage Park that includes The Green and the Delaware Constitution Monument. There are 12 park sites and free walking tours including “Tales of Slavery and Freedom” are offered. The John Bell House, the oldest wooden structure in Dover, houses the park’s interpretive center.  (www.destateparks.com/park/first-state-heritage)

Thirty delegates met at the nearby 1730s Golden Fleece Tavern on Dec. 7, 1787 to ratify the Constitution and the site is still visible. The tavern was female owned and served as a legislative meeting place until 1791. The current Golden Fleece Tavern features good food and a number of activities. In 1792, the Georgian-style Old State House, with an 18th-century courthouse and chambers of the State Legislature, was constructed. Fun fact, a colonial jury was allowed no food, water or bathroom breaks until they reached a verdict. (www.goldenfleecetavern.com) 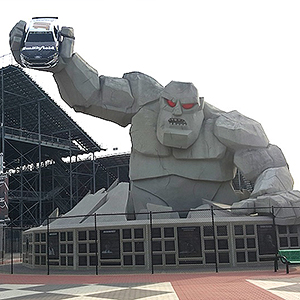 The Green is also the site of the first mail murder, The Chocolate Candy Murder, in the United States. The plot involves a straying husband who wished to return to his wife and a mistress who didn’t agree. The California mistress sent the Dover wife a box of poisoned candy in the mail resulting in her death. The story went viral and the mistress went to San Quentin. Walking tours originate at the Delaware Store and cover approximately ¼-mile. There is a fee and reservations are strongly suggested. (www.delaware-store.com/walking-tours/walking-tour-chocolate-candy-murder)

The Delaware Store, located on the site of the original Golden Fleece, is the best place to purchase mementos and gifts. (www.delaware-store.com)

Eldridge Reeves Johnson, founder of the 1901 Victor Talking Machine Company and an innovator in the recording industry, was awarded a Grammy Award in 1985. His company once encompassed 10-blocks in Camden and recorded the greatest artists of the era. He retired in 1927 and sold his company for $155 million (more than $2-billion in 2018) to RCA in 1929. The two-level Johnson Victrola Museum interprets his life and career and displays artifacts, models and memorabilia. Photo ops with a giant Nipper the RCA dog are offered. (www.history.delaware.gov/museums)

Before leaving downtown Dover, you should stop in for a meal in an 18th-century restored mansion, the Grey Fox Grille & Public House. The floors and ceilings are original and the food is fresh and spectacular. (www.greyfoxgrille.com)

Georgian-style Belmont Hall was built in 1773 by Thomas Collins. Collins invited the Assembly to meet in Belmont Hall when it was no longer safe to meet in the capitol in 1776. The mansion’s tower was built for use by sentries. It is now available for event rentals. (www.belmonthall.org) 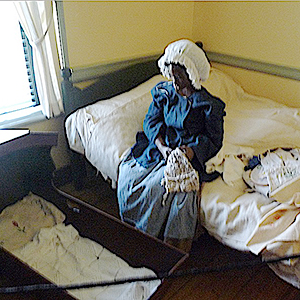 The “Penman of the Revolution”, John Dickinson’s ancestral home was a 3,000-acre plantation built in 1740. At one time he owned as many as 37 slaves but in 1777, because of his Quaker beliefs, he conditionally freed them  and in 1786 freed them unconditionally. Tours of the complex include the restored mansion, slave dwellings, displays and stories of the enslaved. Tours are guided and begin with an orientation video. (www.dickinsonmansion.org)

A real must is a visit to the Air Mobility Command Museum (AMC), the world’s sole museum dedicated to airlift and air refueling history. Hangar 1301 was once home to secret operations and now houses the museum. The complex has three sections, an indoor museum with planes that you can touch, and in some cases, climb aboard, an outdoor display with numerous aircraft including Air Force Two and a control tower you can ascend for a spectacular view. The simulator experiences, usually very pricey, and the museum are free. (www.amc.org).

AAA Four Diamond Dover Downs Hotel and Casino provides perfect accommodations. There are 10 dining and drinking options, entertainment and amenity filled deluxe rooms. One-hour track tours are available and showcase the over the track bridge seats, Victory Lane and the 46-ft. tall Monster Monument on Victory Plaza. The monster holds aloft a full-sized stock car and his glowing eyes can be seen from the highway. Check the website for special packages. (www.doverdowns.com)

Delaware has something for everyone and everything is unique and affordable. (www.visitdelawarevillages.com)