Smooth Traveler: Cowboys and aliens on the New Mexican trail 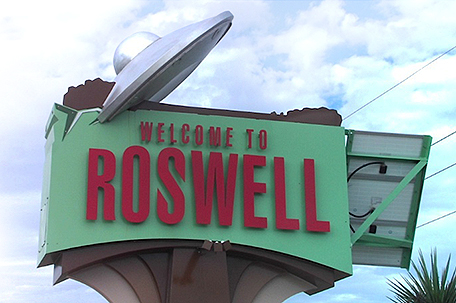 Few outlaws are as iconic as Billy the Kid, and even fewer are so enveloped in mystery and myth. It is believed that William Henry McCarty was born in New York City in 1859 and at some point moved with his family to Indiana and then Kansas. After his mother was diagnosed with tuberculosis,  they moved to a drier climate –Denver — and then Santa Fe. His mother died in 1874 and Billy began a rootless life. Contrary to popular belief, people liked him. He loved to sing, dance, target shoot, gamble and read. He was approximately 5’9”, was very slim and killed his first man for bullying him. (www.newmexico.org).

He joined a group of criminals called The Boys, but broke with them in 1877 to work for John Tunstall, who was feuding with the Dolan Outfit. After Tunstall was killed in 1878, McCarty joined “The Regulators,” who were deputized to arrest the murderers. In November 1880,  he was arrested and accused of murder by his former friend, Pat Garrett. Sentenced to hang on May 13, 1881, he escaped from jail, was tracked by Garrett and killed on July 14, 1881. (http://www.historynet.com/billy-the-kid). 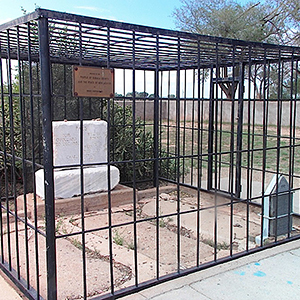 The 84-mile Billy the Kid National Scenic Byway takes you through the parts of the region where The Kid rode. Many of the towns remain much as they were then and the landscapes are awesome. (www.billybyway.com).

La Cienega de San Vicente was a Hispanic village when silver was discovered in the 1870s. Anglos quickly moved in and renamed it Camp Gorman,then Silver City. The Palace Hotel in downtown Silver City is a historic gem. It has been featured in numerous publications, including National Geographic. (www.silvercitypalacehotel.com).

The tiny town of Pinos Altos — or “Tall Pines” — is only a few miles away and was visited by both Billy and Geronimo. The 1860 Buckhorn Saloon and Opera House is an authentic 19th-century site. The restaurant and haunted Opera House are filled with antiques, artworks, and artifacts. Proprietor and Executive Chef Thomas Bock provides an extraordinary dining experience. (www.buckhornsaloonandoperahouse.com).

White Sands National Monument, a gypsum dune field located within 275-sq.miles of deserton the road to Roswell, is another city The Kid was known to visit. The town began to grow in 1871 when a gambler, Van Smith, named the town to honor his father, Roswell. It became important because it was near the Chisholm Trail and the fact that it sits on aquifers.

The Roswell Museum and Art Center is a gem that features paintings, prints and drawings and The Aston Collection of the American West and a replica of Robert Goddard’s workshop. The complex also includes the Robert H. Goddard Planetarium. (www.roswellnm.org).

On July 3, 1947, a farmer reported a debris field 300’ wide and ¾-mile long strewn across his field. The Air Force was summoned and declared it a weather balloon crash. Word quickly went around that the crash was really an extraterrestrial spacecraft piloted by three aliens. 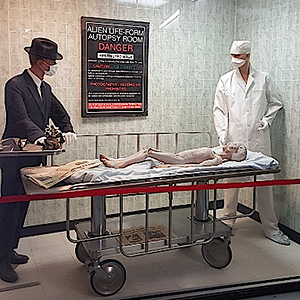 In 1991, the International UFO Museum and Research Center was founded. The center contains materials and special collections to facilitate UFO research. The museum focuses on the 1947 incident with photographs, documents, dioramas and art. The gift shop is impressive. (www.roswellufomuseum.com).

Fort Stanton Historic Site is one of the most intact and best-preserved 19th-century forts in the country. The 240-acre fort was constructed in 1855. Lt. “Black Jack’ Pershing and the Buffalo Soldiers were garrisoned there. Buffalo Soldiers were among the forces sent to Lincoln County to maintain order during the Johnson County Wars in which Billy participated. (www.fortstanton.org).

Mesilla was the site of Billy’s trial in which he was sentenced to death. This historic city’s plaza is listed on the National Register of Historic Places (NRHP). Once the largest town between San Diego and San Antonio, it has hosted its share of luminaries. (www.mesillanm.gov). 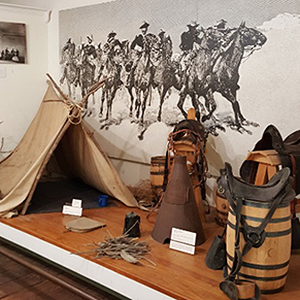 La Posta Restaurant & Cantina is listed on the NRHP and features the largest menu of margaritas in the Southwest. The cuisine is traditional, made from recipes handed down through the years. (www.laposta-de-mesilla.com).

Lincoln Historic Site is the state’s most visited site. Lincoln is a town arrested in time. iIt is as if you were there on April 21, 1881 when Billy was jailed on the second level of the courthouse. He escaped on April28th, killing two guards in the process. (www.nmhistoricsites.org/lincoln).

Tours can be self-guided or ranger-led and include 17 sites, most architecturally Territorial-style adobe.

Highlights of the tour include the Old County Courthouse from which he escaped, the Tunstall Store, the Torreon, the Wortley Hotel and Anderson-Freeman Visitor Center. The Visitor Center offers an orientation an annex filled with outstanding Western artworks.

The Wortley Hotel, once owned by Pat Garrett, is rebuilt and accommodates modern guests in antique splendor.  Breakfast is included. (www.wortleyhotel.com).

Billy the Kid was killed in Fort Sumner on July 14, 1881. The Billy the Kid Museum houses an outstanding collection of memorabilia and artifacts related to his life. Highlights of the exhibits include The Kid’s rifle, a lock of his hair and 60,000 additional items. (www.billythekidmuseumfortsumner.com).

Billy, along with two friends, is buried in the Old Fort Sumner Cemetery. A cage surrounds it because  his tombstone has been stolen several times. (www.fortsumnerchamber.com).

This year promises to be a good year to travel and make lasting memories. I have found the perfect, personalized, albums to capture all your photos, memories, mementos and journal entries. Neressa Bailey –the Paper Bagg Princess– makes travel journals that are individually handcrafted from found materials and filled with unique spaces perfect for your unique reminiscences. [email protected]