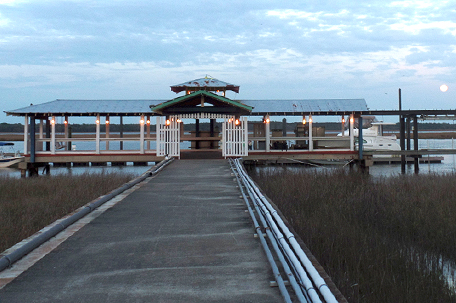 Georgia’s soil and climate were conducive for farming from the initial settlement in 1733. Oglethorpe enlisted the advice of the region’s Native Americans, used some of their agricultural techniques and even founded a 10-acre botanical garden to test and introduce new seed variants from the area and abroad. Cotton was Georgia’s main crop prior to the Civil War and it is “King Cotton” that would have the greatest economic, social and political impact. Farming has continued to be lucrative and it is estimated that the annual economic benefit is nearly $75 billion. Many of the state’s counties are heavily dependent on agriculture and that dependence has shaped their history.

The Hunter Cattle Company in Bulloch County is the ideal place to begin an agri/history tour. This family-owned farm produces “deliciously healthy” food from animals raised without herbicides, hormones, pesticides or steroids. Their products are sold on-site in MooMa’s store and online. Visitors can immerse themselves in farm activities including fishing, wagon rides, hay jumping, nature trails, hen house education and up-close animal experiences. Accommodations are available in The Roost and The Tobacco Loft and both are furnished with antiques. @Huntercattle

Riceboro is the oldest city in coastal Georgia’s Liberty County. The county was founded in 1777 and sent two delegates to the Continental Congress during the American Revolution.  As result of it’s early stand for colonial freedom, the county received its name. Riceboro, once called Gravesend, was established by a 2,100-acre grant given to John and William Graves in 1757. The town was renamed North Newport and finally Riceborough, because the area housed rice plantations and shipments of the crop were sent from the North Newport River. cityofriceboro.com

Jim and Pat Bacote founded the Geechee Kunda Cultural Center to research, document, preserve and present the Gullah-Geechee rice culture with a focus on healing through knowledge. Situated on land that comprised the former Retreat Plantation, the Center has been named one of MSN’s “Memorials Worth the Trip.”

Rice was first documented in 2,800 BC and in 1685 it migrated to North America, carried by slaves on a ship from Madagascar. After a stormy ride the ship made port in Charles Towne Harbor. In payment for repairs, the captain gave seeds to a resident. The land was perfect for rice production and slaves were brought to the region based on their knowledge of the crop in Africa and their immunity to malaria. Rice was a labor intensive crop and the conditions, swamps, mosquitos, snakes, heat, etc., were such that the average workers’ life expectancy was 18-months. Rice plantations also had the largest concentration of slaves, 10 times that of cotton plantations. 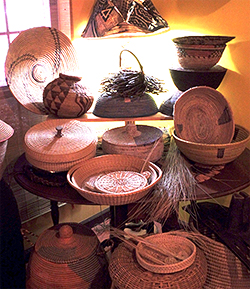 Jim Bacote, a modern day griot, leads tours through the history of the Rice Coast and the culture by immersing visitors in the experience through personal stories, art, artifacts and interpretive panels. Because of the malarial conditions owners often left the enslaved basically to themselves under the direction of an overseer. This isolation was the main factor in their ability to maintain their culture and develop skills, abilities and a creole language all based on African traditions.

Geechee Kunda Cultural Center has a large menu of programs, tours and events from which guests can choose. Annually Geechee Kunda hosts The Gathering, focusing on the Rice Coast’s ties to Africa by presenting workshops, performances, demonstrations and a marketplace. A visit is an outstanding learning experience. geecheekunda.com

The Historic Baptismal Trail is unique to Georgia. This .25-mile trail follows the route taken by the ancestors of the current Geechee Baptist community to a creek used for baptisms for almost 100 years. The path winds its way through a series of interpretive signs to a boardwalk that overlooks this sacred site.

English Puritans were granted 31,950-acres to establish the Midway Community in 1752. Soon the Puritans and other settlers began to cultivate rice and indigo. The Midway Museum, Midway Congregational Church and Cemetery are listed on the National Register and is the state’s sole colonial museum. The replicated raised plantation cottage was constructed in the latter 1700s of timber with a veranda. The house displays documents and furnishings from the 18th and 19th-centuries. 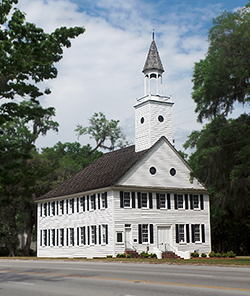 The white-frame Midway Congregational Church on-site was erected in 1792 after the 1756 church was burned during the Revolution. It stands 40’ by 60’, was originally painted red and was shaped in a cruciform. In 1849, a balcony was added for the enslaved workers and in 1864, Sherman’s cavalry was headquartered in the church during his March to the Sea. African Americans held school in the church from 1872-75. The church has neither electricity nor plumbing.

The two-acre cemetery houses approximately 1,200 graves, nearly 300 of which retain the original markers. It served as a corral for Sherman’s livestock. Guided tours of all three sites are offered. themidwaymuseum.org

Fort Morris State Historic Site was built in 1776 to protect the Georgia coast from British naval attack. It was manned during the American Revolution,  fell to the British in 1779, and slaves rebuilt and renamed it Fort Defiance in 1812.  It was also manned during the War of 1812. The eight-site, earthworks, fort tour includes a cemetery with graves dating from 1758. Of the 34 extant markers, the oldest is dated 1788. Visitors get stunning views of St. Catherine’s Sound 7-miles in the distance. A 10-minute orientation film is shown in the Visitor Center and a series of galleries in a small museum relate the history of the town and the fort. GeorgiaStateParks/FortMorris

It goes without saying that the Coastal Region is renowned for its seafood and before departing the area you must dine at the Sunbury Crab Company. The seafood is fresh, the atmosphere inviting and the view of Sunbury Harbor outstanding. Crabs are caught daily and restaurant specialties are steamed blue crabs, homemade crabcakes and wild Georgia shrimp. sunburycrabco.com