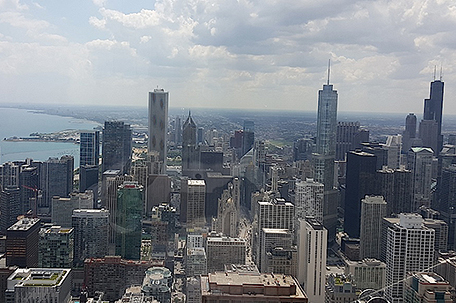 The first Europeans to enter the Chicago region — explorers was Joliet and Jacques Marquette in 1673 — encountered the Fox, Potawatomi and Miami Indians. They called the land that connected the Chicago and Illinois Rivers and the Great Lakes to the Mississippi Valley by the Miami word “Checagou”, for the wild onions that grew on the shore. In 1779, a Haitian immigrant, Jean Baptiste Point du Sable, established the first permanent settlement on the northern shore of the Chicago River. He constructed a prosperous trading post that attracted traders from Canada and the colonies making Chicago, from its founding multicultural and a place for those seeking goods and services.

Chicago, now 237-sq. miles, remains an international city and shopping mecca. Through the years it has garnered a host of other accolades that make it an ideal destination for lovers of luxury, culture, unique history, art, dining and architecture. The Art Institute of Chicago, one of more than 200 art venues, showcases the largest collection of Impressionist paintings outside of the Louvre. There are over 200 theaters, 7,300 restaurants, 56 museums, 46 historic districts, 15 miles of beaches and 26-miles of lakefront. The scenic 18.5-mile lakefront pathway was originally created for the rich to take carriage rides and display their wealth. (www.choosechicago.com).

In 1871, a fire destroyed a large portion of Chicago, providing a blank slate for modern architects to create cutting edge designs. Chicago is now home to four of the nation’s 10 tallest buildings. The city offers a 75-minute Chicago Architecture River Cruise along the Chicago River. The cruise is narrated and includes important buildings and traces architectural history from the trading post to the 21st century. The Chicago River not only provides stunning views but is also the world’s only river hat flows backwards. It was reversed to redirect sewage away from Lake Michigan. (www.architecture.org). 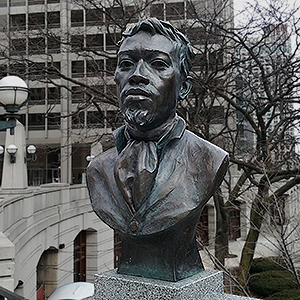 One of the best ways to obtain an aerial view of Chicago is to visit the John Hancock Center. The 1,500-ft. skyscraper was constructed in 1969 using steel X-braces alleviating the need for internal supports. An observatory on the 94th floor gives visitors a 360-degree view that includes four states, Illinois, Michigan, Indiana and Wisconsin, the skyline and the lake. “TILT,” the city’s highest and newest amusement, tilts visitors 1,000-ft. above Michigan Avenue at a 30-degree angle. The panorama includes the Navy Pier’s 15-story Ferris wheel, the ¾-mile Magnificent Mile, the iconic Water Tower and 1866 Pumping Station. (www.360chicago.com).

Approximately 500,000 African Americans migrated from the South to Chicago between 1916-1970. Their significant cultural influences include cuisine and jazz and blues music. The 1961 DuSable Museum of African-American History preserves and promulgates the story of people of African descent through special exhibitions, lectures and a permanent collection exceeding 15,000 objects. (www.dusablemuseum.org).

Chicago’s Museum Campus was created in 1998 and consists of the Field Museum, Shedd Aquarium, Adler Planetarium and Soldier Field. The venues are connected by a green space and are a short distance apart.

A Big Bus “Hop-On, Hop-Off” guided sightseeing tour is a great way to obtain a 2-hour overview and visit the sites you select. The double-decker buses offer free WIFI, several languages and 14 stops. For best views sit mid-to-back on the left side. A Panoramic Night Loop tour is also offered. (bigbustours.com, #bigbuschicago).

You should pair the Big Bus with a Chicago CityPass. The pass provides express entry to the most visited sites allowing visitors to bypass long lines. (#citypass)

The Magnificent Mile is one of the most recognized sites in Chicago. This landmark boulevard is bookmarked by North Michigan Avenue and Oak Street Bridges. Construction along the street began in the 1920s and continued until 1929 and has undergone several revitalizations. The Magnificent Mile adjoins five neighborhoods and is bordered by Randolph Street, North Avenue, Lake Michigan, and the Chicago River, a total of 13-blocks. It is an international destination with an eclectic mix of luxury stores and trendy boutiques. 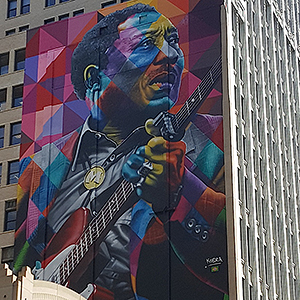 The only thing more exciting than shopping along the Magnificent Mile is lodging there and the ultimate in luxurious accommodations, the five-star Chicago Peninsula Hotel, surpasses ideal. The deft blend of Asian service and hospitality, modern technology, international sensibilities and distinctive Chicago culture have resulted in the “Travel + Leisure World’s Best Hotel in Chicago” for 2017. (chicago.peninsula.com).

The 339 accommodations feature IPADS, in lieu of printed material, allowing guests to access all services, control lighting and select from 4,500 publications in eleven languages. Amenities include designer bath products and wave patterned linens unique to the hotel. Scenes from Empire have been filmed in The Peninsula Suite.

“Health” magazine selected The Peninsula Chicago one of “America’s Healthiest Hotels.” Guests can experience the healthy lifestyle at The Spa and the Fitness Centre. Asian-inspired treatments are offered in the two-level spa in eight treatment rooms and the half-Olympic size pool is set in the midst of floor-to-ceiling windows that provide panoramic city views. The pool is fully handicapped accessible.

A trio of award-winning restaurants, Pierrot Gourmet, The Lobby and Shanghai Terrace, are on-site. The AAA Four Diamond Shanghai Terrace is the Zagat Survey designated number one “Chinese Restaurant in Chicago”.  The menu is Cantonese, the décor replicates a 1930’s Shanghai supper club and the service is exemplary.

Keys to the City is the ultimate experiential program that introduces guests to unique Chicago experiences. There are ten from which to choose including the Chicago Helicopter Experience, Luxury Speed Boat Experience on Iconic Chicago River, Chicago’s Music History and Princess for a Day.

Muddy Waters stated, “Going to Chicago was like going out of the world.” Plan a getaway and you will agree.

The Afrikana Film Festival will be held in Richmond, Virginia from September 14-17, 2017. The festival features 40 films showcasing the talents of both established and new artists of African descent from a global perspective. It was created to serve as a catalyst for conversation and unify the community. A three day all access pass costs $65. (www.afrikanafilmfestival.org ).

Smooth Traveler: “Putting on the Ritz” in Fort Lauderdale