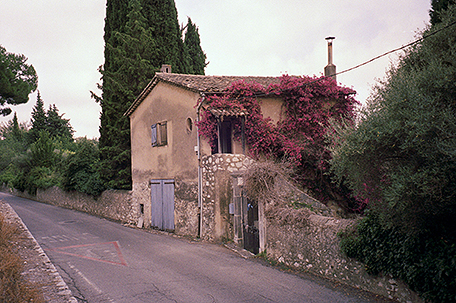 James Baldwin’s roles as author and political activist uniquely qualified him to be both a voice for and shaper of America culture in a broader sense and African-American political culture specifically.

All of his childhood experiences honed him for his “individual journey” and for the remainder of his life he spoke out against injustice and advocated radical change and neither his influence nor his significance has diminished in the years since his death. His eloquent prose continues to spur us to speak truth to power.

On August 2, 1924, Emma Berdis gave birth to James Arthur Baldwin in Harlem Hospital. Three years later she wed the strict and morally rigid Rev. David Baldwin. He adopted James and they went on to have eight additional children.

James attended PS 24 in Harlem, located on 128th St. between Fifth and Madison Avenues. In 2014, in commemoration of his 90th birthday, New York City designated the street James Baldwin Way.

At Frederick Douglass Junior High, he found a mentor in poet Countee Cullen who introduced him to literature through participation in the literary club and the editing of the school’s magazine, “The Douglass Pilot”.

In 1938, Baldwin experienced an epiphany and was called to the ministry. It was as a minister at Fireside Pentecostal Assembly that he developed his oratorical skills. He preached until 1941, at which time he left the church because of philosophical differences, and became an atheist.

Ironically, DeWitt Clinton High School opened on the same day the stock market crashed. The all-male facility was built at a cost of $3.5-million and drew its population of the best and brightest from throughout the city. Cullen encouraged Baldwin to apply for admission. He was accepted and graduated in 1942. While there, he worked on the school’s newspaper, “The Magpie.” A list of the school’s outstanding alumni includes Nate Archibald, Ralph Lauren, Stan Lee and Tracy Morgan. 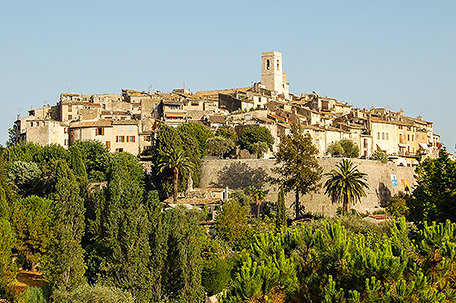 After Rev. Baldwin’s death in 1943, James tried to support the family. But he eventually moved out and began to interact with artists and musicians in Greenwich Village and. At this time, he met writer Richard Wright, and became his protégée. Wright was instrumental in helping Baldwin secure a Eugene F. Saxon Foundation Fellowship in 1945. In 1947, he published his first professional work and was given a Rosenwald fellowship the following year.

He used that fellowship to go to Paris where he stayed. While he traveled internationally, Baldwin always returned to America and France. He never relinquished his American citizenship and wrote that he considered himself a “commuter.” He never ceased to be politically active and speak out against racial inequality and advocating social change.

The city of Paris is divided into 20 districts referred to as arrondissements that spiral around the oldest portion of the city. Each neighborhood has a unique history and culture and most tourists agree that the real must-sees are districts 1 through 8. Districts 1-4 and 8 are situated on the Right Bank and 5-7 on the Left Bank.

African-Americans were in Paris before 1900 including William Wells Brown, Norbert Rilleux, Frederick Douglass, Mary C. Terrell and James Hemings. World War I brought Black soldiers and, most importantly, jazz, to France. After the introduction of African-American culture, entertainers and artists followed and a community thrived. The end of World War II caused another influx of African-Americans who sought more opportunity and greater racial equality. Baldwin stepped into this world in November of 1948 with hopes, dreams and $40. 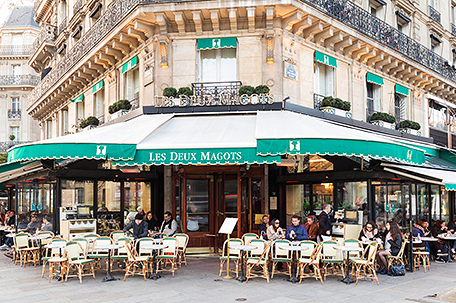 He went from the airport to the 2nd floor of Café Deux Magots, in St.-Germain-des-Prés where he met with Richard Wright and editors from Zero Magazine. Baldwin’s essay “Everybody’s Protest Novel” was published shortly afterward, and Wright felt some of the criticism was aimed at him. A minor feud began between the two. The café is still there.

In his first Parisian years, Baldwin lived in a series of minor hotels on Rue de Verneuil.  Later, he would rent a cold water apartment at #48 Rue Jacob. The offices of “Zero Magazine” are located at #29 and #56 is where Benjamin Franklin signed the Treaty of Paris that granted independence from Britain in 1783. 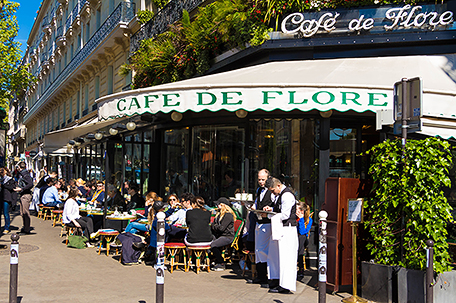 Baldwin’s living spaces were often unheated and poorly lit causing him to write in nearby cafés. On Café de Flore’s second floor, Baldwin rewrote ‘Go Tell it on the Mountain’. Tourists can order Cognac or coffee, his drinks of preference here in his honor. Alfred Knopf wanted to publish the book in New York, and Baldwin borrowed plane fare from Marlon Brando to return to America in the Beaux Arts Hotel at Rue de Beaux Arts #13. The Art-Deco Le Select Café was where much of  “Giovanni’s Room” was penned in 1955. 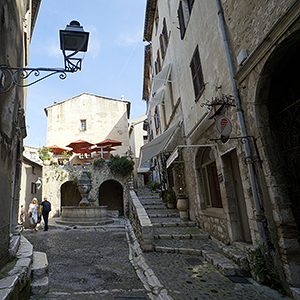 Baldwin did gain international literary acclaim and was awarded the French Legion of Honor. His favorite hotel became the Hotel Port Royal and its restaurant Les Antiquaires on Rue Montalembert.

He purchased a home in the south of France in St. Paul-de-Vence. It was there he was diagnosed with esophageal cancer and died on November 30, 1987. A memorial service was held for him at the American Cathedral on Avenue Georges V #23.

Baldwin was returned to Harlem where more than 4,000 people attended a three-hour funeral service held at St. John the Divine, Amsterdam Avenue at 112th Street, on December 8, 1987. His 40-car funeral cortege drove pass the sites of his youth and continued to Ferncliff Cemetery and Mausoleum in Hartsdale. Baldwin rests in Hillcrest A, #1203.

“The Fire Next Time” began as a letter, published in “The Progressive”, to his nephew on the centennial of the Emancipation Proclamation. His “Letter to My Nephew” continues to resonate and has a message for us all.

“This is your home, my friend, do not be driven from it; great men have done great things here, and will again, and we can make America what America must become.”