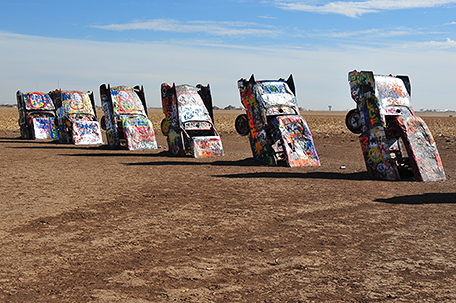 Amarillo represents everything you have dreamt Texas could be. It is the city that we recognize from iconic movies, filled with larger than life personalities and everything else from longhorn cattle to unique arts and culture. Throughout the city are tangible symbols of the regional spirit of adventure and ongoing quest for the next big adventure.

Archeologists can reliably place human habitation in the area about 11,000 years ago. The earliest people were nomadic tribes who did not establish farms until around 1150. The name itself — “Texas” — is the Spanish pronunciation of the Caddo Indian word for friend, “Taysha.” The first European explorers, led by Coronado, reached the area in 1541 but settlement did not occur until the 1880s. 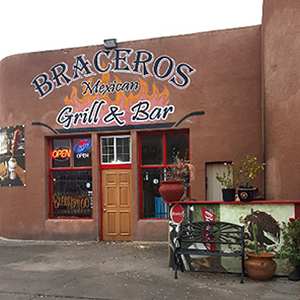 Amarillo is situated in the heart of the Texas Panhandle and became known as the “Crossroads of the Panhandle” because of railroad and cattle trail access and importance. The quintessential western — “Lonesome Dove” — is based on regional locations and characters and Gus is modeled after Charles Goodnight. Goodnight established the Goodnight-Loving Trail and invented the chuck wagon.

The earliest documented African-Americans, Jerry Calloway and Matthew Hooks, came to Amarillo in 1888, and by the early 1900s there were five families. Joshua Deets, the African-American cowboy in “Lonesome Dove” is based on Bose Ikard, Goodnight’s righthand man. Upon Ikard’s death in 1929, Goodnight paid for his gravestone and on it etched, “Served with me 30 years, Fought in 21 Engagements with the Comanche and Kiowa. Cheerful in all weathers. Never shirked a task. Splendid behavior.”

In 1892, the city was named Amarillo, “yellow”, after having previously been called both Ragtown and Oneida. It was a prosperous cowtown until the 20th-century when the discovery of natural gas prompted industrial development. 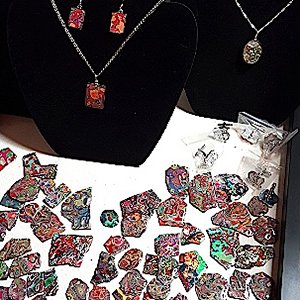 The Panhandle-Plains Historical Museum, the largest in Texas, is the best place to obtain an overview of the region’s history. The museum interprets 14,000 years through dioramas, artifacts and artworks. An exhibition highlight is Pioneer Town. Visitors walk along streets of an 1890-1910 town filled with typical establishments of the era. (www.panhandleplains.org).

Goodnight also established the first Panhandle ranch, the JA Ranch, within Palo Duro Canyon in 1876. His ranch would expand to nearly 1-million acres and contain 100,000 cattle. Palo Duro, the second largest canyon in the country, was carved out by the 200-mile Red River and served as the Indians winter camp and settlement for 12,000 years. It was also the site of the last major battle of the Indian Wars. (www.tpwd.texas.gov/state-parks/palo-duro-canyon).

Attractions within the park include the Trading Post which offers food and souvenirs, and the Visitor Center. Visitors can view a one-hour film on the history of the 90-million year old canyon and explore several artifact filled galleries. There are 13 trails, a replica of a sod house, the outdoor drama “Texas” and magnificent views within the canyon.

Amarillo has more than its share of world famous sites, not the least of which is the Cadillac Ranch. A quarter-mile from Route 66 stands an artwork that consists of 10 caddies planted in the ground. The cars are facing west chronological and from 1949 to 1963. The cars were placed there in 1974 and people are encouraged to add to the artwork with their own spray paint contribution. The nearest Home Depot sells more spray paint than anywhere else in country. A great photo op. (www.amarillo66.com).

The internationally renowned Route 66 received its official designation in 1926 and was designed to link cities and towns to facilitate the transportation of goods. John Steinbeck called it “The Mother Road” in “The Grapes of Wrath” in 1939 and in 1946, Nat King Cole sang “get your kicks on Route 66.” Entrepreneurs were quick to realize that a road trip required accommodations and services and a new form of architecture was born. By 1984, the road had been totally supplanted by modern roads and interstate highways. There are 178-miles of the route in Texas and 150-miles of it are navigable. The most iconic section in Amarillo is 6th Street. (www.rt66ofTexas.com).

Bob “Crocodile” Lile is the creative mind behind “cadillite” jewelry at Lile Art Gallery. These unique pieces are handcrafted by Croc of paint chips culled from Cadillac Ranch. He is filled with stories about “America’s Main Street” and time with him is time well spent. (www.lileartgallery.com).

Route 66 ushered in a new era filled with road trips and family vacations. Two museums in Amarillo provide an opportunity to revel in the joys of classic transportation. 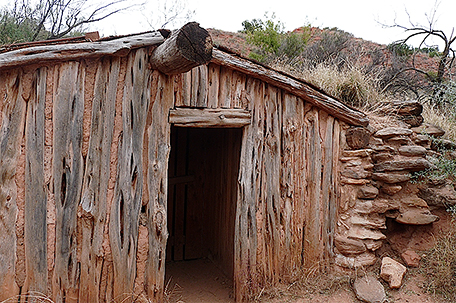 Bill’s Backyard Classics exhibits 170 classic cars on a rotating basis in two showrooms. The cars are all meticulously restored and are in driving condition. The vehicles date from the 1920s to 2012. Highlights of the collection include Bob Seger’s 1961 Pontiac Catalina convertible and a 1928 paddy wagon complete with leg irons. (www.bbcamatx.com).

Jack Sisemore’s RV Museum is housed in a structure adjacent to the oldest RV dealership in the state. The RV’s date from the 1930s and are displayed along with objects from the era.  Exhibited RVs include the bus from the film RV a genuine VW van from the era of peace and love and a 1942 Harley, “the motorcycle that won the war.” (www.rvmuseum.net).

The Big Texan Steak Ranch & Microbrewery is an absolute must. The Lee family opened the restaurant in 1960 on Route 66 near the stockyards. It is home to the 72 oz., $72. steak dinner. Diners who eat the steak and sides in 60-minutes eat for free. The food is delicious meal is served family style and the ambiance is pure Texas. It should be noted that the current champion is a female. She ate three steaks at one sitting. (www.bigtexan.com).

Smooth Traveler: A Holiday to Remember in Grapevine, Texas