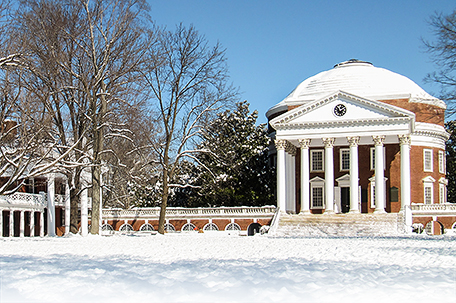 Virginia was the site of the first permanent English settlement in America. It is also the place where the first slaves disembarked.  Eight Virginians have been elected as President of the United States, four being among the first five presidents: Washington, Jefferson, Madison and Monroe. These factors make Virginia a microcosm of both colonial society and the American culture that flowed from it. Great care has been taken to interpret history holistically there, and there are numerous museums, historic structures, tours and hundreds of markers to guide you. Every site with African-American links highlights the contradictions of life and liberty in the US. (www.visitcharlottesville.org)

Although the first land patents were issued in 1727, Albemarle County was officially established in 1744.  It was named in honor of the second Earl of Albemarle. Charlottesville became the county seat with a main street that previously served as a Monacan Indian trail from the Blue Ridge Mountains to Richmond. The 50-acre, hilly, village was named after Princess Charlotte, who would later become the wife of King George III. Charlotte — considered the first Black Queen of England–was a direct descendant of the African branch of the Portuguese Royal House. (www.albemarle.org). 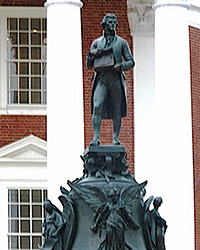 Peter Jefferson, father of Thomas, purchased land in 1737,  making his son’s ties to this region permanent. Thomas was born on a 200-acre tract of land on the Shadwell plantation in 1743.  The home burned down in 1770, but the name lives on. Shadwell’s Restaurant, winner of the 2017 OpenTable Diners’ Choice Awards, is known for serving the best seafood in Charlottesville. Their crab cakes are particularly popular and are made of lump crabmeat from the Chesapeake Bay with no bread filler. (www.shadwellsrestaurant.com).

In 1987, the University of Virginia (UVA) was designated a UNESCO World Heritage Site. Thomas Jefferson is credited with the concept and design of the “Academical Village,” which was conceived to encourage interdisciplinary studies and dialog. The basic design included pavilions to function as professor’s housing, dining hotels, student single room dormitories and the Rotunda. The Rotunda — modeled after the Pantheon — was to be the site of examinations, a library, worship services and a focal point of the university. The cornerstone of the $400,000 university was laid on October 6, 1817,  with Jefferson, Madison and Monroe in attendance. (www.virginia.edu).

UVA is currently committed to completing “Virginia Mist,”a granite memorial to the enslaved laborers who were instrumental in building and maintaining the university. The school owned 100 slaves and rented out about 40 of them.  It is believed that throughout time, more than 4500 enslaved worked at UVA from 1817 until 1865. Two male slaves, used to clear the land, were the first on site.  By 1832, UVA owned four. Ultimately, there was approximately one slave per 20 students. Slaves often accompanied the students. Edgar A. Poerented a local slave from his master for his personal use. Poe’s room, West Range #13, has been restored to its 1826 appearance. Visitors can peer through a glass door and press a button for narration.(www.virginia.edu/slaverymemorial).

Jefferson School African-American Heritage Center is housed within a 1926 building that was the only area high school for Black students. It was desegregated in 1959 and fully integrated in 1967. The Center seeks to honor, preserve and promulgate Charlottesville’s African-American legacy. The permanent galleries of “Pride Overcomes Prejudice” are divided into: “The Freedom Generation (1865-1895)”;“The Migration Generation (1895-1926)”; “The Community School Generation (1926-1939)”; “The Civil Rights/Massive Resistance Generation (1939-1959)” and “The Desegregation Generation (1959-1970).” The Contemporary Gallery presents a series of changing, provocative, art exhibits. A schedule of events and programs is available online. Visitors can obtain a copy of the African-American Trail for Albemarle/Charlottesville guide here. It lists 21 sites, a map and biographies. (www.jeffschoolheritagecenter.org). 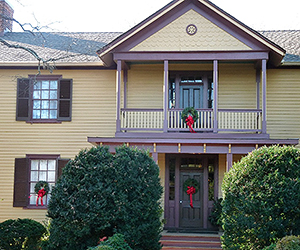 Highland was the official residence of James Monroe, the nation’s fifth President, from 1799 to 1823. Monroe was born in 1758, the second of five children, in Westmoreland, Virginia. In 1790, he purchased land in Charlottesville that held a stone house and the land upon which UVA stands. In 1793, he purchased 1,000-acres from Jefferson and William Carter. His estate, Highland –later called Ash Lawn —  offers a 40-minute, 28 site, self-guided tour that includes a residence, gardens, overseer’s house and slave quarters. At one point, there were as many as 250 enslaved persons living there,  making Monroe one of the county’s largest slave owners. He believed in gradual abolition, but never freed any slaves of his own. The reproduced slave quarters allow visitors to walk through and view demonstrations of the work done by the enslaved. (www.highland.org). 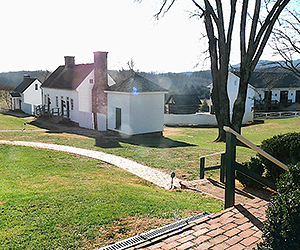 Graduate Hotels are well-curated hotels that marry the college experience, local flavor and prime locations and the Graduate Hotel Charlotte is no exception. The hotel is located a 5-minute walk from UVA and a short drive to the other sites on this tour. From the moment you enter you experience outstanding hospitality and a series of touches that are reminiscent of college days. Room keys are ID cards featuring pictures of well-known UVA graduates. The accommodations are inviting, complete with Malin+ Goetz amenities and great mountain and UVA campus views. There are two dining venues: the Heirloom Restaurant and the Sheepdog Café. The rooftop Heirloom Restaurant offers expansive views of the area and great food. The Sheepdog is casual and has both indoor and outdoor seating. A 24-hour fitness center is located on the second floor and bikes are available. A stay here is a great experience. (www.graduatehotels.com/charlottesville).

Virginia is the fifth largest producer of wine in the US.  There are 30 wineries within a 30-mile radius of UVA. Visitors can follow the Monticello Wine Trail, so named because of Jefferson’s love of winemaking and the fact that this is considered the birthplace of American winemaking. (www.monticellowinetrail.com).

Baltimore is commemorating Frederick Douglass’ 200th birthday with a variety of events throughout the city. Many of the events will take place in February. For a complete schedule go to www.baltimore.org/article/bicentennial-frederick-douglass-birth-events