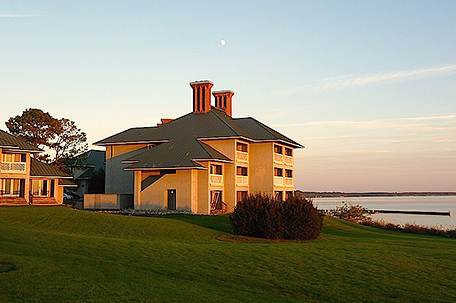 Jamestown, Williamsburg, and Yorktown are the three corners of Virginia’s Historic Triangle. The 23-mile Colonial Parkway connects the sites and is marked, scenic and allows us to follow the trail taken by the colonists. (www.virginia.org)

The Georgian Governor’s Palace in Williamsburg, Virginia was built between 1705-1720. It was the residence of seven Royal Governors and two colonial governors, including Patrick Henry and Thomas Jefferson, before the capital made its third move to Richmond in 1780. During the Battle of Yorktown, the building functioned as a hospital and in the rear is a graveyard containing more than 150 American soldiers. Both Washington and Cornwallis were in Williamsburg prior to Yorktown and we will follow their revolutionary path. (www.colonialwilliamsburg.com).

The 80,000-sq.-ft., $50-million, American Revolution Museum at Yorktown opened in 2017 with more than 500 artifacts and stunning , creative, state-of-the-art technology. The campus, adjacent to Yorktown Battlefield, consists of interior galleries and exterior living history sites. The orientation film –“Liberty Fever” — creates a stage for your entrance into the Revolutionary period. Characters are drawn from patriots and rebels, all ethnicities and even a patriot’s dog. (www.historyisfun.org/yorktown-victory-center/new-yorktown-museum).

Five major themes are highlighted in the museum –“The British Empire and America,” “The Changing Relationship – Britain and North America,” “Revolution,” “The New Nation” and “The American People.” Exhibits are enhanced with the inclusion of dioramas, videos, artifacts and interactive kiosks. Visitors can select a character to follow through the Revolution. Highlights of the tour include a 1790 Wedgwood anti slavery medallion, a first edition copy of Phyllis Wheatley’s “Poems on Various Subjects, Religious and Moral” and the 1733 portrait of Ayuba Suleiman Diallo, one of the earliest portrait of an African who was once enslaved in the colonies. Diallo, a learned Muslim, actually traveled the Middle Passage twice. is biography was published in 1734. (http://docsouth.unc.edu/neh/bluett/summary).

One of the compelling stories related here is that of James Armistead Lafayette, an enslaved man who served as the Marquis de Lafayette’s premier spy. After the war, he was not freed until the Marquis wrote a letter in 1787. He took the Marquis’ last name. 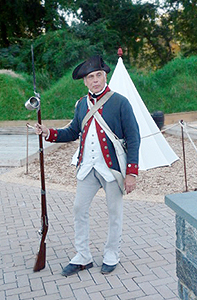 Actors portraying colonists present hands-on activities and interpret exterior exhibits. These exhibits are roughly divided into two areas — the Continental army encampment and the home front. The company encampment exhibits include the surgeons’, quartermasters’ and officer’s tents, as well as those for regular soldiers. There are also unique displays of a regimental kitchen and women’s living and working area. Adjacent to the encampment is the revolutionary era farm of Edward Moses consisting of a 34’ X 16’ farmhouse, tobacco barn, 12’ x 10’ slave quarter and 20’ x 16’ kitchen and garden.

Fort Monroe, referred to as Freedom’s Fortress, could be referred to as where slavery began and where it ended. In August of 1619, the first documented Africans arrived here, not Jamestown, ultimately leading to the American form of formalized slavery. A plaque on the spot where they landed was placed there in 2015. (www.FMauthority.com). 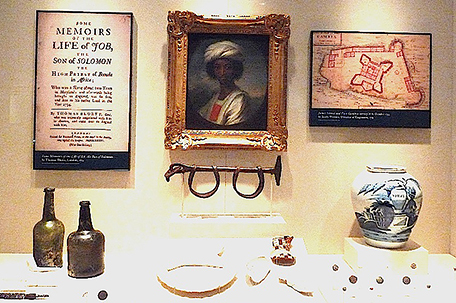 In May 1861, three enslaved men — Frank Baker, James Townsend and Sheppard Mallory — rowed over to the Union-held fort for sanctuary. The next day, their owner pressed for their return under the Fugitive Slave Act of 1850. Major Gen. Benjamin Butler, a lawyer, stated that as Virginia had seceded they were no longer subject to US laws and because the Confederacy considered these men property and used them in the war effort they should be considered “contraband of war” and as such were not to be returned. Word spread quickly and thousands of slaves made their way to the fort and freedom.

Edgar Allen Poe was stationed here from 1828-29 and Confederate President Jefferson Davis was imprisoned here after his capture. A tour of the Casemate Museum has a gallery on the African-American story and a replica of Davis’ cell. On November 1, 2011, President Barack Obama signed a proclamation creating Fortress Monroe as his first national monument. (www.nps.gov/fomr). 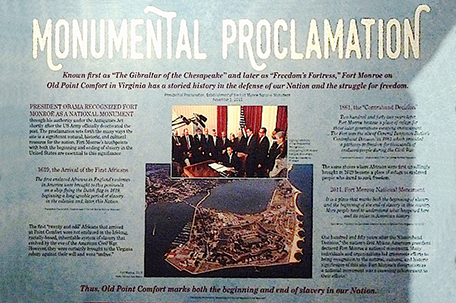 William Ludwell Lee died at the age of 29.  His will stated that the majority of his slaves were to be freed on January 1st of the following year. Those over 18 could stay on a designated part of his land, where a free house was to be built for them, if they wished. They could live there for 10 years rent-free. Those under 18 were to be taken north of the Potomac and educated at his estate’s expense. A portion of Freedom Park is the site of that early Black settlement from 1803-1850. (@jamescitycounty).

Three cabins have been recreated to depict those years in the settlement. The homes are historically accurate and authentically furnished. The Freedom Park Interpretive Center provides information, recovered artifacts and information on the residents and their descendants.

Kingsmill Resort & Spa is perfectly situated for touring The Triangle and provides a plethora of activities, dining options and accommodations. The only AAA Four Diamond Condominium Resort in historic Williamsburg, it offers cottages and guestrooms.  The views are awesome and the service is nonpareil. (www.kingsmill.com).