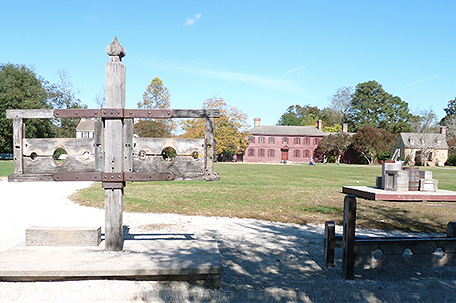 Many people regard Jamestown, Virginia as the birthplace of the nation because it is the site of the first permanent English settlement in North America. But with a deeper look, one sees that its importance stems from much more than that and that it can be better described as the place where our country’s initial courtship took place. It’s here that our nation’s most important “first encounters” occurred and roles and a hierarchy would be established that would have a lasting effect. On May 14, 1607, three ships, Susan Constant, Godspeed and Discovery, bearing 104 all male settlers, came ashore on land they called “James Cittie.”(www.virginia.org).

The Jamestown area was home to approximately 14,000 Powhatan Indians led byWahunsenacawh or Chief Powhatan — and the contact between them and the early settlers was initially hostile. The Powhatan people resided in a series of villages where men hunted and fished. The women tended to other tasks.

The colony managed to survive disease, famine, attack, and rebellion to spread eastward and in 1619, their perseverance would alter the nation’s destiny. The first representative legislative assembly in North America was held from July 30-August 4th in the Jamestown Church. The assembly was comprised of men representing the 11 major settlements. (@commemorate2019). 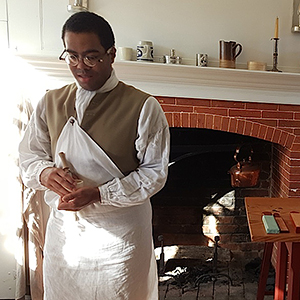 There were women in the settlement from 1607, but their numbers were small and death rates high. In 1619, the first recruitment of women took place. These unmarried women with special skills were specifically selected. More than 100 women arrived the following year, making this a benchmark in women’s history.

The English warship —  the White Lion — sailed along the James River and landed at Point Comfort in August 1619. There, “20 and odd Negroes” were exchanged for food. Captured in West Africa, they were to be transported aboard the Portuguese slave ship São João Bautista to Mexico, but were taken aboard two English ships when the vessel was captured. This exchange established the roots of the African slave trade in the colonies and facilitated its direction and entrenchment in the legal,  economic and social systems for the ensuing 400 years.

These events came together in Virginia in 1619 and set a course for the country that continues to resonate today. The nation’s early history played out in the Historic Triangle and the state has done a remarkable job of researching, preserving, interpreting the locations and being inclusive of all ethnicities.

“American Evolution” is a program designed to explore the 400-years of history and culture with an emphasis on democracy, diversity, and opportunity. The state will commemorate the events that took place in Jamestown 400 years ago. More than 20 events and nine legacy projects have been planned for 2019. The events, beginning in 2018, provide a singular opportunity to interact with history from 1619 through the Civil War. Visitors can opt to tour chronologically, thematically or geographically. (www.americanevolution2019.com). 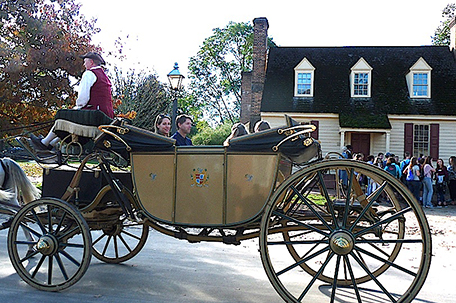 The natural place to begin is at the National Park Service, Colonial National Historical Park (COLO) and Jamestown Rediscovery Foundation (JRF). NPS-COLO is the only known publicly accessible site that is authenticated as having been occupied by the first Africans in the English colonies. This active dig site of the entire settlement was first excavated in 1934 under the guidance of the segregated Civilian Conservation Corps (CCC). Out of this activity came the first African-American archaeologists. (@historicjamestowne).

A civil rights grant has allowed the JRF to embark on the Angela Project, which isan effort to bring to life and substantiate through artifacts the life of Angela, a slave who arrived from Angola aboard the Treasurer. We know that Angela was part of the household of Captain William Pierce, whose home is currently being excavated down to the 1619 level. The kitchen where she worked has been largely excavated and allows visitors to revisit Angela in a space she inhabited. Actual artifacts are exhibited. Although we do not know Angela’s age or fate,  we know she walked these streets. (#AmericanEvolution).

Jamestown Settlement is an interpretive campus that consists of both indoor and outdoor interpretive exhibits that orient visitors to the story of the nation from the perspective of defining events within the Historic Triangle. Visits begin in the museum with “1607: A Nation Takes Root.” This docudrama weaves the story of the interaction of the three cultures that met here over the first two decades. The story of Angela was filmed at the actual locations and sets were built using traditional techniques by Angolans in Africa. (www.historyisfun). 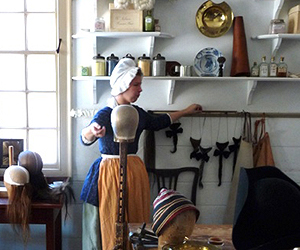 Jamestown Settlement Exhibition Galleries are comprised of 30,000-sq.-ft. of exhibition space displaying more than 500 artifacts, interactive stations, films and life-sized dioramas arrayed along the Great Hall that extends the entire length of the building. Galleries are basically chronological, open with an overview of Virginia and then introduce the Powhatans, the Africans and the English. The final interior exhibit is “The Legacy of Jamestown”. Of special note is the story of Njinga, the Angolan queen who fought against slavery.

Visitors continue to three exterior exhibits, recreations of a 17th-century Powhatan Indian Village, the Jamestown Fort and the three English ships that arrived in Jamestown in 1607. Each area has costumed interpreters who provide information and present demonstrations in which guests can participate.

Because Virginia’s capital was relocated from Jamestown to Williamsburg in 1699, your next stop should be Colonial Williamsburg, the world’s largest outdoor museum. This living history museum interprets the nation’s 18th-century life through the lens of  its inhabitants– notable and average, free and enslaved. There are more than 600 structures — 88 are authentic. There are also 40 sites and numerous tours and programs. During this era, 50 percent of Williamsburg’s residents were Black.  Their stories are interwoven throughout.  Tickets, maps and guides are available at the Colonial Williamsburg Regional Visitor Center, and are an indispensible planning tool. (www.colonialwilliamsburg.com).