Riding the rails: Touring Rhode Island on a rail bike 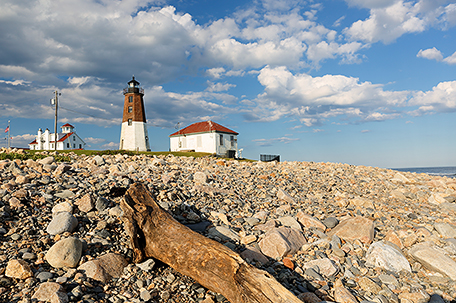 ABOVE PHOTO:  Point Judith Lighthouse on a sunny late afternoon at Narragansett, RI, USA. The lighthouse is located on the west side of the entrance to Narragansett Bay.  (Photo: Shutterstock)

PORTSMOUTH, R.I.–There’s a new way to ride the rails in Rhode Island: by pedaling a rail bike beside picturesque Narragansett Bay.

Rail Explorers opened in Portsmouth in April as part of the Newport and Narragansett Bay Railroad. On a gorgeous summer day in July, the site was teeming with people looking to spend a fun day outside and families seeking a kid-friendly activity.

Friends John McClements and Andrew Karn said they’ve been to the area before, but riding a “rail explorer’’ let them see it in a new way. McClements said he came away from it “awesomely impressed.’’

“The view the whole way was incredible,’’ said McClements, 63, of Natick, Massachusetts. “The bay, the golf courses, wooded areas, mansions. There was nice scenery the entire time.’’

Owners Mary Joy Lu and Alex Catchpoole, who are from Sydney, Australia, first saw rail bikes being used in South Korea. Lu worked with a designer there to come up with rail explorer vehicles that could be used on U.S. railroads.

The couple introduced the concept in 2015 in New York’s Adirondack Mountains and spent two months in Delaware last year before moving to Rhode Island. The company can change locations since it’s mobile. They said they have a five-year permit in Rhode Island.

The vehicles have four steel wheels, brakes and pedals for each seat. With steel wheels on steel rails, the vehicles glide along with easy pedaling and no steering. A tandem explorer for two people rents for $75 and a quad explorer for $125. It doesn’t take all four people to power the quad vehicle, if there are young children in the group or someone who can’t pedal.

“It’s the high-end version of very old technology at a level of engineering that makes it fun and safe for people of all ages and abilities,’’ Catchpoole said. “We didn’t want to create a product that was exclusive to a fitness level or an age demographic.’’

Tracie Crowley described it as “a little work’’ after she finished riding a tandem vehicle with her friend Carol Amico, of North Haven, Connecticut. They signed up for it because they like to be active.

“We’d recommend it,’’ said Crowley, 61, of West Barnstable, Massachusetts. “We’re talking about bringing our husbands for a night out.’’

Each tour begins with a safety briefing. The company coordinates its schedule with the railroad so riders aren’t on the tracks when trains pass.

The six-mile route is along tracks that were once part of the Old Colony Railroad, which operated in the 1800s. It winds through coastal woodland and golf courses, past luxury residences along the bay and through preservation land popular for bird watching.

A new, out-and-back route along the water toward Newport is now running through August.

“We’re constantly reminded of why we’re doing this and it’s to make people happy,’’ Lu said. “Seeing a 90-year-old gentleman ride with his daughter and grandchildren, and the fact that they accomplish it as a family, it’s almost like an energy pill at the end of a very long day.’’

More than 7,500 people have pedaled the rails in Rhode Island so far. Many weekend tours are sold out. Visitors should wear sunscreen, bring water and wear a hat and comfortable clothing. A spooky Halloween tour is in the works before they close for the season.

Lu and Catchpoole plan to open a second location in New York’s Catskill Mountains next year and hope to return to the Adirondacks and to Delaware.

Rhode Island’s Center for Reconciliation at Cathedral of St. John: bringing people of all races together in reconcilation

For Mandela, harsh island jail was a crucible