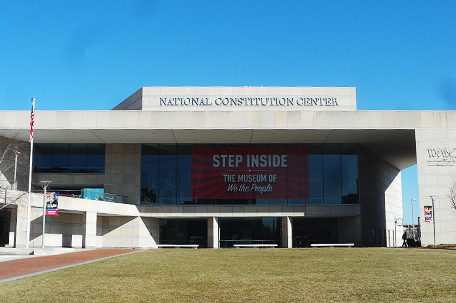 “It is not our differences that divide us. It is our inability to recognize, accept, and celebrate those differences.”

Travel broadens our horizons in ways that are invaluable to our personal growth and development, our ability to comprehend the world around us and to value cultural and ethnic diversity. Fortunately there have always been those who visited other lands and recognized the fact that many people might not have the opportunity to experience the wonders of travel first hand. The earliest of these voyagers brought back tales, not always accurate, of foreign lands and augmented their stories with objects they obtained along the way. These objects and those stories enabled people to travel to places and gain knowledge that might not otherwise have been accessible.

Archeological excavations uncovered the remains of Ennigaldi-Nanna’s 530 BC museum, in ancient UR, modern day Iraq. Interestingly a female, Princess Ennigaldi, was both a priestess and curator. At the time of the dig clay cylinders were also found that are representative of the labels used in the museum.

Museums until relatively recently were only accessible to the elite. Most collections were private and became known during the Renaissance as “cabinets of the curiosities.” Exhibited objects included ethnographic items, bones, birds, rocks and in some cases artwork. In 1773 the Charleston Museum was founded and became the first museum in America. It did not offer access to the general public until 1824. www.charlestonmuseum.org

Philadelphia artist Charles Wilson Peale is credited with creating the country’s first public museum because it was open to all. His original Cabinet of Curiosities outgrew his studio and was eventually housed inside what is now Independence Hall. Exhibits were displayed with labels and in their natural settings. Because the museum had been privately funded it was closed and sold to P. T. Barnum after Peale’s death. Philadelphians are fortunate in that they can view Peale and his cabinet in the PA Academy of the Fine Arts’ “The Artist in His Museum.” www.pafa.org

The International Council of Museums has stated that there are more than 55,000 museums worldwide with 18,000 being located in the United States. Annual visitation exceeds 830-million. Philadelphia’s museums have achieved international renown for both the scope and depth of their permanent and traveling exhibitions. In the next few months several of our institutions will bring the world to the city and allow visitors to explore other cultures by examining the past to better understand the present and the larger world in which we live.

The University of Pennsylvania Museum of Archeology and Anthropology has a permanent collection of approximately 1 million and is the largest university museum in the nation. It has provided cutting-edge research and exhibitions since being founded in 1887.

The museum’s stated mission is to “transform understanding of the human experience” and it exceeds the mark with its most recent exhibition, “Native American Voices: The People—Here and Now.”  The exhibition is comprised of more than 250 items from the museum’s vast collection, with the oldest featured exhibit being 11,000 years old, and will be on view beginning Saturday, March 1, 2014.

This groundbreaking exhibition employs state-of-the-art technology to tell an all-encompassing story of Native American heritage from Paleo-Indian to current Native American culture. More than 80 collaborators and 4 Native advisors were instrumental in ensuring that the presentations are authentic and accurate as displayed and interpreted.

The overarching theme is “What does it men to be Native American?” The main theme is exemplified in four thematic galleries, “Local Nations,” “Sacred Places,” “Continuing Celebrations” and “New Initiatives.”

The focal point of the entry gallery is an animated fire-pit that entices visitors to sit and hear the stories that make up the orientation video. Touchscreen technology has reached new heights in the exhibit, allowing visitors to learn about objects by use, language, tribe, age, area and view them close-up, in 3D and from all angles. Huge tower screen pillars are placed around te gallery and when touched offer access to video and audio essays.

The featured item in the exhibition is the Clovis Point dating from 11,150-10,800 BC. The point was discovered imbedded in a mammoth bone and is the earliest found to date. As the earliest specimen it is considered the “type” point, the one from which all others are dated.

There is a full list of programs scheduled around the exhibition and the museum’s Pepper Mill Café will feature a Native American inspired menu on March weekends. Information is available online. www.penn.museum

Monticello, Jefferson’s home in Albemarle County, Virginia, is a UNESCO World Heritage Site. Jefferson was the architect and pioneered the use of local building materials and local labor in the form of indentures, skilled workers and numerous slaves. The estate stands today as a tangible testament to the man, his times and the enslaved workers who made it all possible. www.monticello.org 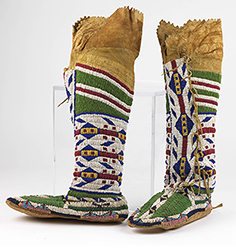 The lives and labor of the slaves of Monticello went largely unnoticed until the 1979 publication of Philadelphia’s Barbara Chase-Riboud’s “Sally Hemmings.” This international bestseller generated interest in the Hemmings family but the other enslaved workers continued to languish in the shadows. From April 9th until October 19th the National Constitution Center will present “Slavery at Jefferson’s Monticello,” a more inclusive portrait of Jefferson’s enslaved workers.

The Thomas Jefferson Foundation at Monticello and the Smithsonian’s National Museum of African American History and Culture organized this 3,500-sq. ft. traveling exhibition. Monticello is the best-documented plantation in the nation, due to Jefferson’s meticulous recordkeeping, and that fact alone makes the information unique and compelling. It debuted in 2012 and has been viewed by millions.

During his lifetime Jefferson owned 600 people and was the second largest slaveowner in the county. He began construction in 1770 at a time when 40 percent of all Virginians were enslaved. In 1774 Elizabeth Hemmings, Sally’s mother, arrived at Monticello and five generations of her family would toil there. During his lifetime Jefferson freed only 10 slaves and after 1785 he never made another anti-slavery statement.

The exhibition presents the Hemmings family along with five other families and their descendants that lived and worked there. Each family is presented in a mini-gallery that includes photographs, documents, family trees and artifacts.  Objects that belonged to Jefferson, walking stick, inkwell and eyeglasses, are displayed as well as, in Philadelphia only, the rare 1823 Stone Declaration of Independence.

“Getting Word Out” is located at the conclusion of the exhibition. Nearly 200 descendants of Monticello’s slaves were interviewed beginning in 1993. Their oral testimonies and a 3-minute video round out the experience. Two of Sally’s grandsons fought in the Civil War, one in the U. S. Colored Troops, the other as a white soldier. I-Pod tours are available. During the opening weekend a $3 admission discount will be offered in honor of Jefferson’s birthday. www.constitutionenter.org

“Treasures from Korea, Arts and Culture of the Joseon Dynasty, 1392-1910,” on view at the Philadelphia Museum of Art from March 2nd to May 26, 2014, takes us on a journey of 518-years and 6,908-miles. The Philadelphia Art Museum is the only venue on this coast that will host the exhibition.

Archeological evidence supports habitation in the Korean Peninsula more than 600,000-years ago but the consolidation of area tribes and the establishment of Gojoseon and the Korean people is usually dated as beginning in 2333 BC. www.asiaenglish.visitkorea.or.kr/ena

General Yi Seong-gye founded Korea’s final and longest lasting dynasty in 1392 in the area that is now Seoul. The Joseon rulers replaced Buddhism with Confucianism and used a highly organized civil service system to maintain their structured political system. Social mobility was limited but academic achievement was always highly valued. The Hunminjeongeum, the Korean alphabet, was created under King Selong, the 4th ruler. Korea was known as “The Hermit Kingdom” until the end of the 19th century because of its isolationist policies. In 1910 the country came under Japan’s colonial rule and the Joseon Dynasty came to a close. www.visitseoul.net/en

The exhibition features five thematic galleries that focus on the culture, rituals and artistic achievements of the world’s longest-lasting Confucian dynasty. The exhibit begins as you enter the Great Stair Hall where a monumental gwaebul, a Buddhist banner, is hung above the Grand Staircase. The banner is on loan from a temple and is a documented national treasure. The banner is nearly 40-ft. tall and was used in the Yeongsanjae ritual during Buddha’s birthday.

In the gallery foyer visitors are treated to a life-sized animated Korean wedding procession from King Yeongjo’s rule. There are interactive touchscreens and a kiosk at the end of the exhibit that helps you to write your name in Korean.  Other important objects include an exquisite miniature burial set, royal folding screens, an imperial upper garment, portraits, room settings and a courtier’s official outfit.

The museum will present a series of films, lectures, teacher programs, K-Pop dance party and culinary classes designed to enhance your experience. Reservations are required for the culinary classes and fill very quickly. www.philamuseum.org

A world of travel awaits you and a good place to start is in Philadelphia’s museums.

Get a jumpstart on spring at Maryland’s Eastern Shore Hyatt Regency Chesapeake Bay Golf Resort, Spa & Marina. Spring Fever Packages are offered in both April and May, with a menu of additional special activities from April 11-27. This four Diamond resort will get your blood flowing. Rates start at $169.00 and are available online with the code SFEVER. www.chesapeakebay.hyatt.com

It all began with a gift of 2,000 cherry trees from the Mayor of Tokyo to Washington, D. C. in 1912. That occasion is commemorated with D. C.’s Cherry Blossom Festival, one of the city’s signature events. www.nationalcherryblossomfestival.org

Old Town Alexandria, Virginia, eight miles from Washington, will celebrate the festival and the coming of spring with the inauguration of the Old Town Cherry Blossom Food Tour from March 22- April 13, 2014. Other tours, Bike and Roll’s Blossoms by Bike River Ride and the Cherry Blossom Boat Tour by Potomac Riverboat Co., and hotel specials are also available. www.VisitAlexandriaVA.com/Spring

Washington area’s 11 Kimpton Hotels have created the “Blossoms & Bubbles” package that is available from March 20- April 13th. Special amenities are included and rates begin at $139.00 with code BLOOM.