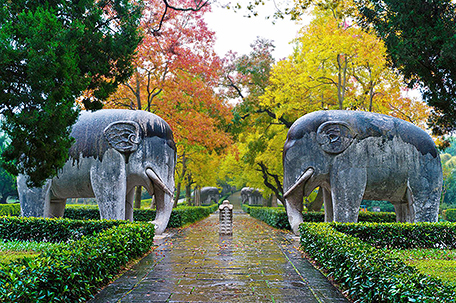 ABOVE PHOTO:  The Sacred Path leading to the Ming Tombs at Purple Mountain in Nanjing, China

If you enjoy exploring new and unique cultures when you travel, you’re far from alone. In a 2016 Trip Advisor study, 47 percent of travelers worldwide chose foreign destinations to visit in hopes of being exposed to other cultures and people.

Learning the history of ancient cultures can be the most fascinating part of such trips, especially for visitors who measure the age of their own nation in hundreds, not thousands. That’s partly why the 1,800-year-old city of Nanjing, China is such an attractive destination for curious tourists from across the world.

The city of 8 million offers access to a wide range of awe-inspiring ancient sites along with multiple opportunities to experience the people, places and culture that make up the Jiangsu province present day. Visitors also enjoy the ease of transportation: An international airport and two train stations connect Nanjing to China’s major cities including Shanghai and Beijing, 90 minutes and 3.5 hours by bullet train, respectively.

Those wishing to immerse themselves in Nanjing’s ancient beauty and culture can enjoy the following attractions: 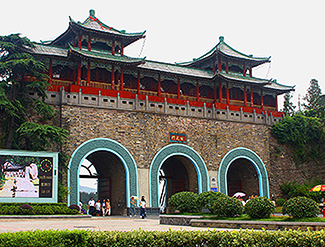 Historic sites: Among the most historically and architecturally significant are two mausoleums enshrining former Chinese leaders: the Ming Dynasty-era Xiaoling Tomb and Dr. Sun Yat-sen’s Mausoleum, honoring the founder of modern China. Also compelling is the Presidential Palace, built in Neoclassical style in 1864 and transformed into the China Modern History Museum in 1980. Visitors are often inspired by the 600-year-old City Wall of Nanjing, built by 200,000 laborers over a 21-year period to ward off invaders. The structure encloses 55 square kilometers and is among the largest walls ever constructed in Chinese history.

Cultural landmarks: A must-see for many tourists is the Confucius Temple Scenic Area. Tour the temple, visit former homes of historic figures then board the Qinhuai river sightseeing cruise while you learn about Nanjing’s history and take in performances along the river’s banks. Visit the opulent subterranean Buddhist palace and two different temples at the 197-acre Niushoushan Cultural Park, an ode to Buddhist beliefs built on a sacred site just outside the city. Don’t miss the Grand Bao’en Temple, a reproduction of a Ming Dynasty pagoda considered one of the Seven Wonders of the Medieval Age.

Festivals: Mingle with thousands of locals and tourists alike while celebrating the city’s culturally rich traditions. Nanjing will kick off 2017 with New Year’s Eve Bell Ringing Ceremonies throughout the city. Other festivities include the Qinhuai International Lantern Festival (early January), the International Plum Blossom Festival (mid-February through March); the Rain Flower Stone Festival (September) and the Gaochun County Hairy Crab Festival (September through November). While sampling vendors’ offerings at such events, be sure to partake of Nanjing’s culinary specialty – duck, deliciously served up in myriad soups, appetizers, main courses, pastries, snacks and dim sum. The city’s claim to fame: The tender, fragrant and often crispy salted duck first popularized during the Qing Dynasty.