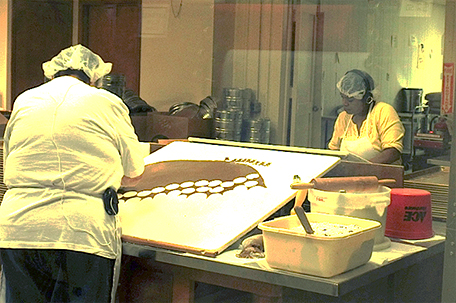 On Easter Sunday, the Moravians of Salem, North Carolina will hold their deeply spiritual Sunrise Service. It dates from 1732 when a group of Moravian men met in the graveyard, “God’s Acre,” to sing praises and ponder the true message of Christ’s death and resurrection. Annually, attendance includes people of all denominations from across the country.

Salem has been a destination since its founding as a congregational town in 1766. The village had the first public waterworks in the country by 1788 and three years later George Washington visited to see it and spent two nights in the Tavern. In 1849, land was sold by Salem to establish Winston but it was not until 1913 that the two towns were officially incorporated. Modern Winston-Salem is recognized as the “City of Arts and Innovation.” Visit WinstonSalem.com 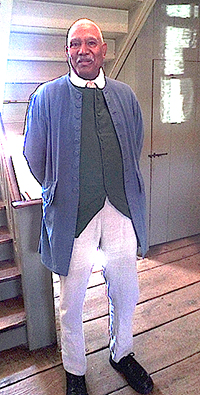 Interestingly, some of the greatest innovations the area has to offer are to be found in historic Old Salem dating from 1760-1850s. The district has more original historic structures than Williamsburg and eight restored gardens surrounded by historic fencing styles. The Moravian Culinary Tour encompasses sites and gardens that showcase and interpret original plant to platter growth techniques and methodology considered innovative today. The tour includes sites both inside Old Salem and in Winston. oldsalem.org/gardens

The village was laid out in a grid pattern with a main square flanked by a street on a north-south axis. At one end of the town, a tavern for use by “outsiders” was erected in 1784. No windows were built in the side that faced the village. It now functions as the Tavern Museum and reflects the experience of a person lodging there. The tavern meadow features native grapes and a vegetable garden. It is one of two National Historic Landmarks in Old Salem.

The Single Brothers’ House, the second landmark, was constructed in 1769 to house the unmarried brethren. Docents within the house showcase trades and individual rooms function as galleries where craftsmen work at various trades. The Single Brothers’ kitchen garden is necessarily large because it fed 60 males and held both garden and field crops. Nearby stood their slaughterhouse and distillery and brewery.

The first privately owned home in the village was the 1771 Miksch House. The owner was a trained gardener and in this home and garden, a housewife and a gardener present a wonderful program that takes visitors from “seed to soil to supper.” In the garden you learn about seasonal crops and growing hops. In the house seasonal receipts as they were then known are shared.

Winkler Bakery has one of the oldest operating dome ovens in the nation. It continues to be wood heated. This functioning bakery sells both Moravian cookies and their famous sugar cake.

In the 1930s, Vernon Rudolph began making doughnuts in a rental property in Old Salem. The secret recipe was purchased from a chef in New Orleans and went on to become known as Krispy Kreme doughnuts. The company has since relocated from its original home.

Homowo African American Heirloom Seeds collection is available, along with other varieties of heirloom seeds in the Garden Shop at T. Bagge Merchant. The seeds are both original to Africa, Asparagus Pea, Watermelon, Sorghum, Okra, etc., and traditionally associated with and used by African Americans.

Mrs. Hanes’ Moravian Cookies are hand-rolled, hand-cut and hand-packed at the rate of more than 10-million annually using natural ingredients. Tours take you through all the steps from mixing to packing and culminate with a view of the rolling, cutting and baking. The entry walls are lined with photographs of luminaries who love these cookies including Quincy Jones. Jones orders them each Christmas for his friends and employees and it was his gift of a tin of cookies to Oprah Winfrey that caused her to list them as one of her favorite things. The tour is wonderful and samples are freely given. Cookies are available online. Hanescookies.com 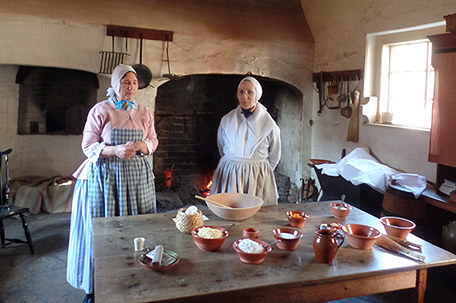 Part two of the tour gives visitors an opportunity to dine at places in Winston-Salem where organic and locally sourced foods are integrated into the menu.

The Kimpton Cardinal Hotel property was once the Art-Deco RJ Reynolds Building, a prototype for the Empire State Building. Now a boutique hotel, it offers 189 accommodations. 11 are spa rooms, and The Katherine Brasserie & Bar that offers southern dining with French flair. TheCardinalHotel.com

Mary’s Gourmet Diner, formerly a 1920s bank, is one of those rare restaurants with both a female owner and chef. Meals are comprised of locally sourced organic ingredients and their meals are delicious. marysgourmetdiner.net

Brewing has a long regional history and the Small Batch Beer Company, a micro-brewery with seasonal beers keeps the tradition alive. Last year they brewed a limited edition beer based on a 1700s historic recipe, “Salem Lot 93.” smallbatchws.com

Maya Angelou was a resident of Winston-Salem and both her 75th birthday party and her funeral repast were hosted by Oprah Winfrey and held at the Graylyn Estate. The award-winning chef, Gregory Rollins, is from Barbados and brings with him an astounding knowledge of international cuisine and fine dining.  Several dining options are offered, a more casual experience in the Grille Room, or a four course culinary immersive, world-class experience in the Manor House that requires advance reservations. In-room dining is offered to those who are lodging in any of the 85 accommodations. graylyn.com