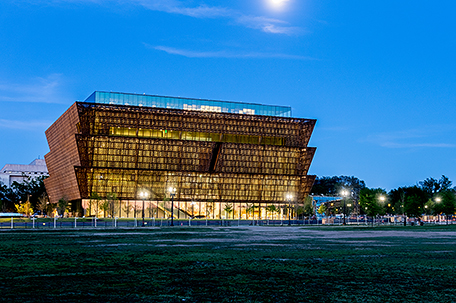 With the opening of the Smithsonian’s Museum of African American History and Culture on Saturday, Sept. 24, organizers foresee a major boost in Black tourism in DC.

“We’re underrepresented in presentations on the Mall. We have the MLK memorial and this. We have very little going on down here. We’re glad to have the new museum because it will raise the profile that various African Americans are making and will be beneficial to us,” said Dr. Frank Smith, co-chair of the DC Host Committee, which held a press conference Sept. 7.

Smith is also founder of the African American Civil War Museum, which hosted satellite events before during and after Saturday’s grand opening. “This museum is a rising tide. It is a great presentation of art, music and artifacts. I look forward to joining in the celebrations,” he said.

Smith said he wants young people to be intricately involved and engaged so that they can learn about African-American history and culture in new and interesting ways. 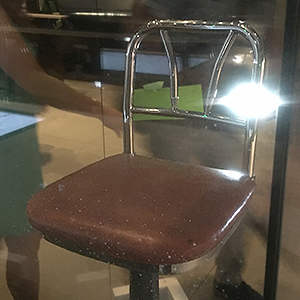 “Young people who go to museums do better in school and lower-income people tend to go less,” he explained. “Our challenge is to bring children to museums regardless of zip code and geographical location. I’m so excited. We need to get our people fired up.”

“This is the most important thing in our lifetime. The museum tells our story of African-American people through African-American eyes. One hundred thousand people will be here. There’s nothing more important to have people come and make them feel welcome. We want people to know that there are Black places to eat, to go and see, Black places of worship. We will continue to be the host city for people who’ll be coming here in droves.”

The museum is the only national museum devoted exclusively to the documentation of African American life, history and culture, said John W. Franklin, director of partnerships and international programs for the Smithsonian. He is also the son of renowned historian and scholar John Hope Franklin. So far, he said, the National African-American Museum of History and Culture has collected more than 30,000 personal artifacts that capture the richness, vibrancy and power of the experiences of Africans in America since the first Africans were brought to the US in the early 1600s. 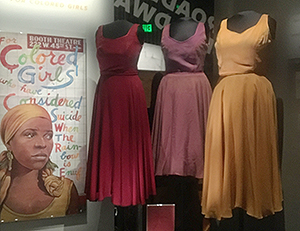 Congress established the NMAAHC by an Act of Congress in 2003, culminating decades of efforts by a wide cross-section of supporters from around the country advocating for a museum to single out and promote the contributions of African Americans. Nearly 100,000 individuals are now charter members of the museum. And when it opens, it will be the 19th and newest museum of the 170-year-old Smithsonian Institution.

More than 150,000 people were expected to attend the museum’s official grand opening ceremonies. President Barack Obama was the keynote speaker.

“It is a major event. A president’s event. Consider it on the small scale of an inauguration,” said Franklin.

He said the museum’s grounds extend to 17th street and there were large-screen TVs along the length of the National Mall and around the Lincoln Memorial. The 400,000 square foot museum was open from 8am to midnight with extended hours all through the first week. It will be open every day except Dec. 25.

“This is a museum that deals with history and culture. You can’t look at the African American experience only from one perspective,” Franklin said. “It looks at resistance and slavery, segregation, creates the culture of music and oral traditions, its cultural expression based on African skills, based on the expression of music, art and architecture.”

Franklin concluded, “I’m absolutely thrilled that this moment is almost here. I’ve spent 29 years working at the Smithsonian and there were early rumblings of creation of the museum. I’ve followed it, tried to push for it … Civil War veterans in 1915 began to agitate for building this museum. We’re a patient people.”