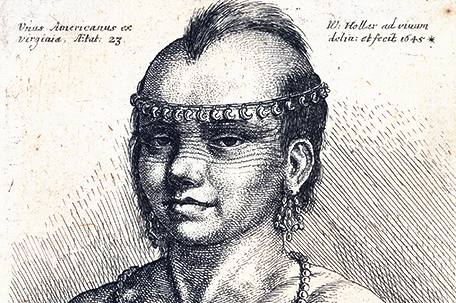 NEW YORK –For the first time, a major Native American art exhibit is being shown in the American Wing of The Metropolitan Museum of Art, rather than in Arts of Africa, Oceania and the Americas.

“Some visitors were confused about why Native American Art wasn’t in the American Wing with other American works,’’ says Sylvia Yount, curator in charge of the American Wing, which has been focused more on Euro-American traditions.

A major new exhibit, “Art of Native America: The Charles and Valerie Diker Collection,’’ seeks to change that.

The American Wing was established in 1924. It includes Colonial and early Federal decorative arts and architecture and other works through the early 20th century.

“The presentation in the American Wing of these exceptional works by indigenous artists marks a critical moment in which conventional narratives of history are being expanded to acknowledge and celebrate contributions of cultures that have long been marginalized,’’ says the museum’s director, Max Hollein.

The large show features a total of 116 works from more than 50 cultures across North America, dating from the 2nd to the 20th century. All were collected by the Dikers, who assembled their collection over 45 years. Featured are drawings, sculpture, textiles, quill and bead embroidery, basketry and ceramics.

“The Diker Collection is unusual for its level of connoisseurship,’’ says Gaylord Torrence, a senior curator of American Indian Art at The Nelson-Atkins Museum of Art in Kansas City, Missouri. He is guest curator of the Met exhibit, which he organized with Marjorie Alexander, a curatorial consultant at The Nelson-Atkins. “The Dikers looked for pieces that were in remarkable condition, and they had a real eye for quality.’’

Although it includes some older pieces, the Dikers’ collection is most notable for breathtaking objects from the 18th, 19th and early 20th centuries. “It is an assemblage of real masterworks, and really redefines American history and art history,’’ Torrence says.

“In American Indian culture, there is enormous diversity in artistic traditions. This installation covers all of North America, and is a celebration of Native American art from many diverse cultures,’’ he says.

The exhibit aims to display the works with “openness and airiness,’’ he says, “and a sense of fluidity between cultures. They are treated as works of American art, not as a collector’s cabinet or an ethnographic case that has a lot of stuff piled into it.’’

Highlights include a detailed shoulder bag from around 1800 made of finely tanned and dyed deerskin and embellished with porcupine quills by an Anishinaabe woman, possibly in Ontario, Canada. A ceramic jar from a century later is by renowned Hopi-Tewa potter Nampeyo, from Hano Village, Arizona. And a huge woven basket by Washoe artist Louisa Keyser reveals the expert workmanship of the Carson City, Nevada, artist.

The exhibit will remain on view through Oct. 6. The American Wing gallery in which it is on view will be dedicated to the display of Native American art for at least the next decade.

After viewing the exhibit, visitors can head upstairs to gain historical perspective at a complementary smaller exhibit, “Artistic Encounters with Indigenous America,’’ on view through May 13, which explores how Native Americans were viewed by non-Native artists and photographers, from early European explorers on.

This exhibit features more than 40 works from the Met’s collection, including drawings, prints, watercolors and photos. Against a backdrop of cultural destruction, these portrayals of indigenous America reflect more about the attitudes of the artists and societies that produced them than the realities of Native life.

To add needed perspective, contemporary artist Wendy Red Star (Apsaalooke/Crow) provides interpretative labels for some of the works, often with humorous and provocative insights on stereotypes of Native Americans.

In addition to the two exhibits, as part of the museum’s “Native Perspectives’’ initiative, labels with Native American comments have been added to various 18th and 19th century Euro-American representations of indigenous subjects throughout the American Wing.

Alongside the famous painting “Washington Crossing the Delaware’’ by Emanuel Leutze, for instance, Alan Michelson of the Mohawk tribe, writes:

“The boatman pictured in the stern wears Native moccasins, leggings, and a shoulder pouch, and likely represents an Indigenous member of Washington’s troops. Native American warriors fought, often decisively, on both sides of the war, British and American, according to their nation’s interest. In 1778, the United States signed a treaty with the Lenape (Delaware), its first formal treaty with an Indigenous nation. The treaty recognized Delaware sovereignty, guaranteed territorial rights, and offered the possibility of Indigenous statehood. But soon a (double) crossing of the Delaware took place; persistent treaty violations by settlers and the U.S. government culminated in the 1782 Gnadenhutten Massacre, in which a Pennsylvania militia killed ninety-six defenseless Christian Lenape. Virtually all of America’s Indigenous allies suffered similar fates.’’