From the mountains to the seashore, explore the Lone Star State’s nationally recognized sites 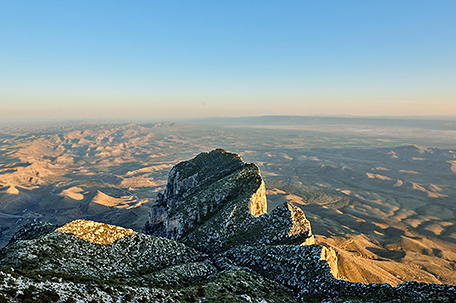 History buffs, beach bums and backpackers know that Texas has more than a few options to choose from when it comes to enjoying their hobbies, but did you know that the state is also home to national parks, a UNESCO World Heritage Site and the longest section of undeveloped barrier island in the world? Pack your bags and head to the Lone Star State for some nationally recognized fun.

There’s a place in far West Texas where night skies are as dark as coal and rivers carve temple-like canyons in ancient limestone. This magical place is Big Bend National Park. While exploring more than 801,000 acres, visitors can take a rafting trip down the Rio Grande, hit the trails to see some of the best panoramic views of the state, search for hidden mines on the Lost Mine Trail at the summit of the Chisos Mountains or take an overnight backpacking trip. Visitors will also see Texas wildlife, as there are many different species in the park including mountain lions, deer, Mexican black bear, javalina and over 450 species of birds. Big Bend also supports a remarkable diversity of plant life; there are 1,200 plant species, some of which cannot be found anywhere else in the world.

Aside from its rich historical value, the park is known for its extensive hiking and backpacking opportunities in one of the nation’s most pristine wilderness areas. Eighty miles of trails welcome hikers to Guadalupe Peak, the highest point in Texas (8,749 feet) and to mountaintops with scattered but thick conifer forests typically found in the Rockies hundreds of miles to the north. While exploring the Guadalupe Mountains, visitors are bound to encounter some of the 60 species of mammals, 289 species of birds and 55 species of reptiles present. These are just a few reasons why Guadalupe National Park is one of America’s best kept secrets. 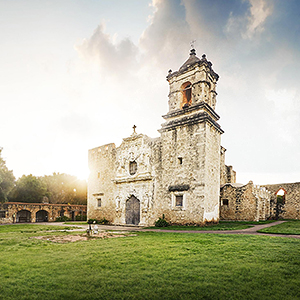 In Central Texas, San Antonio’s five Spanish colonial missions (including the Alamo) represent the largest concentration of Spanish colonial missions in North America and the first UNESCO World Heritage site in Texas. The missions include the state-owned Alamo, or Mission San Antonio de Valero, and the four federally run missions – Concepción, San José, San Juan and Espada – that each have an active Catholic parish.

Once you finish exploring the Missions of San Antonio, take a road trip south to Padre Island National Seashore, the longest section of undeveloped barrier island in the world. Stretching over 130,454 acres, Padre Island National Seashore separates the Gulf of Mexico from the Laguna Madre, one of a few hypersaline (saltier than the ocean) lagoons in the world. The park protects 70 miles of coastline, dunes, prairies and wind tidal flats teeming with life, including a variety of sea turtles.

Whether you’re looking to climb mountains, explore historic missions or take a tranquil walk on the beach, get your fill of national sites in the Lone Star State.

Spring into summer in the Lone Star State