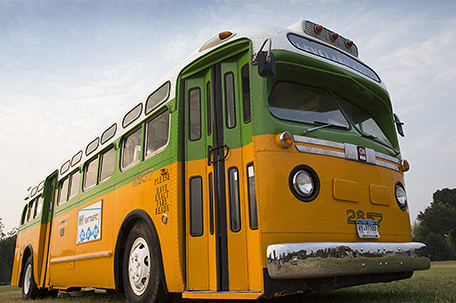 “I accept this award on behalf of a civil rights movement which is moving with determination and a majestic scorn for risk and danger to establish a reign of freedom and a rule of justice.”

Democratic Michigan Congressman John Conyers, four days after Dr. King’s assassination on April 4, 1968 sponsored legislation to establish a federal holiday to honor the man and his achievements. In 1973, Illinois became the first state to make MLK Day a state holiday, but the federal bill languished and millions of citizens signed petitions in support of its passage. The most vocal opponent was Sen. Jesse Helms who cited King’s alleged communism and one day prior to the bill’s passage was denied his formal request to unseal FBI investigation materials that are to be sealed until 2027. President Ronald Reagan signed the bill in November of 1983 and 27 states and Washington, D.C. commemorated the first holiday in January of 1986. Arizona flouted federal law until 1993 and only instituted it then under duress because tourism was seriously affected and the NFL moved Super Bowl XXVII out of state. South Carolina was the final state to make MLK Day a paid holiday in 2000. The holiday is celebrated the third Monday in January as a compromise because it was believed that King’s actual birthday was too close to Christmas. 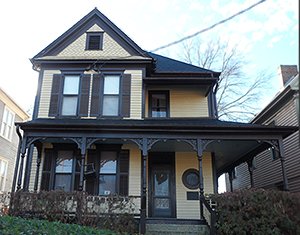 Martin Luther King is a hero for all people and his journey took him around the globe and into the presence of kings and commoners. Many of his greatest challenges were met at sites that continue to exist and are accessible to those who wish to trace his path. The sites listed are in several states, are clearly marked and interpreted and in many cases offer free admission. The stories told you may have lived through or learned in school but there is no better way to understand the man and the movement than to see, touch and immerse yourself in this incredible story.

Michael King, Jr. was born in Atlanta, Georgia on January 15, 1915 to Rev. Michael and Alberta Williams King. In 1934 Sr. changed his name and that of his son to Martin, a change MLK legalized in 1957. Ten years later, he enrolled at Morehouse and in 1948 he was ordained. He attended Crozer Theological Seminary in Upland, Pennsylvania from 1948-51, where he pursued his interest in social gospel, using religion as a vehicle to promote change. He graduated with honors and was class valedictorian. King wed Coretta Scott while obtaining a doctorate degree from Boston University in 1955. 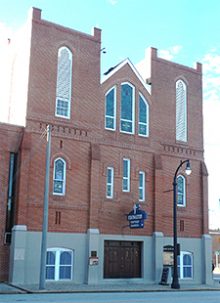 Former slave, Rev. John Parker, founded the Gothic Ebenezer Baptist Church in 1886. The current structure was begun under the pastorate of Adam Williams, whose daughter, Alberta, would marry Martin Luther King Sr. MLK Jr.’s mother was killed as she played the organ during a Sunday service on June 30, 1974 in the church. Dr. King Jr. co-pastored with his father from 1960-68. The church is open for tours. historicebenezer.org

Dr. King’s body was interred in Atlanta’s South View Cemetery in 1968, but was moved in 1970 to a plot of land east of Ebenezer Baptist Church. The white Georgia marble tomb is situated on an island surrounded by a reflecting pool with an Eternal Flame.

Free tours are given daily by the Park Service of King’s birth home. The two story, 14-room, Queen Anne home was built in 1895 and purchased by King’s grandfather in 1906. King Jr. was born and lived there until he was 11. Reservations are mandatory. 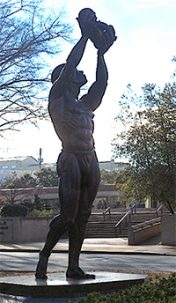 The oldest African AMerican church in Dublin is the 1867 Historic First African Baptist Church. Dr. King’s first public address was a speech given there on April 17, 1944, “The Negro and the Constitution,” in an oratorical contest sponsored by the Black Elks Club. There is a gallery display dedicated to King and the church continues to hold the annual oratorical contest in his honor. visitdublinga.com

In 1877, Dexter Avenue King Memorial Baptist Church was founded in a former slave warehouse on land purchased for $250 and built with bricks leftover from street paving. The church functioned as a gathering place for those involved in the Montgomery Bus Boycott 1955-56. On September 1, 1954 King assumed the pastorate of the church and tours interpret his time there. On the lower lever there is an outstanding mural and the sanctuary features original pews, and King’s Bible and pulpit.

The King family lived in the 1912 Dexter Avenue Baptist Church Parsonage until February of 1960. At 9 PM on January 31, 1956, while King was out and Coretta and their 10-month old daughter were at home alone, the parsonage was bombed. On the right side of the porch it is possible to see evidence of the bombing. Upon his return home, King found a mob of angry African Americans around his home. He addressed the crowd, asking for calm and remarking that even his death would not end the movement. A second bomb was detonated a year later. The second explosion destroyed the façade of the house and seven white men were arrested. Even though two men confessed, no one was convicted at trial.

Tours begin with an orientation in the visitor center that includes a film and personal photos and reminiscences with a church member who knew the family. The single-story residence is filled with the family’s personal belongings. One of the highlighted rooms is his office furnished with his personal record collection, mementoes and books.

A turning point in King’s life occurred on January 27, 1956 when he received a threatening phone call that caused him to contemplate his role and the ramifications for his family. In the kitchen, he prayed and experienced an epiphany. An inner voice reassured him and from that moment on his course was set. The kitchen is as it was and one cannot help but be moved. dexterkingmemorial.org

Dr. King and the movement drew increasing national and international attention and part two follows King through the 1960s.