Made in Georgia, The Hollywood of the South (part two) 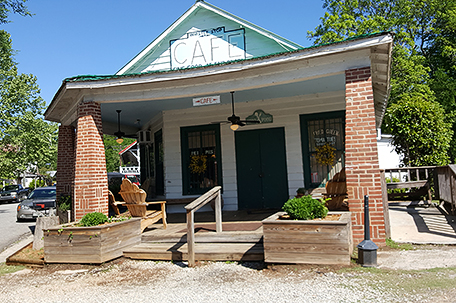 The city of Senoia, 39 miles from Atlanta in Coweta County, was originally named Location. Ironically the name has become increasingly apt as the city has become the backdrop for numerous film projects, and there are more than 400 movie locations within a 20-minute drive. The city’s most notable film is “The Walking Dead,” but it has also figured prominently in films such as “The Fighting Temptations”, “Driving Miss Daisy,” “Drop Dead Diva” and “Sweet Home Alabama.” It is also home to Raleigh Studios that offers four soundstages, a screening room and a town created to replicate a variety of eras.

Senoia offers an outstanding “Touring Dead” walking tour of the downtown area that covera 2-miles and locations from Seasons 3 to 7. The tour company also offers “The Walking Wed.” Fans can actually have Senoia Rick officiate at their ceremony. (@GeorgiaTourCompany)

After the tour, visitors can purchase officially licensed souvenirs and stop in the museum located on the lower level of the Woodbury Shoppe. Nic & Normans is an eatery owned by producer Greg Nictero and actor Norman Reedus. Dining here is an experience in culinary delight and star watching. (@nicandnormans)

Nearby Peachtree City extends your interactive movie experience with the Mastermind Escape Room. You and your party can participate in a Zombie Survival Run. You have one hour to decipher the clues in a barricaded room and signal for help. It takes teamwork and only a percentage of people make it. Peachtree City’s guided Southern Hollywood Film Tour visits locations, Riverwood Studios, the first special effects studio and Starr’s Mill Park, a picturesque setting used in “Sweet Home Alabama.” “The Immortal Life of Henrietta Lacks” was filmed near Peachtree and entering Clover on tour duplicates Oprah’s entry into the town. (www.visitpeachtreecity.com)

Juliette was a forgotten railroad town when it was selected as Whistle Stop, the fictional town in “Fried Green Tomatoes.” It was so overgrown with kudzu that some of the later scenes were filmed first to take advantage of the topography. Only one structure has been built in the town since the filming and visitors feel they are walking in the footsteps of the characters. Highlights of the block-long tour of McCrackin Street are Ruth and Idgie’s House, Smokey’s Cabin, the site of the burial of Buddy’s arm and the famous barbecue pit. The Whistle Stop Café, featuring the iconic fried green tomatoes, is well worth a visit. The classically Southern food is outstanding. Nine movies have been made in the area including the recent “Baby Driver.”

Your initial stop in Covington, 35-miles from Atlanta, must be the Welcome Center. Located around the center are items from movies made there, where you can obtain information on all aspects of the city, including maps, brochures, souvenirs and photo ops. The first film made here was “A Man Called Peter” in 1954, and the trend continued through a large number of significant film projects. People flock here from all across the globe to see where events took place in “In the Heat of the Night” and “Vampire Diaries,” where it serves as Mystic Falls. Tours can be self-guided. (www.gocovington.com)

The Newton County Courthouse was constructed in 1884 in the Second Empire-style with an off-center bell tower for $30,000. It retains original floors and moldings. It served as the Hotel Albert in Selma, the Sparta Courthouse and is seen in Vampire Diaries.

Before Covington was Mystic Falls it was Sparta and there are more than 16 sites connected with In the Heat of the Night. Highlights of this walking tour are the home of Virgil Tibbs, Bill Gillespie’s House and the local jail where the final episode was filmed.

Many local dining establishments are linked to the Vampire Diaries series. Scoop’s Ice Cream serves Damon’s Delight in a nod to a cast member, and Bradley’s Barbecue offers a sandwich that you can request be “vamped out”. Your sandwich will come with tooth marks and what appears to be blood. Every visitor stops by the Mystic Grill, a replica of the restaurant in the series, the food and photo ops are the best.  Murder Alley runs alongside the Mystic Grill. It is so called because more vampires have met their end there than anywhere else. 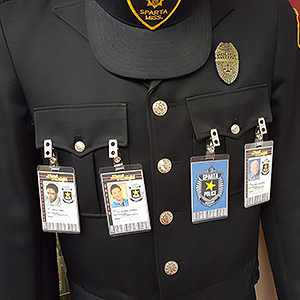 “In the Heat of the Night” uniform

Whitehall Mansion was built in the 1830s. The home has 12 bedrooms on three floors. Margaret Mitchell specifically requested that the mansion be the model for Twelve Oaks, the home of Ashley Wilkes in “Gone With the Wind.” It is currently a B&B and has housed a number of celebrities during filming. It has been a movie set for “Life of the Party,” “In the Heat of the Night” and “Bessie.”

Vampire Stalkers Mystic Falls Tour was created by Jennifer Lowery, and is a winner of TripAdvisor’s Certificate of Excellence. The tour features locations from both “The  Vampire Diaries” and “The Originals.” Lowery has insider knowledge and exclusive access to some sites.  The tour is both walking and riding, and is handicap accessible. (#forevermysticfalls)

Privately owned Lockwood Mansion has been featured on “The Vampire Diaries” for eight seasons as the mayor’s home. This fabulous mansion and the surrounding grounds were the scene of the wedding in the series, widely considered to be the most beautiful television wedding. The mansion can only be accessed as part of the Mystic Falls Tour.

Georgia’s Atlanta and environs movie locations are accessible, and provide a unique and interactive experience into the world of film. Visitors can take guided tours or pick up a map and brochure in the visitor’s center and customize your own tour.  Information to craft a personalized itinerary can be found online. (#exploreGeorgia)