Louisville Legends: From Lincoln to Ali 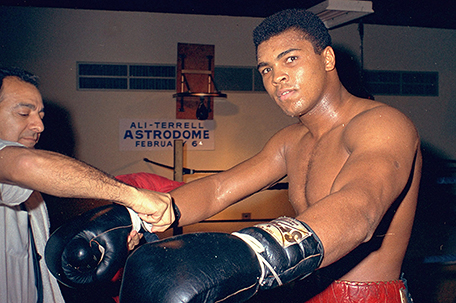 Legends are created, not born. Those individuals that we find worthy of emulation were first influenced by their personal experiences, their environment and most significantly by events. Louisville has nurtured more than its share of people who changed America and the world and the city has designated sites where visitors can stand in the places where two such men underwent life-changing events. (www.gotolouisville) 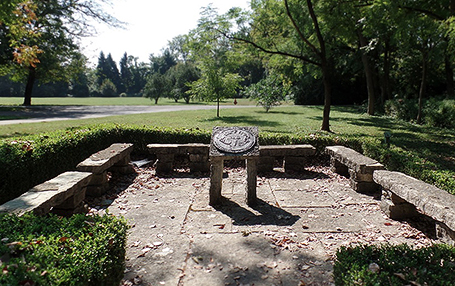 Abraham Lincoln has numerous links with Kentucky, and the premiere site in Louisville is Farmington, the mansion and plantation of his best friend, Joshua Speed. The tour of the once 544-acres includes 15-sites. The plantation was completely self-sustaining and during the construction of the 1816 federal-style mansion slave labor was used.

In 1840 Speed’s father died and he left Springfield to manage the estate. The following year Lincoln visited him for three weeks to work through his depression over a break-up with Mary. He was given a room, assigned a “servant” and a horse. The significance of this stay can’t be overstated, because it is here that he had his first personal experience with slavery. He later wrote to Speed’s sister a letter in which he makes his first written comment on slavery. On his route home he saw shackled slaves and wrote, “ That sight was a continual torment to me.”

Tours begin with a 15-minute orientation film, “The Enduring Friendship.” Visitors continue to the Slave Memorial honoring Farmington’s enslaved population.  The slaves here are well documented in the slave inventory drafted at the death of Speed’s father. The tour is excellent and is inclusive of stories of both the family and the enslaved. Other highlights of the tour include the original kitchen and the dining room. Lincoln, in 1841, was not schooled in the social graces and here he began to acquire those skills. Hemp was an important crop and the final exhibit contains information and artifacts.  (www.historichomes.org/farmington)

Abraham Lincoln’s political model was Henry Clay whose estate is on the trail and Lincoln may have visited. The Clay’s were wealthy plantation owners and in an odd twist of fate they figure in the heritage of the legendary Cassius Clay.

On January 17, 1942 Cassius Marcellus Clay Jr. was born to Odessa O’Grady and Cassius Clay Sr. in Louisville General Hospital. His father was descended from an enslaved family on the Clay plantation. His mother was the granddaughter of an Irishman who married an ex-slave in the 1870s. He was their firstborn and his birth was followed 18 months later by that of Rudolph Clay. At that time, in a segregated city, no one dreamt that Clay, Jr. was destined for greatness. An official tour route is designated and that includes art exhibits and sites.

Ali lived at 3302 Grand Avenue from the ages of five to eighteen. The Ali Childhood Home is 90% original and the original pink exterior has been restored. A marker was dedicated outside of Ali’s Childhood Home in 2012. The house and visitors center opened on May 28, 2016.

His father, a professional sign painter, purchased the 1,200-sq. ft., two-bedroom house, and “Cash” as Clay was nicknamed — and his brother Rudy shared twin beds. Clay Sr. added a room to the rear of the one-story house for use as a painting studio. 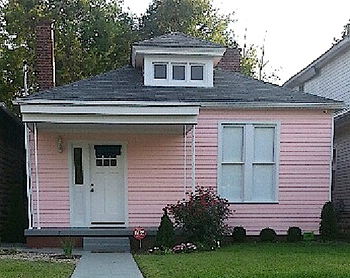 All tours are guided, sometimes by Sonny Fishback, a childhood friend and classmate of Ali’s. He adds personal reminiscences and insight into the lives of the family members as you tour the house and interpretive panels, photographs and an orientation film highlight aspects of his life. Both Clay Sr. and Rudolph, now Rahman Ali, were painters and their works are hung throughout the house. Rahman is a frequent visitor to the home and can often be found signing autographs and answering questions. (www.alichildhoodmuseum.com)

Ali’s red bike was stolen outside the Columbia Center when he was 12. Enraged, he reported it to a White police officer, Joe Martin, adding that he wanted to “whup” the thief. Martin told Ali that he first needed to learn to fight and offered to let him join a group of youths he gave boxing lessons to in the Columbia Gym. A replica of Ali’s bike is located over the main entrance of the center, now part of Spalding University, to denote both where his bike was stolen and his first training site. Chickasaw Park, founded in 1922 for African Americans, was one of his favorite training runs. He raced the bus to Central High School where he graduated in 1960.

Cassius Clay burst onto the professional boxing scene with a 6-round bout held in Freedom Hall, 937 Phillips Lane, ending with a win against Tunney Hunsaker. He would go on to win gold at the Rome Olympics in 1960. He is said to have tossed his Olympic medal from Louisville’s Second Street Bridge after being denied restaurant service.

The six-level Muhammad Ali Center opened in 2005 to serve as a “global gathering place” dedicated to presenting the life and legacy of Muhammad Ali.  Self-guided tours begin with a 15-minute multimedia orientation film shown on five screens. “If You Can Dream” focuses on “If”, a poem Ali always carried with him.

The center presents a chronological timeline of his life, career in the ring and areas dedicated to the six core values: confidence, conviction, dedication, giving, respect and spirituality, to which he dedicated his life. “The Greatest,” a short film, is projected on the regulation sized boxing ring used in his autobiographical movie, and visitors can watch videos on demand featuring15 of his fights. Several areas are devoted to relating the story of Ali’s conversion to Islam and subsequent 3-year court battle over his conscientious objector status. The tour continues with his humanitarian efforts, international outreach and stance as a citizen of the world. The museum’s displays are interactive and multisensory. (www.alicenter.org)

Ali is portrayed on two exterior sides of the Muhammad Ali Center best seen from I-64. One side shows him in a series of boxing poses and on the other side there is a portrait additional murals include “Kentucky Rushmore.”

Ali died in 2016 and his funeral, attended by thousands of mourners, was held in Louisville. He is interred in the 265-acre Cave Hill Cemetery. Visitors should follow signs to the office and then follow the green line on the road to the grave.  (www.Ali75.org)

A unique aspect of a Muhammad Ali Legacy tour in Louisville is the ability to stay in the Muhammad Ali Suite he dedicated in 2001 in the historic Brown Hotel. The 2-bedroom suite is embellished with Ali artifacts, memorabilia and iconic photographs. (www.brownhotel.com)