Immerse Yourself in Atlanta, GA 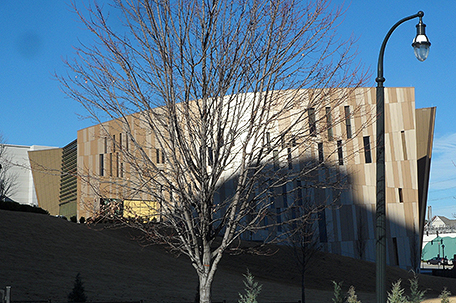 “South of the North, yet north of the South, lies the City of a Hundred Hills, peering out from the shadows of the past into the promise of the future.”  –W.E.B. DuBois

In 2014, the New York Times named Atlanta one of the “52 Places to Go in the World,” continuing a tradition that began in 1837 when the Western & Atlantic Railroad determined their terminus to be in what is present day Atlanta. The area was initially known as Thrasherville, after John Thrasher who settled with rail workers where the Federal Reserve Bank stands today. It was also referred to as Terminus and in 1842 it was renamed Marthasville after the then governor’s daughter. In 1846, they settled on Atlantica-Pacifica and the next year it was officially abbreviated to Atlanta.

By the onset of the Civil War Atlanta was an important southern transportation hub and manufacturing center of wartime supplies. As a result of its crucial role in the Confederacy Sherman’s forces captured the city on September 2, 1864. From there Sherman launched the “march to the sea” that would speed the war to closure and by the end of 1864 Atlanta’s treasury held $1.64.

“Atlanta from the Ashes,” commonly known as “The Phoenix,” is an iconic sculpture that symbolizes the city’s rebirth from the destruction of the Civil War. Gambo Quirino designed the 21-ft. statue of a woman, holding a large bird aloft, to represent the undaunted spirit of the city and its citizens.

Atlanta has attained the status of an international city and maintains its stature by constantly positioning itself on the cutting edge of arts and entertainment as well as offering the finest cuisine, innovative attractions and accommodations in all price ranges. Historic sites are sprinkled throughout the city and tours can be taken by neighborhood or thematically. While many of the sites are free, I recommend the Atlanta CityPass as both a time and money saver.  The pass can result in as much as 46 percent off of admissions to five of Atlanta’s blockbuster attractions plus VIP admission to many of the sites. Passes can be pre-purchased online. www.citypass.com/atlanta

Martin Luther King Jr. National Historic Site is located in the Auburn Historic District. The 22.4-acre complex opened in 1980 to preserve and present King legacy by offering visitors access to both his words and the places that shaped his personality. Travelers can not only visit his birth home but also the church he attended and walk the preserved neighborhood streets of “Sweet Auburn.” www.nps.gov/malu

The Auburn neighborhood was one of the most prominent black neighborhoods in the country at the turn of the 20th-century. It was filled with black businesses and people who modeled all forms of professional and blue-collar industriousness. Alexander Hamilton II, a black builder, constructed the majority of the homes. www.sweetauburn.us

From a vantage point in the Peace Plaza guests can obtain a view of the National Park Service Visitor Center, Ebenezer Baptist Church, his tomb, the MLK Jr.  “I Have a Dream” World Peace Rose Garden, one of five peace gardens in the world, and the 1990 “BEHOLD” monument sculpted by Patrick Morelli. An African birth ritual, as depicted in “Roots,” inspired the statue.

Directly across the street from the sculpture sits the Gothic Ebenezer Baptist Church. A former slave, Reverend John Parker, established the church in 1886. After several moves the Auburn Avenue structure was begun under the pastorate of Adam Daniel Williams. His daughter, Alberta, would marry Martin Luther King Sr. MLK Jr.’s mother, Alberta King, was killed as she played the organ during a Sunday service on June 30, 1974 in the church by Marcus Chenault. Dr. King Jr. was co-pastor with his father from 1960-68.  Tours of the church are offered. www.historicebenezer.org

Dr. King’s body was originally interred in Atlanta’s South View Cemetery in 1968. In 1970 he was moved to a plot of land east of Ebenezer Baptist Church. The white Georgia marble tomb is situated on an island surrounded by a reflecting pool with an Eternal Flame.

The road to Selma began here on January 15, 1929 in a 2-story, 14-room, Queen Anne home built in 1895 and purchased by King’s grandfather in 1906. King Jr. was born and resided here until he was eleven. The Park Service gives free tours daily but reservations are a must.

Pemberton Place® is a 20-acre entertainment and learning complex that houses three of Atlanta’s major attractions arrayed around a green space. The area is named in honor of John Stith Pemberton, inventor of Coca-Cola®. Confederate Lieutenant Colonel Pemberton was severely wounded in the Civil War resulting in an addiction to morphine. Attempts to develop a cure for his addiction led him to create a formula that would later be the foundation of the original Coca-Cola® formula. A life-sized sculpture of the pharmacist and medical chemist is located in the heart of Pemberton Place®.

The World of Coca-Cola® invites visitors to walk around inside the universe that Coke® has created. The 2-level experience begins with a live introduction in The Loft and photo-ops with the oldest artifact, an 1889 dispenser, and the largest, a 16’ tall bottle opener. The room is filled with objects that illustrate the history. A 6-minute film, “Moments of Happiness,” is shown in the theater before visitors embark on a self-guided tour. The newest gallery is the “Vault of the Secret Formula” where the famous formula is secured.

On the second floor a 4-D film is shown and the Perfect Pauses Theater airs the most remembered commercials from around the world. The tour ends in “Taste It,” where more than 55 varieties of Coke® beverages can be tasted and each visitor receives a commemorative bottle of Coke® as they exit into the gift shop. There is always a wait for entrance so I strongly suggest you begin your day here. www.worldofcoca-cola.com

The Georgia Aquarium is both the largest in the world, containing more than 8-million gallons of water, and features more aquatic life than any other aquarium on the continent. The non-profit institution seeks to educate the public bout conservation of aquatic life in six galleries, with scheduled shows and presentations.  An absolute must is attendance at the AT&T Dolphin Tales Show. The presentation can be characterized as a Broadway show with original score and human and dolphin actors. www.georgiaaquarium.org

The United Nations was established on October 24, 1945 as a direct result of the devastation of WWII. At the first session of the General Assembly in 1946 it was decided that a document be drawn up to detail the rights of each individual. Former First Lady Eleanor Roosevelt chaired the group. The Universal Declaration of Human Rights (UDHR) was adopted on December 10, 1948 and serves as a set of guiding principles for determining governmental policies regarding the civil and human rights of the people. These are the same issues that the American Civil Rights Movement continues to press for.

Atlanta’s outstanding, 3-story, 42,000-sq. ft., Center for Civil and Human Rights delineates America’s quest for equal rights, interprets the legacy of America’s Civil Rights Movement and exhibits its interconnectedness with current global human rights issues. The environmentally sensitive Center opened in July of 2014 with state-of-the-art technology and immersive exhibits. Sights and sounds of the movement assault you and put you in the moment.

“Rolls Down Like Water: The American Civil Rights Movement,” the first gallery, enters the Urban South of the 50s via a tunnel and a self-guided chronological tour walks you through the movement. Highlights are a column of 50s television sets broadcasting segregationist rhetoric of the era, videos of protestors and a phenomenal lunch counter experience. Visitors put on headphones and sit on a stool at the counter. Suddenly you are a protestor, voices come at you from both sides and there is banging on the stool. The entire counter is timed so that you can see how long you would last. This section ends as you climb stairs reminiscent of those at the Lorraine Motel. The small gallery at the top of the stairs exhibits documents related to Dr. King’s funeral. This gallery leads into “Spark of Conviction: The Global Human Rights Movement.”

“Voice to the Voiceless: The Morehouse College Martin Luther King, Jr. Collection” is on view on the first floor. This special exhibit rotates King’s personal items and documents. www.civilandhumanrights.org

Whether you are a fan of “The Walking Dead” or not Atlanta Movie Tours’ Big Zombie Tour is for you. Atlanta is one big movie set and the guided tour, while concentrating on “The Walking Dead,” includes information on numerous other movies filmed there. The tour is divided into two parts with part one covering Atlanta locations. Part two takes participants to locations in Senoia, Georgia. The guides are working “zombies” who have acted on the show and they bring the world of the dead to life. There are several photo stops, trivia questions and loads of insider information on plot lines, filming and make-up. The three hour tour begins in Castleberry Hill and reservations are required because there are a lot of zombie hunters out there. www.atlantamovietours.com/big-zombie-tour

Immerse yourself in all that Atlanta has to offer. Plan a visit now. www.atlanta.net

Chef Kevin Sbraga is ringing in the New Year with new additions at Juniper Commons. Patrons can now experience a Champagne and jazz brunch on Sundays from noon until 2 PM beginning January 11th. Featured cocktails include a Smoky Chipotle Bloody Mary and the Clearly Not So Bloody. Reservations are recommended. www.sbragadining.com/juniper-commons

The Year of the Sheep is cause for the 34th annual celebration of Chinese New Year at the Penn Museum on Saturday, January 31st from 11 AM to 4 PM. Special programming will include performances, crafts, calligraphy, museum tours and consultations with Dr. Qingyao Shi on health and wellness. Don’t miss this wonderful cultural event. www.penn.museum.