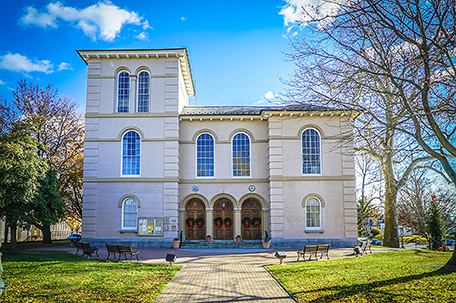 In many ways, Harriet Tubman remains as mythic and elusive as she was more than 150 years ago. The best way to understand her legend is to follow her path. It seems that Tubman was everywhere and functioned in numerous capacities during her 90-odd years. In 1973, She was inducted into the National Women’s Hall of Fame in Humanities and is honored at sites in several states, all within driving distance of Philadelphia. 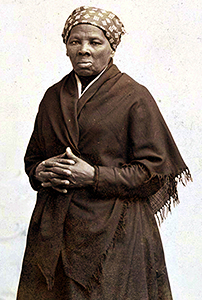 You can begin the Harriet Tubman tour at the waterfront Sailwinds Dorchester County Visitor Center in Cambridge, Maryland. It’s the first stop on the 125-mile, 36-site Harriet Tubman Underground Railroad Byway and goes to the Delaware State Line. (www.visitdorchester.org).

In the 1700s, an Ashanti female captive disembarked at what is probably Long Wharf Park in Cambridge, Maryland now.

The captive, a direct descendant of Harriet Tubman’s, was named “Modesty Green” by her enslaver Atthow Pattison when she appeared on the 600-ft. wharf where ships coming from Africa and the Caribbean unloaded their human cargo. 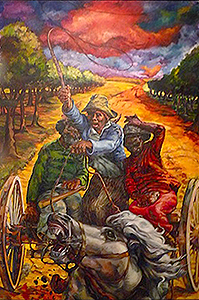 Ashanti or ‘Asante’ means “because of war.” The name would prove to be Tubman’s legacy. Green’s daughter Rit would become the mother of “Araminta”, meaning “the protector.”  Araminta was nicknamed “Minty,” but also would become known as Harriet. (HarrietTubmanbyway.com).

Tubman was born to Rit and Ben Ross, the fifth of nine children, on Anthony Thompson’s farm at Peter’s Neck. Thompson enslaved Ben, a prime timberman. Harriet and her mother were moved to the Brodess Farm when she was very young. Thompson sold three of Harriet’s sisters who then disappeared. 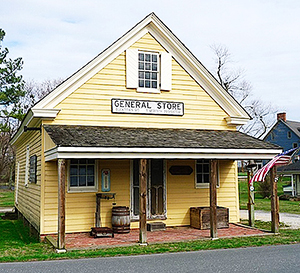 The Bucktown Village Store still stands at the crossroads on Bucktown Road. Tubman was sent to the store to purchase goods in 1834. At the store, an enslaved man being chased by an overseer asked her to help subdue him. Tubman refused. The overseer threw a 2-lb iron weight at the man, hitting Harriet in her head. The severe blow caused her to have seizures, visions and headaches that she interpreted as divine inspiration for the remainder of her life. The story is vividly related at the site with the original items on display. (www.bucktownstore.com).

Cambridge’s Dorchester County Courthouse played a significant role twice in Tubman’s life. She hired a lawyer for $5 to check probate records for her freedom because her mother was to have been freed at the age of 45, only to find that the previous owner’s will had been ignored. After her escape in 1850, her niece Kessiah Bowley and her two children were to be sold on the courthouse steps. Tubman arranged for Bowley and the children to escape to Philadelphia with the assistance of Kessiah’s husband. 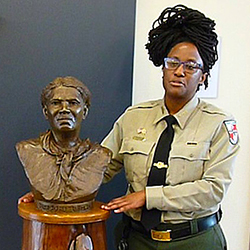 Tubman was hired out from the age of 6 to various owners. Her jobs allowed her to understand the terrain and interact with both the free and enslaved. From 1810 through 1832, Black individuals, both slave and free, hand-dug the 7-mile Joseph Stewart Canal to move timber and goods to neighboring areas. Tubman was known to leave messages with a free Black individual living near the canal.

The Choptank River Heritage Center is situated in what was once known as Chesapeake Station where “Black Jacks”– African American seamen — would dock. Abolitionists of all races worked with mariners to facilitate Underground Railroad (UGRR) escapes. The center does a great job of relating their stories. (www.dentonmaryland.com).

Blackwater National Wildlife Refuge is the 28,000-mile “Everglades of the North.” It is a stop on the Atlantic Flyway and the 4-mile drive teems with wildlife. The area’s marshes were known to have been hiding places for freedom seekers and still look the same. (www.fws.gov/refuge/blackwater). 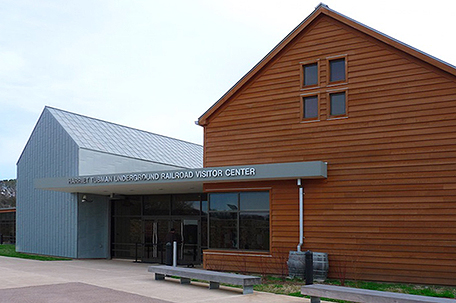 Water-powered grist and sawmills operated at Linchester Mill from the 1680s through 1979. This would have been a place where people gathered and passed information. Tours of the mill are available and the original equipment is on display.

In 1844, Harriet wed John Tubman, a free Black man who refused to escape with her. She made her escape to Philadelphia in 1849, fearing she might be sold. She returned for John in 1851, but found him remarried. By 1852, she had returned to free people several times, causing the state of Maryland to issue a $12,000 bounty on Tubman. The slave owners offered $40,000. One of Tubman’s most daring rescues was that of her parents in 1857, when her father Ben’s arrest for UGRR involvement was imminent. She made her 19th trip in 1860 after emancipating an estimated 300 individuals.

The Seaford Museum recounts the area’s history, beginning with the Nanticoke Indians. There are also excellent exhibits on Black Jack and Tubman’s 1856 “Tilly Rescue.” The museum sponsors walking tours following the path of Tilly’s bold escape with Tubman. (www.seafordhistoricalsociety.com). 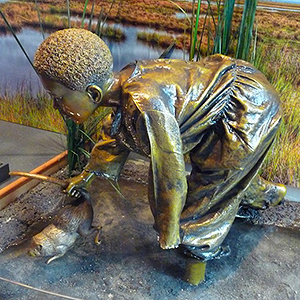 The $22 million, 10,000-sq. ft., Harriet Tubman Underground Railroad State Park and Visitor Center is a 17-acre facility worthy of her legend. It recounts her life and concentrates on her years on the Eastern Shore, blending film, sculpture, dioramas, art and interpretive materials that place visitors at the scene. (www.nps.gov/hatu/planyourvisit).

During the Civil War, Tubman served as a cook, a nurse, a scout and also led a spy mission at the request of the governor of Massachusetts in 1863. The information gained ultimately led to a successful raid and the freeing of even more slaves. At war’s end, after a long battle, she was awarded a monthly $20.00 pension based on her war service in 1889.

Tubman continued to work for women’s rights and civil rights until her death. She established a home for the elderly and recent research indicates that she worked with abused women.

As she aged, her brain injury caused unrelenting pain and she underwent surgery in Boston’s Massachusetts General Hospital without anesthesia. In 1911, she was admitted to the home for the elderly she had established and on March 10, 1913 she died of pneumonia. She was interred, with military honors, at Fort Hill Cemetery in Albany, New York.

“Tubman Travels” by Jim Duffy outlines 32 Underground Railroad journeys on Delmarva and is an outstanding resource for this trip.