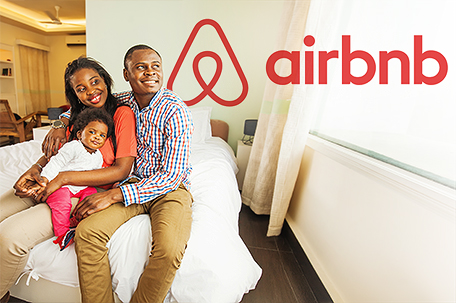 When I was asked by Airbnb to lead their effort to fight discrimination and bias, I was skeptical. After spending decades fighting for the protection and advancement civil rights and civil liberties, I’ve seen many companies merely pay lip service to addressing these issues. 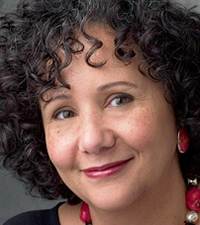 I also wondered how one single company could have a real impact on racial discrimination. The sad truth is that bias is deeply embedded in our culture, especially in the area of housing and public accommodations. Laws designed to prevent housing discrimination are unevenly enforced, and it remains a persistent civil rights challenge in many communities.

My time serving as the District of Columbia’s first Director of Tourism left me all too familiar with the tactics used by hotels, restaurants and tour companies to ignore or even facilitate racial discrimination. And as an African American woman, I also grew up feeling the sting of racial bias. I still remember my parents’ stories about The Negro Motorist Green Book and how Black families had to stay with other Black families when Jim Crow laws encouraged most hotels to deny accommodations to Black travelers.

Given that context, was it realistic to expect Airbnb to surpass others in the travel and lodging business and be a leader in overcoming entrenched industry practices and widespread bias?

What initially persuaded me that change is possible at Airbnb was my first conversation with Airbnb’s CEO Brian Chesky. “Airbnb will never be able to fulfill its mission without seriously combating discrimination on its platform. We must solve this,” he said. I knew that only with such determination and commitment from the CEO and others at the highest levels would real institutional change be possible.

Brian was also forthright in admitting that his company was slow to address these problems. He and his cofounders, Joe Gebbia and Nate Blecharczyk, started Airbnb with the best of intentions, but he agreed that there was an unacceptable lack of urgency to his previous attempts to address it, and vowed that such unconsciousness will not happen again.

So I, along with key senior leaders at Airbnb began a process designed to be as rigorous, comprehensive and inclusive as possible. In addition to Airbnb’s management team, I held conversations with employees at every level of the company. Some of them had already created informal working groups to identify possible solutions. We also held consultations with hosts and victims of discrimination. Nearly all of them wanted to use the site again, and for many, Airbnb remains an important source of supplemental income.

The thing that struck me the most was that employees recognized this as a problem they had to solve across the whole of Airbnb, rather than putting the full responsibility on users to self-police or raise it to their attention.

As part of this journey I brought in experts including former Attorney General Eric Holder and Harvard professor Dr. Robert Livingston to get their input, as well as over 20 civil rights organizations and leaders who have thoroughly explored the advancement of civil rights in the sharing economy. Airbnb also engaged with federal and state regulatory agencies, who encouraged them to be proactive. They worked with elected officials who have been fighting for civil rights in this country for decades, and who act as an important barometer of consumer concern when they hear from constituents about incidents of discrimination or bias.

These individuals and organizations provided invaluable input that formed the basis for my report, Airbnb’s Work to Fight Discrimination and Build Inclusion, and the aggressive policy and platform changes Airbnb will adopt.

Everyone who uses Airbnb will be subject to a more robust and stringent non-discrimination policy and will have to commit to treat fellow users with respect. They have also hired a full-time team of engineers, designers, data scientists and more whose sole job is to work on rooting out discrimination where it happens, and preventing it from happening again.

In the meantime, Airbnb has also created a smarter, more efficient system of customer service staff who can help users who might still experience discrimination and make sure their requests are dealt with quickly and effectively. Airbnb is also introducing “Open Doors” — if a guest experiences discrimination, Airbnb will investigate the situation right away, taking appropriate action and help ensure the guest has a place to stay. In addition, Airbnb will offer new training to help hosts learn to fight bias, and as the program develops they’ll work to highlight hosts who have completed this training. These are strong and aggressive changes that will make a real difference for everyone who uses Airbnb.

Fighting bias is an ongoing task that requires constant vigilance from all of us, and the civil rights community and I intend to hold Airbnb to their commitments. These changes are merely a first step, and Airbnb understands that no one company can eliminate racism and discrimination, but it has vowed to do its part.

I believe they will be successful, not just because of what I have witnessed over the past three months, but because solving this problem is crucial to fulfilling their mission. Airbnb is a company founded on the idea that the world is becoming a more sharing and inclusive place, and they intend to do their part in bringing more of us together.

Laura W. Murphy is President of Laura Murphy & Associates. She is an influential national civil liberties and civil rights leader and a consummate policy strategist. She brings more than 35 years of experience in government and advocacy, including 17 years as Director of the ACLU Legislative Office where she advanced legislation on free speech, criminal justice reform, national security, reproductive rights, LGBT and civil rights, and Internet privacy before Congress and the White House. Murphy serves as a senior advisor to Airbnb, helping the home-sharing company update its policies and leading its efforts against discrimination on its platform.