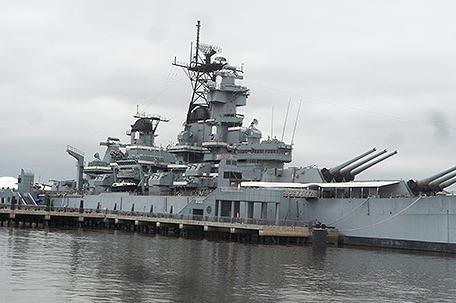 “Do anything, but let it produce joy.”

Europeans first occupied the territory that is now New Jersey around 1623 when the Dutch established Fort Nassau as part of their New Netherlands colony. Forty-one years later, the Dutch ceded the land to the British. In 1673, the Dutch made a futile attempt to recover the Colony. It remained English.

The Coopers, Quakers who arrived with William Penn, were the first to settle in Camden, followed rapidly by Irish Quakers seeking relief from religious persecution in the 1680s. They chose as a site for their settlement along the eastern side of the Delaware River. The land was within view of Philadelphia and near both the Pennsauken and Timber Creeks. The village was originally known as Cooper’s Ferries because of the number and Importance of the ferries that facilitated transport and linked Philadelphia and other nearby Jersey towns. Jacob Cooper developed a street plan and parceled out 160 lots for sale in 1773. That same year the town was named after Charles Pratt, First Earl of Camden. He was so honored because as Lord Chancellor of Great Britain he backed the colonist’s position that there should be no taxation without representation. Camden was incorporated as a city in 1828. www.visitnj.org/camden

The 1770s were an eventful time in the Camden area. One of the earliest documented American robbery-homicides occurred near Cooper’s Ferry in May of 1772. Elizabeth Knight, a woman who lived alone and supported herself by baking, was found beaten and her home thoroughly ransacked. The crime was so heinous that the governor offered a $50-pound reward, approximately $1,000 in current value.

In 1776, Camden became a victim of regional British occupation and partisan politics. According to accounts of the day, “Bodies have been found in the Jersies hanging on Trees.” State Governor William Livingston met with the legislature in January of 1777 to assess the damage. He found that the Continental Army and Pennsylvania Militia destroyed boats and bridges in an effort to prevent the enemy from crossing into Philadelphia. Livingston demanded payment from the army or Pennsylvania. Nearly 180 years later Pennsylvania did pay half of the cost, $37,103,765.42, of the Delaware River Bridge, renamed the Benjamin Franklin Bridge in 1956.

New Jersey was torn, as were all the states during the Civil War, but South Jersey’s Quakers voted strongly for Lincoln. In 1846 Jersey had been the final northern state to emancipate its slaves and Lincoln, in hopes of securing the state to the Union cause, stopped on route to Washington, DC in 1861 to gather support. Although Jersey sent 88,000 men in 52 regiments to fight none were black, instead, nearly 3,000 African Americans crossed the Delaware to Philadelphia to enlist in Union forces. By 1865, more than 6,300 men had died.

The city of Camden set aside land for the erection of a monument, the Civil War Soldiers’ Monument, to memorialize Camden County men died in the war. The monument cost $5,500, is 39.5-feet tall, weighs 47-tons and is carved of granite. It was dedicated in 1873.

The premier American poet of the mid-1800s was Walt Whitman and although he was born in New Yorkin 1814, an important part of his story takes place in Camden. Whitman is probably most famous today for his elegiac poems honoring President Abraham Lincoln, “When Lilacs Last in the Dooryard Bloom’d” and “O Captain! My Captain!” www.poemhunter.com/walt-whitman

In 1862, Walt’s brother George was wounded in the Battle of Fredericksburg and he went to nurse him back to health. Whitman left Virginia by train in 1863 and on the journey he wrote letters for the soldiers, treated their wounds and generally cared for them. Upon reaching Washington he made the decision to remain and serve as a male nurse for the remainder of the war. After the war he worked for the government until forced to leave in 1873 after suffering a stroke, and move to Camden to live with his brother on Stevens Street. Whitman never fully recovered but he continued to write.

George moved his family from the city to a farm in 1884 but Walt refused to accompany them. Instead, he purchased an 1848 frame house on 330 Mickle Boulevard, now Martin Luther King Jr. Boulevard. He paid $1,750 for the two-story house, hired a widow, Mary Davis, as housekeeper, and he and his dog took up residence. He was known to sit in the window to interact with neighbors and was often visited by his numerous admirers including Oscar Wilde.

A second stroke in 1888 debilitated him further and in 1891, acutely aware of his mortality, he began designing his tomb. He died on March 26, 1892. His viewing was held on Mickle Street and more than 3,000 people filed through his doors. He is interred, along with other family members in a mausoleum in Camden’s Harleigh Cemetery.

The state owns Whitman’s home and the two adjacent 1850s, three story, brick houses. The three sites are part of a complex that includes a library, visitor’s center and his home. His home is open for guided tours on a limited schedule. It contains numerous personal items, including his deathbed and his iconic Stetson hat. Directly in front of the house you can still see his original steppingstone. The stone was used to assist entry into the horse-drawn buggy that was a gift from his fans. The house is listed as a New Jersey State Historic Site. Both the tomb and the house can be visited. Call ahead for hours. www.nj.gov/dep/parksandforests/historic/whitman

Whitman had a great love of Camden because in his time it was still rural enough for him to experience nature and yet it was close to the much more cosmopolitan Philadelphia. One of his pleasures was the ferry ride between the two cities, a pleasure visitors can still experience from May – September. Scheduled crossings aboard the double-decker ferry boat travel from Penn’s Landing to the Camden Waterfront. www.riverlinkferry.org

Walt Whitman would not recognize Camden’s Waterfront today but he would love it no less than he did more than 140-years ago. The 1.3-mile promenade is filled with walkways, green spaces, panoramic view locations and family entertainment venues. The ferry docks right in the heart of the action and parking lots are available for those who make the 5-minute drive from Philadelphia.

One year after Japan attacked Pearl Harbor the Philadelphia Naval Yard launched BB62. The ship, the 3rd Battleship New Jersey, was decommissioned on February 8, 1991. On September 12, 1999 she began her month long trip home. During its tenure, the ship saw service in WWII, Korea and Vietnam, becoming the most decorated battleship in U.S. Naval history. The Battleship New Jersey opened as a museum in October 2001 to retell its story and serve as a monument to those who gallantly served. Tours are offered as well as immersive activities including sleepovers and educational activities. www.battleshipnewjersey.org

In 2013 the Travel Channel deemed Camden’s Adventure Aquarium both one of the two best aquariums on this coast and one of the best aquariums nationally.  The New Jersey Academy for Aquatic Sciences opened in 1992. The original facility underwent constant alterations and thematic changes until it was closed in 2004 for complete redevelopment and expansion. It reopened in 2005 as Adventure Aquarium.

The 2-million gallon aquarium exhibits more than 8,500 aquatic species. Two of their singular showcases are Shark Tunnel and a Great Hammerhead shark. Adventure Aquarium is the sole aquarium in the US to exhibit Hammerheads and it boasts the largest collection of sharks on the East Coast. There are four Adventure Zones and seven touch experiences that include Touch-A-Shark. In Adventure Zone B visitors can enjoy a movie in the 4D Theater.

Button and Genny, the aquarium’s two divas, have new million dollar digs in Adventure Zone D. Hippo Haven replicates the animals natural habitat and visitors can immerse themselves in the sound and light experience of watching them cavort at an African waterhole on three distinct levels. There is an elevated platform that allows an aerial view of the both the water and the rest of the habitat, at ground level you are only inches away from Genny and Button and perhaps the most exciting area, the 10-ft. high, 60,000-gallon, tank that affords guests a chance to watch their underwater behavior. Hippos are not buoyant and cannot swim. They walk along the bottom of shallow waters. Hippo Haven is the only indoor hippo exhibition in the nation.

Hippopotamus is Greek for “river horse.” DNA testing has proven that their closest relatives are whales and dolphins and they were originally found in Europe and Africa. Today they are endangered and are only found in Central Africa. As the third largest land mammal, traveling at speeds of up to 19-mph, they have few natural predators including man. They travel in pods of 15 to 30 to protect the young and stay in the water about 16 hours per day.

Genny and Button are both female males usually weigh twice as much, and they are both trained but not tame. Genny, the youngest, weighs 4,000-lbs, Button weighs 3,000.  They were obtained as a pair from Florida’s Walt Disney Company’s Animal Kingdom.

Poachers pose the biggest threat to the hippo population. They are killed for their ivory teeth. Money raised by the aquarium helps support the Turgwe Hippo Trust in Zimbabwe. www.savethehippos.info

Genny and Button will steal your heart. They have discernably different personalities and Button has a pinker tone but as a mark of true “divadom” they will pose for photos. www.adventureaquarium.com

There is real adventure waiting right across the bridge.

The Rittenhouse Hotel, Philadelphia’s premiere luxury hotel, will be celebrating its 25th anniversary for the entire summer. Visitors will get to enjoy the $10-million revitalization in both old and new spaces. Executive Chef Jon Cichon will be presenting a gourmet Father’s Day Bourbon Brunch menu at Lacroix showcasing a Barrel Aged Cocktail and Bourbon Glazed Pork Shoulder among other outstanding offerings. Complete information on events and menus is available online. www.RittenhouseHotel.com

An increasing number of travelers are recognizing the need for insurance protection and just in time to meet this need April Travel Protection has launched April Choice on Squaremouth. The international insurance company’s U.S. division will offer both customizable and pre-packaged plans. Travelers select from a menu of options only the coverage they need. Concierge and Travel Assistance Services are included with every U.S. policy. www.AprilTravelProtection.com and www.squaremouth.com

JET Magazine has been an icon in the African American community since 1951. This month will mark the end of an era and the beginning of a new one. The final print issue of JET will be available on newsstands on June 9th and on June 30th the JET app will be launched. The final print issue will pay homage to 63-years of journalism and the music, events and people that altered our world. This issue will include a tribute from President Barack Obama and First Lady Michelle Obama and is certain to become a collector’s item. Remember, “If it isn’t in JET, it didn’t happen.” www.JETmag.com