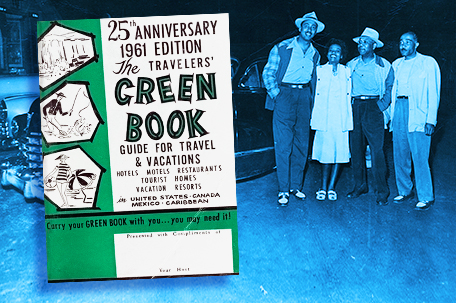 In 2019, it is hard to comprehend how African-Americans — from everyday citizens to world-renowned entertainers and VIPs — had to circumnavigate a legally segregated nation in order to do something as commonplace as find a restroom they could use, a restaurant that would serve them or a place to lay their head while traveling.

Even in cities and towns where they were not legally subjected to Jim Crow laws, they had to adhere to the rules of de facto segregation – that is, segregation by custom.

African-Americans had to constantly invent ways to function under these circumstances.

Comcast, the Smithsonian Channel and the African American Museum in Philadelphia hosted a private screening of the upcoming documentary, “The Green Book: Guide to Freedom” at the museum, located at 701 Arch Street, on February 6. The film is scheduled to air on the Smithsonian Channel on Monday, February 25 at 8:00pm as part of its Black History Month programming.

The film tells the story of Victor H. Green’s historic travel guide that allowed African-Americans to safely tour the country during this tumultuous time period in America’s history. Directed by acclaimed documentarian Yoruba Richen, the filmmaker behind “The New Black”, this riveting documentary — which contains many firsthand accounts — looks at the daily realities that African-Americans faced on the road.

“For better and worse, many moments in the film resonate today – White supremacy continues. So do resilience, ingenuity and determination,” Golden told the audience prior to the screening.

The Green Book in its Heyday

For 30 years, the Green Book was an essential tool for African-American travelers and the businesses that catered to them, in addition to some of the other important information needed to ensure a safe, seamless, and hopefully incident free trip.

Victor Green — a postal worker from Harlem — was frustrated by the fact that its thriving African-American community was subject to blatant de facto segregation in their own neighborhood. At venues like the famous Cotton Club, performers and staff were allowed to work, but not allowed to sit in the audience. Many hotels, restaurants and other establishments were also off limits. African-Americans needed some type of guidance when it came to identifying places where their business was welcome.

In 1936, Green published the first edition of the Negro Motorists’ Green Book (which in later editions became the Negro Travelers’ Green Book) beginning with a focus on businesses in Harlem. In the years that followed, that focus was expanded to include over 9,500 businesses throughout the country and abroad. Eventually over 15,000 copies of the Green Book were printed each year.

Green utilized a national network of Black postal workers to help identify welcoming businesses and to encourage them to advertise in the guide. They were also critical members of his distribution team.

As economic opportunities grew in metropolitan areas like Detroit, and barriers to other professions like medicine and law began to fall, disposable income and the opportunity to enjoy it rose. Car ownership also rose. The Green Book was an indispensable tool during those years.

At least one major corporation — Esso Standard Oil — took notice. They hired two Black marketing executives, an unprecedented business move in those days. One of those executives, James Jackson, signed an agreement with Green to distribute and promote the guide.

Because the majority of the nation’s beaches, pools and other popular vacation amenities were segregated in some form, African Americans began opening their own resorts and facilities. In 1948, a travel service feature was added to the Green Book, where readers were able to book their vacations ahead of time.

“Victor Green knew that there were enough people in the country who would not only use this guide for safety, but wanted this guide for pleasure,” author Candacy Taylor said in the film. “So, he knew his market. He was a businessman.”

African-American owned entities such as Murray’s Dude Ranch in California and resort towns like Idlewild in Michigan — one of the largest resort communities in the Midwest during its peak in the 1950s — and areas like Chicken Bone Beach in Atlantic City were elevated in part due to their listings in the guide. They all provided a 5 star, first class experience for their visitors.

Many of the businesses were run by successful Black women entrepreneurs. Descendants of some of those visionary women are featured prominently throughout the documentary. They worked hard in other positions, then saved and invested that money into their own enterprises.

Eventually, the Green Book added an international travel section with listings in the Caribbean, Mexico and Canada, while some states, like North Dakota, had no listings.

One particularly pernicious obstacle African-Americans had to face while traveling was the sundown town.

Sundown towns were largely located in the North, Midwest and points west. There was usually a warning bell rung or whistle blown around 6pm or a sign posted at the entrance into these towns. The sign always contained a menacing message aimed specifically at African-Americans like, “Don’t let the sun go down on you here.” This included merely driving through them. The Green Book mapped out in where they were in detail.

“These were not idle threats,” Marquette Folley of the Smithsonian Institution said in the film. “If you were in that town at a particular time, you could have harm laid on your head; you could actually be lynched.”

On Route 66 alone — which stretched from Chicago to Los Angeles — 44 out of 89 counties contained sundown towns, and there were few facilities for African-American travelers to eat, go to the bathroom or rest.

The End of an Era

During the Civil Rights Movements, some African American facilities like the A.G. Gaston Motel in Birmingham became base camp and headquarters for activists and leaders as they traveled throughout the country, especially in the South. A legal section was added to the guide at this time.

“It becomes a much more political guide at that time,” Taylor said. “Right when you open it up, it says “Know Your Rights”, and it goes state by state, listing what the law is here, what your rights are if you feel you’ve been discriminated against and who to go to.”

However, things began to change drastically after the passage of the Civil Rights Act of 1964, which ended legal segregation in public facilities, among other things. Business began to fall away as African Americans began to explore other areas previously closed to them.

The Green Book contained more than 9,500 listings over its 30 years of publication; only about one third of those sites are still standing. There are active preservation efforts underway to help save these historic properties, many in a state of extreme disrepair.

“Preservation isn’t only about telling the full American history.” Brent Leggs of the National Trust for Historic Preservation said. “It’s about economic development. It’s a tool for justice equity, so we want to harness the full power of these places to be able to empower Black Americans and our entire nation.”

Victor Green died in 1960. The last edition of the Green Book was published in 1967.

During the session that immediately followed the screening, the panelists spoke at length about the film — which was an international project, years in the making — what they hope that viewers learn from it. The audience was then invited to reflect upon the documentary, share their personal recollections, if any, of the Green Book and about their travel experiences during that time.

Audience member Donald Scott recalled when his family took a trip to California from Norfolk, Virginia.