Bahamas Back in Business 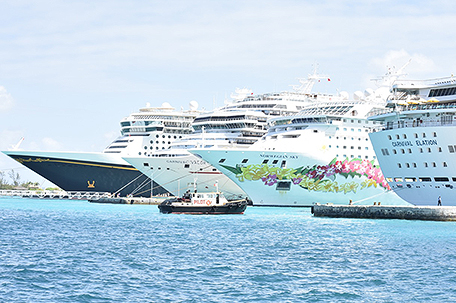 ABOVE PHOTO: by Kemuel Stubbs

Visitors arrive to most islands as services return to normal

NASSAU, Bahamas- It is business as usual for hotels, resorts, dive operations and tours throughout much of The Islands of The Bahamas following the passage of Hurricane Matthew last week.

Following the all clear issued by the National Emergency Management Agency (NEMA) last Friday, the majority of businesses in the tourism industry in The Bahamas resumed operations, and the Bahamas Ministry of Tourism (BMOT) is sending the message out to the world that many islands in The Bahamas are open for business.

BMOT representatives throughout the Islands of The Bahamas conducted assessments of the tourism product immediately following Friday’s all clear signal.

The Port of Nassau opened on Sunday and cruise ship passengers continue to enjoy the beautiful beaches of The Bahamas and shopping in downtown Nassau. Airports in the country opened on Saturday, welcoming thousands of visitors into the country.

“We are welcoming visitors to many of our beautiful islands with open arms and are happy to report that the storm did not discourage travelers from taking their Bahamas vacations as planned. We continue to receive well wishes and inquiries from visitors who are eager to explore our destination,” Director General in the Ministry of Tourism Joy Jibrilu said.

“As the country begins to settle back into normalcy, we will stand and assist with rebuilding exercises on the areas that are affected. Our industry partners, visitors and friends of The Bahamas are also offering to assist with our efforts to return the tourism industry to its full potential.”

On Exuma, there were reports of minimal damage around the island to resorts, tourist attractions and properties. The world famous swimming pigs are also doing well and are hungry as always. However, Sandals Emerald Bay Golf, Tennis and Spa Resort requires more extensive repairs than initially reported. The resort will close for repairs once the last guest has checked out and will reopen on December 15, 2016.

There were no reports of major damage on Eleuthera either. The beaches on the island remain as beautiful as ever and the Glass Window Bridge is intact.

San Salvador also reported minimal damage. All of the hotels and resorts on the island reported minor landscaping damage and are either already open for business or are preparing to open as scheduled for the busy tourism season.

On Long Island, there were no reports of major damage on hotels and resorts on the island. The Stella Marris Resort and Cape Santa Maria are in good condition and preparing to open. 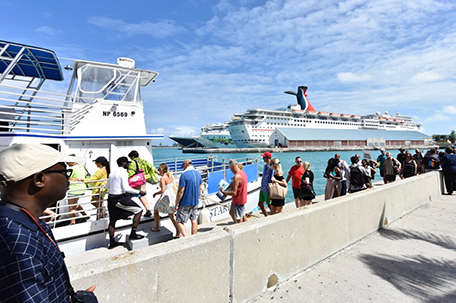 On Abaco, the island’s resorts were left relatively unscathed by Hurricane Matthew. Many of the resorts are either open or preparing to open as scheduled.

The Berry Islands had no major damage to report. Calls to Norwegian Cruise Lines’ private island, Great Stirrup Cay were not affected by the storm as that island is undergoing renovation until October 22. A team from that cruise line will assess the island and provide an update upon completion.

Royal Caribbean’s private island CoCo Cay will welcome passengers back on Saturday, October 15, when Enchantment of the Seas makes its scheduled call. The island sustained mostly cosmetic damage during the storm.

Bimini was also spared from the ravages of the storm and many on the island are grateful. 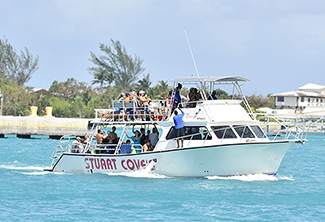 “We know that this storm has been devastating for Grand Bahama and North Andros and our thoughts, prayers and good wishes go out to the people of those affected areas,” said Director General of the Bahamas Ministry of Tourism Joy Jibrilu.

“While we are happy to report that the tourism industry is back to normal on the majority of our islands, we are not ignoring that it will take a lot of work to restore the industries on those islands that were affected by Matthew.”

While New Providence was impacted by Hurricane Matthew many of the resorts are open. Atlantis remained opened during the storm and reported minimal damage to its property, as did Breezes, the British Colonial Hilton, Melia Nassau Beach Resort among many others. Blue Lagoon Island is open for business and welcomed guests to the island on Monday to enjoy the beautiful beach. Sea lion and stingray encounters and the Segway Safari will open on Wednesday, October 12.

The Bahamas Diving Association reported that all of the dive operations in the country have resumed and started servicing guests in Abaco, Bimini and New Providence as early as Saturday.

The Bahamas Hotel and Tourism Association (BHTA), which is collating information from hotels, reported that thus far “most properties throughout the Islands of the Bahamas suffered relatively minor damage, with the exception of properties in Grand Bahama and Andros”.

“Most hotels in the Bahamas are open for business. Some hotels which are closed at this time to conduct regularly scheduled maintenance, are taking advantage of this period to repair any damage incurred during the Hurricane,” the BHTA said in a statement.

The Ministry of Tourism encourages anyone wishing to donate or assist in relief to contact NEMA at 242-322-6731 or the Bahamas Red Cross at bahamasredcross.com or 242-323-7370.