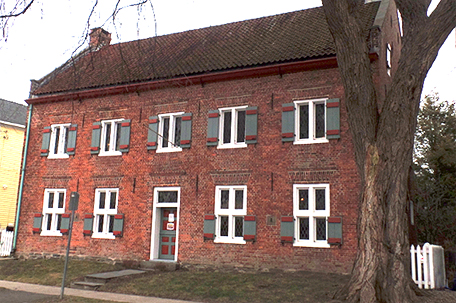 The Dutch West India Company (DWIC) was founded to monopolize Dutch trade in 1621. They desired to control New Netherlands (New York) and in that year they sent settlers to construct Fort Orange in what is now Albany to establish a presence that would keep other nations away. Labor was needed and by 1655 the DWIC, who initially owned all the slaves in the colony held 150 slaves and a number of freedmen. nycgo.com

Settlement north of New York City was slow and to spur growth “patroonships” were offered. These huge land grants were given to private individuals to rent land to tenant farmers. Under the Dutch, blacks had rights including land ownership. In 1664, the British took over, actively promoted the slave trade and made New York the North’s largest slave state. Albany, the oldest chartered city in the country, was at the heart of the colonial Dutch world. #discoveralbany and Albany.org

Crailo State Historic Site is the only museum dedicated to the presentation of 17th-century Upper Hudson Valley Dutch culture. The farm was once part of the million-acre Patroonship of Rensselaerswyck. The home was built in 1707 and named after an estate in the Netherlands. Highlights of the guided house tour are the defensive gun ports, the kitchen and the main exhibition area that replicates the living space and features everyday objects. It is believed that “Yankee Doodle” was written here in 1755.

“A Dishonorable Trade: Human Trafficking in the Dutch Atlantic World” is a temporary exhibit currently on view that is spectacular, comprehensive and unique. Spread throughout a number of galleries the exhibition takes visitors from Africa into the 17th-century world of Dutch slavery. Interpretive panels and artifacts advance our understanding of this aspect of history. 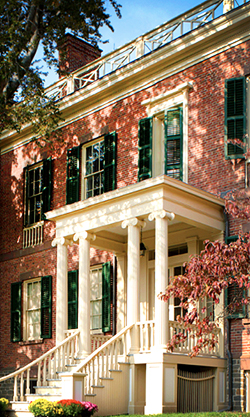 In 1797 construction began on the Ten Broeck Mansion. The Federal home was remodeled over the years with most of the furnishings being in the Greek Revival-style. The largest number of slaves ever held here was 19 and their stories are part of the tour. The most interesting is that of Suzanne who was freed but had to give one day’s free labor weekly. Highlights include the original Federal spiral staircase and a newly discovered wine cellar.

The bricked up wine cellar was found when work was being done. It is filled with bottles including an 1878 Rothschild. The culmination of the tour is a peek inside where many of the bottles are still in the packing straw casings. tenbroeckmansion.org and @TenBroeckACHA

Stephen And Harriet Meyers were prominent black figures in Albany. Stephen, a former slave, and his wife were instrumental in the abolitionist movement, the UGRR and the founding of several newspapers from the 1830s to 1850s. Their 1850s residence has been documented as a meeting place for the Vigilance Committee and haven for more than 550 fugitives. Tours of the three story home can be arranged while the home is being restored. @URHPCR

Recently the role of America’s waterways in Underground Railroad history has begun to be explored. The construction of the Erie Canal changed the history of New York and took on importance for African Americans both enslaved and free.  The canal connects with the Hudson River in Albany and was part of the UGRR route that Frederick Douglass used most often. The Erie Canalway National Heritage Corridor is 524-miles long, includes four canals and is listed on the National Register.

Chittenango Landing Canal Boat Museum offers visitors an interactive look into life in a canal town and aboard a canal boat. This was once a three bay dry dock facility where supplies were taken on and boats were repaired. Tours begin with a 5-minute video and proceed to the exterior sites. The site is listed on the Haunted History Trail of New York State. 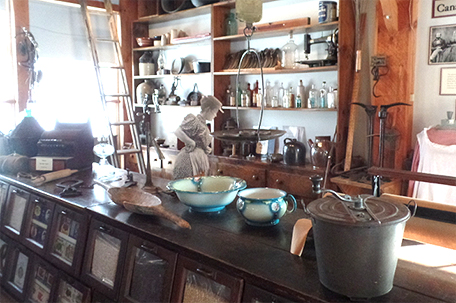 African Americans worked on the boats, in the docks and settled in the villages. There are documented cases of passengers informing slaves on board boats that they are free under NY law and urging them to flee. The most infamous incident aboard a boat is that of the 1850 passage of the black Harris Family on route to Canada, The family was so harassed that the wife jumped overboard with her baby. She was rescued but the baby died. The husband was put off the boat with a cut throat and walked beside it for 20-miles prior to being rescued by an abolitionist. Eventually the crew was arrested, tried and fined. canalboatlandingmuseum.com

Chittenango is referred to as the “Birthplace of Oz” and a yellow brick sidewalk, reminiscent of the iconic yellow brick road, runs downtown. Step off the road and into All Things Oz, a marvelous museum featuring more than 1,000 Oz related objects. While telling a tale of his newly created world author Frank Baum was asked what it was called. Glancing around the room he saw a file cabinet marked O-Z and quickly seized upon the name. The museum pays homage to all the film versions as well as Broadway’s The Wiz and there are displays of memorabilia, costumes and collectibles including André de Shields unique red production tee shirt. Baum’s Bazaar gift shop is outstanding and it really does offer “all things Oz.” allthingsoz.org

Annually during the first weekend of June Oz-Stravaganza! Is held in the village. The highlight of the weekend festival is a parade that features stars from the films and Broadway. oz-stravaganza.com

You can ease on down the road to another fantasy fulfilling homage to “The Wizard of Oz,” the $20-million Yellow Brick Road Casino. This boutique casino offers 14 table games, more than 200 slots, is completely non-smoking and is designed thematically around The Wizard of Oz.

Registration is now open for the Penn Museum’s summer camp, “Anthropologists in the Making.” Weekly themes are offered from June 27–August 19. penn.museum/camp