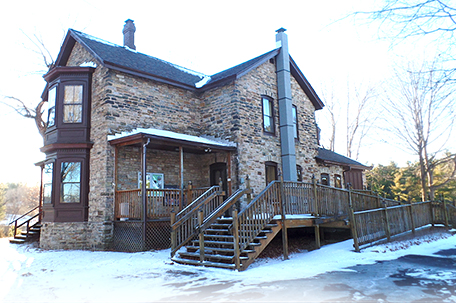 “Could be called a ‘conductor’ on the underground railway, only we didn’t call it that then. I din’t know as we called it anything—we just knew there was a lot of slaves always a-wantin’ to get free, and I had to help ‘em.”

In 1613, what is believed to be the first permanent settler in New Netherlands, now New York City, was put ashore from a Dutch sailing ship. Jan Rodrigues, a free man of color from Santo Domingo carried with him tools and provisions and was tasked with establishing trade with the Indians for the Dutch. His presence is documented because the following year legal problems arose with fur traders. Rodrigues married a native and when the Dutch returned for him he chose to stay and establish his own trading post. In commemoration in 2012 Broadway between 158th and 218th Streets was designated Juan Rodriguez Way. nycgo.com

From Native American, Dutch and African trading roots grew a city, and eventually a state, populated with independent, freethinking individuals from a wide variety of countries and ethnicities. Their origins shaped policies on settlement, enslavement, protest and abolition for the next 250-years and beyond.

People of color always played a significant role in New York and nowhere were they and their actions more important than on the Adirondack Coast. The number of existing sites associated with interactions with blacks there is overwhelming but with a little effort and selectivity visitors can craft a journey into some unique and, in some cases little known, aspects of the American experience. visitadirondacks.com

Champlain claimed Plattsburgh, New York, originally settled by the Mohawk and Mohican Indians, for France in 1609. Traders passed through the area, but it was not until the French ceded the land to the British in 1763 that the region was fully explored and Zephaniah Platt established a settlement in 1785. A Heritage Trail and Birding Trail have been created and are available to visitors. cityofplattsburgh-ny.gov 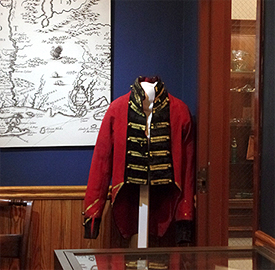 The Clinton County Historical Museum sets the tone for any visit to the area. The museum provides an overview of regional history from pre-colonial times. This small gem relates the big picture through the telling of “small” stories brought to life through artifacts, documents and paintings. Highlights of a visit include information on the 80-100 slaves who accompanied the original settlers, a diorama of the Battle of Plattsburgh and tales of Plattsburgh’s 1838 Stone Barracks and Hospital Building, the nation’s first hospital to treat shell shock (PTSD). Clintoncountyhistorical.org and @CCHA_MUSEUM

The Federal Kent DeLord House was constructed in 1797 for William Bailey. The house and 3-acres were purchased in 1811 by Henry DeLord and remained in the family until 1913. The British occupied the house during the Battle of Plattsburgh in 1814. Guided tours of the house showcase furniture, priceless portraits including a 15th-century Dutch painting and 140 pieces of Canton china. The house is the oldest structure in the city. kentdelordhouse.org

A monument honoring Samuel de Champlain is located on the shoreline across from the house. The 12-ft. statue is located in a park and the Riverwalk Trail begins at the monument.

Babbie Rural & Farm Learning Museum is so filled with treasures that you should be prepared to spend a few hours there. This 20-site complex interprets rural farm life in the 18th to early 20th-centuries through demonstrations and interactive experiences using original antiques. Festivals and educational programs are regularly scheduled. babbiemuseum.org

A chasm is a gap in a vertical canyon between steep walls and a perfect and accessible example of this phenomenal formation is Ausable Cavern. The Potsdam Sandstone, a 2-mile chasm first viewed by Europeans in 1759, begins in the High Peaks region of the Adirondacks. Outstanding features are the 70-ft. high Rainbow Falls, 8-ft. Horseshoe Falls and Elephant’s Head and Split Rock formations.  An exciting menu of activities is available including Lantern Tours, rappelling and an adventure trail that requires a harness. A museum in the Welcome Center offers an orientation film and an overview of the chasm in the form of a diorama. Ausablechasm.com 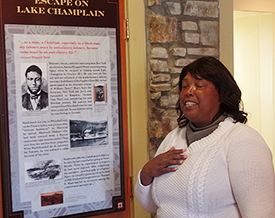 The Underground Railroad has become one of America’s iconic institutions although much mystery continues to surround its operation and operatives. We know that it existed from the first days of the nation and at that time most enslaved individuals ran south. There were “main lines” as well as numerous branches and current research illuminates the role of both free and enslaved blacks as both abolitionists and UGRR workers.

No museum better or more comprehensively documents the story of one of the most important routes, New York’s Champlain Line, than the North Star Underground Railroad Museum. More than 5,000 freedom seekers passed through the state. Founded by historian Don Papson, the museum is located a short walk from the chasm and recounts the area’s history through individual stories of courage and poignancy. There are two outstanding films and a display on religious denominations and their stance on slavery. northcountryundergroundrailroad.com

In conjunction with a museum visit it is possible to take a tour of the surrounding hamlets and sites that served as havens on the UGRR. The trail consists of churches, homes and barns where abolitionist meetings were held and escapees were hidden. This tour gives visitors a real sense of distances traveled and the dangers involved.

The Comfort Inn and Suites Plattsburgh is centrally located, offers all the standard amenities plus WIFI, fitness center and complimentary parking and breakfast.  plattsburghcomfortinn.com

Plattsburg Brewing Company is adjacent to the hotel. It features handcrafted beers including the War of 1812 Plucky Rooster Ale, made from 17th-century ingredients. Dinner and a drink here is a perfect way to end this part of the trip. plattsburghbrewingco.com

Reading Don Papson’s book, “Secret Lives of the Underground Railroad in New York City: Sydney Howard Gay, Louis Napoleon and the Record of Fugitives,” is an ideal way to maximize your trip. These previously unpublished records provide insight into the times and lives of men like Douglass, Garrison and Still.